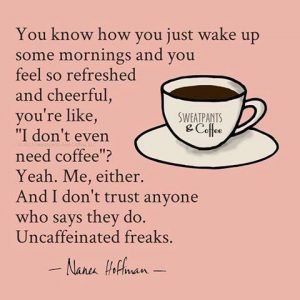 It is my hope that all of the Moms out there had a wonderful day yesterday.  My celebration with my Mom was on Saturday and though my daughter ended up having Mother’s Day off, I didn’t feel up to going anywhere.  I stressed my knee quite a bit on Saturday and needed yesterday to rest it.  I got a few things done with elevating it and icing it in between, but most of my time was spent trying to get better.  We have Baby R for the weekend next week and I truly want to be able to keep up with him.  The good news is I can slowly make my way around the house without crutches, but I do feel more comfortable with at least one if I go outside or am somewhere besides home, for the extra stability.  It’s an improvement, and I’ll happily take it.  My daughter and I will see each other next weekend, and we’ll celebrate Mother’s Day late with my Mom the week after next.  My son called to talk to me two days in a row, so that is a gift in itself! I’m a happy Mama, ready to start the new week.

You created my inmost being; you knit me together in my mother’s womb. I praise you because I am fearfully and wonderfully made; your works are wonderful, I know that full well.

Yesterday, in spite of the fact that I did not see either one of my kids – by my choice – one of them WAS available – I am blessed that they were both in contact, I have a wonderful relationship with both of them, and they in turn have wonderful relationships with their own children. This is so important!  Knowing that there are families out there where there is not an open line of honest, loving communication between mother and child/children hurts because I know my life would feel so empty if my children were not major parts of it.  If you have a difficult relationship with your children or parents, if at all possible and circumstances allow, consider working towards reconciliation.  Family is so important, and the bond between children and parents should, unless abuse is an issue, be a strong, loving one.  If you are trying to prove a point to your children or parents by NOT compromising, forgiving or moving forward, you have nobody to blame but yourself if you end up lonely and on the outside.

Accountants Day (3rd or 4th Monday) – I found varying dates for Accounting/Accountant’s Day, so I’m not sure if this is a valid one or not.  However, I do know that I admire accountants with their abilities to focus on numbers, make everything come together the way it should. I balance my checkbook to the penny, and follow directions for filing taxes, but I couldn’t tell you how I came up with the tax numbers (thank goodness for software that does it for me!).  The accountant for my work is awesome – he is so patient with us.  He asks us questions, and he gets blank stares in return.  We aren’t much help most of the time.  He still manages to come up with what he needs, and we are never the wiser as to what he wants.  Poor guy. We always know when we have completely frustrated him because he has this way of rubbing his face really hard, and ruffling the front of his hair in the process.  I know he doesn’t get how it is we muddle through life without knowing what it is we should know . . . but we really don’t HAVE to know it since we have him!  Happy Accountant’s Day G.  We appreciate you.

National Chicken Dance Day – Well, this is a fun.  I’m sure most of us have heard the Chicken Dance Song, though I admit I’ve only heard it through a stuffed chicken that played the song and flopped up and down when a button was pushed in its wing.  After I heard about this one a few years ago, I asked people about it, even did an informal poll amongst my friends.  Turns out I am in the minority and that many people not only have seen the Chicken Dance at wedding receptions, many have even danced in it!  It is more common in the mid west and east coast than it is out here in the west, but it isn’t unheard of here . . . from what I have been told anyway.  From what I’ve being told and have read about this day, I’m hearing that “it’s a traditional dance played at every wedding reception to get people up and dancing”.  I can tell you, I have performed quite a few weddings in the last few years, and not once have I heard the DJ’s play the Chicken Dance Song.  Granted, I rarely stay for the entire reception, but it’s truly not something I’ve seen or heard done at  even one.  But it is a fun song, and I’m sure its a funny dance.  If you haven’t heard of it  . . . here’s a link.  Enjoy!  Who knows?  You may play it at your next party!

The Stars and Stripes Forever Day – I am fessing up to you – this one was a little involved, so I went back to last year and looked at what I wrote about it . . . I don’t wish to reinvent the wheel – so to speak, so I copied and pasted what I wrote LAST May . . . hope you don’t mind.

The story behind the music: In late 1896 John Philip Sousa and his wife took a much-deserved vacation to Europe.  While they were there Sousa got word that the manager of the Sousa Band had suddenly died.  The bad was scheduled to begin another cross country tour soon and Sousa returned to America immediately to take over the band’s business matters.  He told the rest of the story in his auto-biography, “Marching Along: Recollections of Men, Women and Music”.  Here is a quote from the book:

Here came one of the most vivid incidents of my career. As the vessel (the Teutonic) steamed out of the harbor I was pacing on the deck, absorbed in thoughts of my manager’s death and the many duties and decisions which awaited me in New York. Suddenly, I began to sense a rhythmic beat of a band playing within my brain. Throughout the whole tense voyage, that imaginary band continued to unfold the same themes, echoing and re-echoing the most distinct melody. I did not transfer a note of that music to paper while I was on the steamer, but when we reached shore, I set down the measures that my brain-band had been playing for me, and not a note of it has ever changed

It was an immediate success and Sousa’s band played it at almost every concert until his death over 35 years later.  He even set it to words.  Below you can see the lyrics.  Here’s a link to hear the march and appreciate the amazing brilliance of John Philip Sousa.

The Stars and Stripes Forever Lyrics
by John Philip Sousa – 1897

Let martial note in triumph float
And liberty extend its mighty hand
A flag appears ‘mid thunderous cheers,
The banner of the Western land.
The emblem of the brave and true
Its folds protect no tyrant crew;
The red and white and starry blue
Is freedom’s shield and hope.
Other nations may deem their flags the best
And cheer them with fervid elation
But the flag of the North and South and West
Is the flag of flags, the flag of Freedom’s nation.

Hurrah for the flag of the free!
May it wave as our standard forever,
The gem of the land and the sea,
The banner of the right.
Let despots remember the day
When our fathers with mighty endeavor
Proclaimed as they marched to the fray
That by their might and by their right
It waves forever.

Let eagle shriek from lofty peak
The never-ending watchword of our land;
Let summer breeze waft through the trees
The echo of the chorus grand.
Sing out for liberty and light,
Sing out for freedom and the right.
Sing out for Union and its might,
O patriotic sons.
Other nations may deem their flags the best
And cheer them with fervid elation,
But the flag of the North and South and West
Is the flag of flags, the flag of Freedom’s nation.

Hurrah for the flag of the free.
May it wave as our standard forever
The gem of the land and the sea,
The banner of the right.
Let despots remember the day
When our fathers with might endeavor
Proclaimed as they marched to the fray,
That by their might and by their right
It waves forever.

Underground America Day – This day was founded by an architect by the name of Malcolm Wells in 1974.  Mr. Wells passed away in 2009, but his celebration lives on for the 1000s of homeowners who have decided to live a more ecologically aware lifestyle.  This is a day to recognize those folks who have built underground homes, using the resources that we have in the earth.  It takes less power to heat these homes, as they are insulated by the very ground itself.  They are safe from many different accidents or disasters that could destroy them (maybe like the trees that seem to land on our house, cars and property every time a darn breeze blows through!), and they are completely unique. This is definitely something I would be interested in having some day.  Yes, I’d miss the sunlight coming through some of the rooms, but the benefits would outweigh the negatives.  I could grow wild flowers all over the TOP of my home!  It would be less expensive to live in, and quite honestly, it would be nice not to be cookie cutter like everyone else.  I’ve seen some pretty interesting pictures of some underground homes, and I can tell you that I wouldn’t turn one down if the opportunity arose to have one.

1607 – A party of settlers led by John Smith established the first permanent English settlement in New World at Jamestown VA.

1998 – The last episode of Seinfeld is aired. It’s a sad day in May for millions of Seinfeld followers.

National Buttermilk Biscuit Day – The early 19th century brought the invention of baking soda and powder, and the biscuit got a dramatic makeover from heavy and dense to light as a feather!  Hubby’s sausage gravy goes very nicely over a batch of these delicious little morsels!

Now, I haven’t actually made a low-carb buttermilk biscuit that I like, but I did find this recipe by I Breathe I’m Hungry that sounds like a good one to try!

It’s time to get out the door and on the way to work.  I don’t mind heading out this morning! I am not a lover of summer heat, at all. I know I’ve mentioned it before.  At work we have air conditioning, and I’m thrilled about that! Yesterday was stuffy and far too warm in the house – well, except the bedroom since Hubby hooked up the a/c in there.  It will be comfortable at the office, so it’s off to work I go! God bless you and I’ll see you tomorrow. 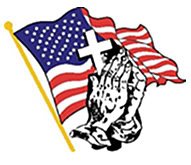