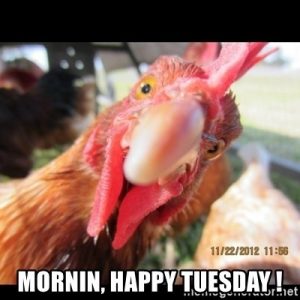 Yesterday I awoke to the sweet sound of morning rain – it’s such a pretty sound! It didn’t fall long, just enough to make everything smell fresh and clean.   This morning the sun is trying to come through the clouds, but I’m not really sure if it will be able to. That’s OK. I prefer driving when it’s not too bright out, since it’s easier to see.  It can be really nice tomorrow, since I’d like to bathe Moose on the porch – less messy that way.  We’ll see if the weather cooperates.

The plans to go hang out with Baby R at a local indoor play place fell through yesterday.  We’ll do it a different day, but that left me at home to get the camping linens and clothes washed and dried. Today I’m scurrying around to get ready so I can go have lunch with a friend, then grocery shopping, followed by a visit to the dreaded dentist. It isn’t that I don’t like my dentist, I do! It’s just that I never seem to go to the dentist without him being a harbinger of bad news. I’m tired of bad news. He’d probably think it is weird if I cover my ears and hum while he tells me, wouldn’t he? Yeah, you’re right. *sigh*

Encourage one another and build each other up, just as in fact you are doing.

While Paul’s exhortation here is excellent, it is the style of the exhortation we should especially notice. We live in an age where we are constantly pressured to emphasize the novel, new, or improved versions of things. But in our lives as Christians, our knowledge always exceeds our obedience. So more often than we like to think, we need to remind each other of what we are doing right and just simply say, “Hey, you’re doing well; just keep doing what you’re doing!”

Having someone who has recently gone through similar yuck is somehow soothing, isn’t it? It doesn’t make one feel so completely alone. 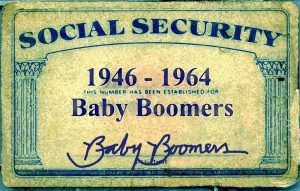 Baby Boomers Recognition Day –  Baby Boomers are people who were born between 1946 and 1964, conceived in the time right after World War II.  It was a time of celebration, of families being reunited, and yes, the boom of births following the end of any war is to be expected.  According to a website called www.babyboomers.com, the generation includes about 75 million adults in their most productive years.  Many boomers are looking at ways to make their retirement years meaningful and secure right now – though good luck with that in THIS economy.  The span of birth years for baby boomers is quite large – though I can’t a reason for the length of time allowed for this post-war boom – but apparently to correctly identify a baby boomer, they should be able to:  Name the 4 Beatles, Remember the ’60s (or not), recall TV images from the Vietnam War (or have been IN the Vietnam war), or discuss “blueberry hill”, Popeye and rotary dial telephones.  Hey, I’m not a boomer – not technically – I missed the window by 1 year – but I remember rotary phones!  So how do we celebrate this one?  I have absolutely NO idea.  I guess it’s up to each boomer to celebrate however they wish. 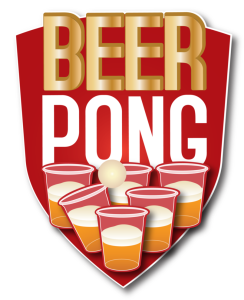 Beer Pong Day – I knew Beer Pong was a college drinking game, and as such games are not something in which I have ever participated, it never crossed my mind that there would be special celebrations in their honor. It appears that in this instance, this is a very popular game! For the beer drinkers out there who would like to make it a competitive event, this may be the day for you. It seems that the official, and trademarked “Beer Pong Day” was first organized on May 6, 2006 at the University of Arizona in Tucson, Arizona by Mr. Beer Pong (also trademarked), Jack Brosseit. His wife, Mary Brosseit (Mrs. Beer Pong – TM) and their oldest daughter for a graduation party for their youngest daughter, Miss Beer Pong – TM). It is obvious that Beer Pong was a favorite way to celebrate and party, because apparently party chit-chat is boring. Playing games and being active is fun and it was agreed to have beer pong at the event. Everyone had so much fun that it was decided that there would be Beer Pong Day on the 1st Saturday in May every year. Over the years it grew from just family and friends, to others joining in on camping trips, and it was decided to add themes each year. There has been Green Beer Pong Day – for environmental awareness, Patriotic Beer Pong, etc. The name changed from Beer Pong Day, to National Beer Pong Day, and again to World Beer Pong Day when some folks from Australia joined in. Now it’s back to Beer Pong Day, for whatever reason – and it works!   The Beer Pong Family, on their official website, wants everyone to remember that Beer Pong Day promotes family fun, sportsmanship and safe/responsible beer pong. They do not condone or advocate over consumption , or under age consumption, of alcohol, and always want to remind everyone to play beer pong and other games safely and responsibly. I looked up the rules of the game, and surprisingly enough, there are quite a few! You Tube has several instructional videos, so anyone interested can do a quick search to find out. Since I only drink beer occasionally, and it’s usually an expensive variety, I’ll stick with sipping it slowly and savoring the flavors that a good brew master can create, rather than drinking quickly throughout a game. To each his/her own though. Have fun and remember, don’t drink and drive.

Festival of Popular Delusions Day – Tomorrow we commemorate D-Day, the day Allied forces landed in Normandy.  Today though, is the anniversary of the day the Germans wrongly believed no invasion would occur due to poor weather conditions. This was the first Festival of Popular Delusions Day, “celebrating the anniversary of the last time before D-Day the Germans thought they had a good shot at taking over the world,” according to News Times.  We aren’t intended to take this holiday all that seriously, and can choose to celebrate it by lining up our own beliefs with facts and reality.  Some delusions are simple and funny, and some can be serious and evidence of a mental disorder.  Be aware of that and get help if needed! 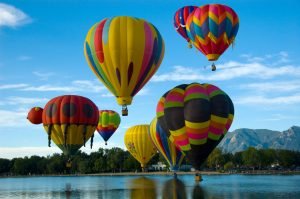 Hot Air Balloon Day – As odd as this sounds, since I am truly afraid of heights, I have always wanted to go on a hot air balloon ride.  Weird, huh?  It just looks so amazingly romantic and whimsical!  Did you know that the hot air balloon is the oldest successful human-carrying flight technology?  On November 21, 1783 the first untethered manned flight was taken in Annonay, France.   A hot air balloon consists of a bag, called the envelope, that can contain heated air.   Hanging below is a gondola, or wicker basket, which carries passengers and a source of heat, which in most cases is an open flame.  The heated air inside the envelope makes it buoyant since it has a lower density than the relatively cold air outside the envelope.  Beginning during the mid-1970s, balloon envelopes have been made in all kinds of shapes, such as rocket ships and the shapes of various commercial products, though the traditional shape remains popular for most non-commercial, and many commercial, uses.  The how’s of it all sort of take away from the romance, but when you look at a balloon floating across the sky, hanging on a breeze, it just makes me sigh and wish I could be there too. 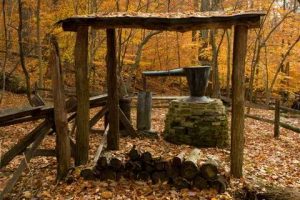 National Moonshine Day – Moonshine, white lightning, mountain dew, hooch, or Tennessee white whiskey is a high-proof distilled spirit, generally produced illegally. The word “Moonshine” is believed to come from the term “moonrakers”, a word used for early English smugglers and the secretive (i.e., by the light of the moon) nature of the operations of illegal Appalachian distillers who produced and distributed whiskey.  The history and story of Moonshine is filled with characters and legends that have all helped shape this unique and colorful part of American history.  I’ve tried moonshine once.  A friend’s family knows people who make it back east somewhere.  They put pineapple in it!  Oh my gosh, that was some STRONG pineapple, but really quite delicious.  I made a pineapple upside down cake for them with the leftover fruit . . . not for children, or for anyone who has to drive, for sure! 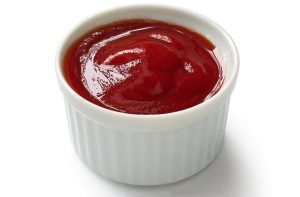 National Ketchup / Catsup Day – I had no idea there was so much information to know about ketchup/catsup!  As most of us know, ketchup is a condiment.  The original use of the word/condiment included recipes that used egg whites, mushrooms, oysters, mussels or walnuts, but in modern times it is a tomato based sauce.  It is sweet and tangy, has tomatoes, sweetener and vinegar – along with some seasonings and spices. It is most often used with foods that are fried and greasy – such as French fries, hot dogs, hamburgers, chicken tenders, tater tots, meat pies, eggs and on other grilled meats.  It is also used as an ingredient I other sauces.  In the 17th century a mixture of pickled fish and spices was made by the Chinese and called kôe-chiap or kê-chiap. In Malasia the word for it was kicap, or kecap (said kay-chap), which was the word to eventually evolve and become ketchup.  The English brought it with them to the American colonies.  Now here’s condiment called ketchup that sounds a bit yucky to me, even though I love mushrooms. Mushroom Ketchup. It was made in the United Kingdom using mushrooms instead of tomatoes as the main ingredient, and looked like a muddy paste.  It’s not as commonly used any longer, which makes sense if they have tomato ketchup to use instead. There are many recipes for ketchup but the tomato version didn’t happen along until about a century after the other types.  There was a lot more information, but I figured that was probably enough.  For your information, there are many lovely keto/low-carb recipes for homemade ketchup that are absolutely delicious and do not include sugar! 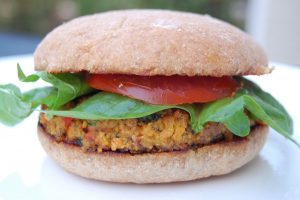 National Veggie Burgers Day – Last week we had National Hamburger Day so this one is the vegetarian answer to that. I found a recipe using quinoa in the burger patties, and since I really do like quinoa and appreciate the high protein in it, I’ve shared it with you from www.myingmag.com

After a week of food free-for-all, I’m feeling a bit yucky.  Yesterday I re-booted my eating plan so I’ve been looking at the website for the restaurant where I am meeting my friend, have my plan for what I can eat and am determined not to de-rail myself after just one day. I can do this! We are meeting up for a nice visit, not necessarily with the intention of messing up our diets.  I’m off to have fun, followed by the chore (which I actually enjoy) of shopping, followed by the even worse chore of going to the dentist, then home to make dinner. Have a great day! God bless you and I’ll see you tomorrow.