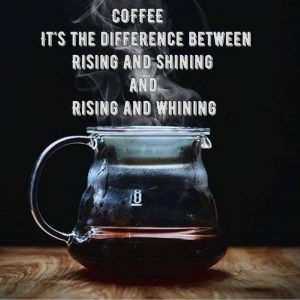 It’s been a week of distractions and the derailment of best intentions, all self-sabotaged of course. Truthfully, more often than not, I fell asleep in my chair right after dinner and woke up in time to stumble off to bed. I’m not even going to try to come up with an awesome story as an excuse. I’m tired, and my brain just decides for me that it is time to sleep. So, I do! Not always voluntarily either. It sometimes is like someone flips my switch into the off position and I’m gone.  That and we have lost power three times this past week! It feels like we just get the clocks all set and we have to do it all over again! The weekend was gorgeous though – but I saw on the news that it’s back to rain for us this week, which is annoying since I would like to wear decent shoes to work and I don’t want to ruin them in the wet. By the time dry weather comes it will be too late in the season to wear boots.

It’s been a GREAT week though, hasn’t it?  President Trump gave the most amazing SOTU speech that I have ever seen! He was incredible, honoring so many truly wonderful people. Of course, the Dems were incredibly disrespectful, following the lead of the head hag, Nancy Pelosi. I have never seen such a baby tantrum being thrown by someone who is supposed to be one of our political leaders. I’m sure you all have seen the news coverage, regardless of which slant they took, and you’ve likely come up with your own opinion.  And now you know mine. As far as I’m concerned, she should be removed from her position so she can take up day drinking in the nearest bar, though by her speech and behavioral patterns, that may have already started.  Also, President Trump was acquitted, and the impeachment stupidity is over. For now. I heard that the Demwits are already trying to cook up their next set of lies. Pray for our President is family, because from what I’ve been reading, he is ready to start draining the swamp. It’s about time, but I worry about his safety, and that of his family, while he is doing it.

My goal this week is to do something extra every day around the house, rather than holding it all for the weekend. Every day I get up, make breakfast, pack lunches, exercise, get ready and go to work. I come home, fix dinner, fall asleep in my chair, etc. By the time the weekend comes, I have so much to do that I feel like I’m racing around to get it done and there isn’t much enjoyment of my days off! One extra chore each day should reduce the load significantly by the time the weekend comes.

For we are God’s workmanship, created in Christ Jesus to do good works, which God prepared in advance for us to do.

Did you know that God is an artisan? Even more importantly, did you know that you are one of his masterpieces? God has designed us to be beautifully useful for doing good things! So, let’s not let anyone, especially not the evil one, convince us that we are not worth anything to others or to God. His grace has made our lives canvases upon which he will provide the world more masterpiece works of his artistry! Let’s live up to God’s high opinion of us. 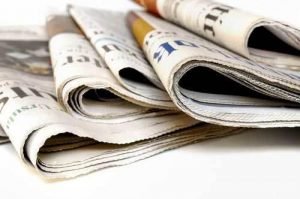 All the News That’s Fit to Print Day – When I was a kid, my parents got the newspaper every day. It was a morning ritual for my Dad to get his cup of coffee, sit down in his chair, open up the paper and read it cover to cover. At that point in time, for the most part unless it was an editorial page, you could be fairly confident that the reporter did a decent job of just telling the news, as part of being a reporter was being impartial in your writing. That is no longer the case, obviously. Not nearly as many people get the newspaper now. Many of us get a lot of our news online, and from a huge variety of sources, if we want to come anywhere close to reading/hearing/seeing the truth.  Honestly, if the newspapers only printed what was fit to print, by the current lying standards of reporters in general these days, we would have the Dear Abby column (or whatever today’s equivalent is), the sale papers and the classifieds. Everything else rubbish. 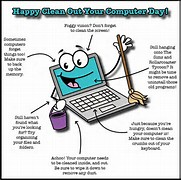 Clean Out Your Computer Day – This is one that I am sure we all need to celebrate at LEAST once a year, maybe even more.  How many of us save pictures, files, links, spreadsheets and programs that we used once or twice, then forgot about, that long ago should have been deleted, but we leave them on our computers to just clog things up.  All of these things we hang onto without even thinking about it, slow things down and even cause us frustration over the slowness, and we blame the computer when it’s not even the poor computer’s fault.  It’s doing the best it can to do what you want it to, in spite of the fact that its storage capacity could easily be nearly at the limit.  So, get into the spirit of the day and clean out the computer.   It’s the pre-spring cleaning of your cyber world. 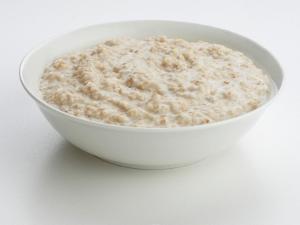 Meal Monday (2nd Monday) – This one is interesting and it’s somehow the first time I’ve heard of it.  This is a traditional holiday that is observed by the ancient universities of Scotland on the 2nd Monday of every February.  Throughout the 17th century, the students at Scottish university lived in the most basic of accommodations. They had to bring their own fuel – such as firewood or peat – to keep a fire going. They had a very poor, limited diet, which consisted mostly of oatmeal, which they made into porridge. This was the case until the late 19th century. Most of the students lived far from school, so they would be scheduled for the occasional long weekend so they could go home to replenish their supplies. These long weekends once a month, usually on the 2nd Monday of the month, were dubbed Meal Monday.

Plimsoll Day – On February 10, 1824 Samuel Plimsoll was born.  He was very interested in safety at sea and condemned the owners of the ships who put the sailor’s lives at risk by dangerously overloading the ships with cargo.  He discovered that nearly 1,000 sailors a year were drowning on ships around British shores because of the overloading.  He started a campaign to make in mandatory that ships have a load line marking when they were overloaded, which would ensure the safety of the crew and the cargo.  The line on the ship came to be known as the Plimsoll Line.  It is also known as the Load Line or The International Line.  This marking on the ship’s hull shows how low or high the ship is sitting in the water.  By examining the plimsoll line you can tell the depth that a ship may be safely and legally loaded.  This marking is now mandatory and international.

I realize that though this may not be the most exciting thing to celebrate, it is something very worthy to acknowledge because this implemented safety regulations that kept many sailors alive and able to sail home to their families. So, thank you Samuel Plimsoll for caring, for standing up for what you believed in, and making the necessary changes to keep so many people safe over the years. 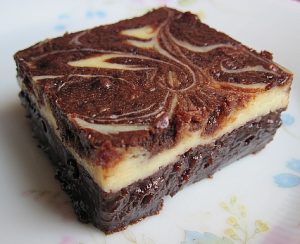 National Cream Cheese Brownie Day – There are many days when I wonder why all of the official food holidays can’t be about fruits or vegetables! At last THOSE I could celebrate without guilt!  But no . . . once again we have tempting deliciousness to look at and drool over!  Today everyone who is able to indulge themselves can combine the two amazing flavors of cheesecake with brownies – getting the best of both worlds.  It’s funny because both of today’s food holidays deal with brownies. I almost made brownies last night, but Hubby thought Peanut Butter Chocolate Chip Cookies sounded better. Oh well, maybe sometime later this week.

National Have a Brownie Day – If you don’t want to bake your own brownies today, perhaps go to a local bakery and buy one. Take it home, top of off with a dollop of vanilla ice cream and voila! You are ready to celebrate!

I’ll try to be consistent this week, but I won’t make any promises that I may not be able to keep. God bless you and I’ll see you soon.