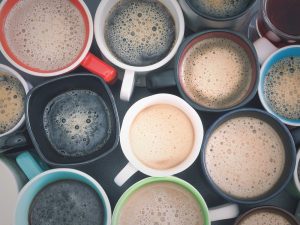 Whew – it’s Thursday, or for me, it’s my Friday. I cannot tell you how grateful I am that the week is nearly over for me.  Work has been OK. Honestly, nothing has been overly horrible – I just haven’t been feeling well and I want to sit, sip tea, browse the internet, plan menus and take naps. Yep, that will be my Friday. I just have to get through today. Coffee!  Need coffee!

If I rise on the wings of the dawn, if I settle on the far side of the sea, even there your hand will guide me, your right hand will hold me fast.

Can you believe the crap storm that has been raging over President Trump buying fast food for the Clemson football team? Seriously? We are in the middle of a government shut down because the Democrats won’t buckle down, fund the wall and move forward. Because of that, even the White House staff is reduced. Why? Because Trump isn’t a hypocrite, that’s why. He bought 100’s of sandwiches, pizzas, fries, and other items from several different establishments because it was fun, and because seriously, he likes fast food. The left is enraged – for no other reason than because it’s Trump and the Trump Derangement Syndrome is at all time high levels of ridiculous. They praised Obama for providing Five Guys Burgers at an event. They thought it was endearing when Bill Clinton liked Big Macs, but liberal tears overfloweth whenever our President does anything. I guess that means he is doing everything right – the day they love him is the day we should have to wonder if he is losing his touch. Carry on Dear President. As always, we pray for you daily, that the idiots won’t get you down and you keep doing what you are doing, because you are very good at it. 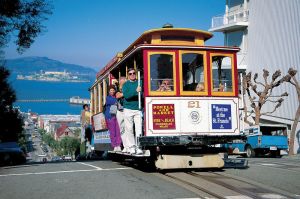 Cable Car Day – One damp summer day in 1869, in San Francisco, Andrew Smith Hallidie saw a horrible accident, and that accident inspired the creation of cable cars.  Andrew saw a horse drawn street car slide backwards under its heavy load, dragging five horses to their deaths.  He and his business partners were horrified by this accident, and they had the knowledge and ability to do something about the problem.  Hallidie moved to the United States from England in 1852.  His father was an inventor who filed the first patent in Great Britain for the manufacture of wire-rope.  When he was young, Hallidie found uses for this wire-rope in California’s Gold Country.  He used the wire rope to design and build a suspension bridge across Sacramento’s American River.  He found it was also useful for pulling heavy ore cars out of the underground mines on the tracks.  That technology was all ready to use for pulling cable cars.  Hallidie moved the wire-rope manufacturing to San Francisco right before seeing the accident, but after he saw it, cable cars would be invented and life in San Francisco would get safer and easier.  Here’s a listing of the chronology of the life of cable cars from 1852 to now!  I thought it was pretty interesting. 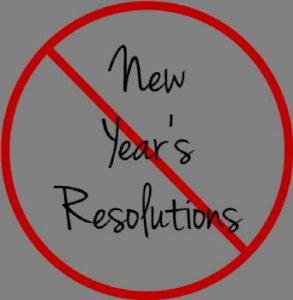 Ditch New Year’s Resolutions Day – I can’t say that I agree with celebrating this one, but I’ll tell you about it, just in case you are interested for yourself.  This is the day that has been set aside for ditching those pesky New Year’s Resolutions that we make for ourselves on the 1st day of the year.  Some people may have already met a few of their resolutions, others may be doing very well with them, and yet others may have decided they bit off more than they could chew.  It’s THESE folks that may be wanting to celebrate this one.  Personally, I think it’s a bit too soon for this . . . it’s just mid-month!  Did you know that statistically 35% of the people who make resolutions have already given up on them?  Give it a little longer to see if you can make it work!

Get to Know Your Customers Day (January 17, April 18, July 18 and October 17 – 3rd Thursday of each quarter) – This day is celebrated the 3rd Thursday of every quarter and is the day to take the time to get to know your customers and what their needs and opinions are about your business. It’s a good day for your sales department to do some special promotions – if that fits in with your business – perhaps take a client or two to lunch. It would also be a good day for the people who serve YOUR business to take some time to take you to lunch or get to know you better too! This goes both ways!

Hot Heads Chili Day – I searched everywhere, and other than finding the name of this day on the list of bizarre holidays, I don’t know why, when it started or what the originator intended.  But I do know that it sounds like it could be a great day for testing the stamina of your taste buds and trying out some hot chili’s!  I used to be able to handle some hot stuff, but lately I’m a bit of a heat wimp!  I’m not sure what has changed, but even the slightest spicy heat lately makes my tongue feel like it’s blistering. This makes me really upset since I’ve always loved a good spicy salsa with a bit of a bite to it.

Judgment Day – Well, shoot, I have nothing for you again!  I found today listed as “Judgement Day” in several places – but none of them offer anything concrete for a reason.  All I found were several people thinking it was funny to make fun of the Bible, Christians and their belief in Judgment Day someday.  It always leaves my tummy feeling knotted up when that happens.  What I can say though is, we know that someday we will be facing Judgment Day, and on that day we need to be ready to talk to God face to face – so today should be a reminder to assess our hearts and make sure they are where they need to be. 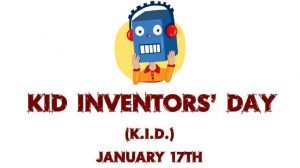 Kid Inventors’ Day – Those of us who have children, or have ever spent any time around them, know that kids are doggone smart.  What many of us might NOT know is that some of our most common and everyday household items were invented by kids! I know! I was surprised too!  Today is a day to recognize the accomplishments of these amazing kids – and appreciate the cool stuff they have created for us.

* At the age of 15, Louis Braille invented Braille, an alphabet for the blind that uses a system of raised dots.

* 15-year-old Chester Greenwood invented the earmuffs in 1873 to keep his ears warm while ice skating.

*  In 1930, 16-year-old George Nissen, a member of his high school gymnastics and diving teams, invented the trampoline in his parent’s garage.

There are SO many other examples of things kids have invented, but how cool is it that these kids were recognized at such young ages for their accomplishments? 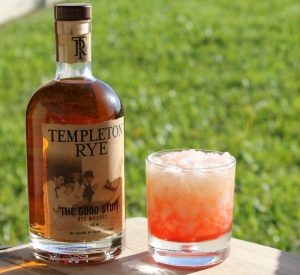 National Bootlegger’s Day – Somehow I’ve missed this one over the last couple of years, and I don’t know why! It is from a fascinating period in our nation’s history – Prohibition. It is celebrated today because today is the birthday of Al Capone (bootlegger), Meryl Kerkhoff (the son of another bootlegger) and Templeton Rye Whiskey.  Do you know where the name bootlegger started? This is really interesting!  It began in the 1880s in the Midwest when flasks of liquor would be concealed in boot tops when traders would do business with the Native Indians.  When Congress passed the 18th Amendment to the Constitution in 1920 prohibiting the manufacturing, sale and transportation of alcohol the word found a permanent place in our vocabulary when, in spite of the change in the law, people still wanted booze.  Bootleggers were the folks who brought it to them through illegal means creating quite the business for themselves by bringing it in from Canada and Mexico and later on creating it themselves in backwoods and out of the way place.  Other words used in place of bootleggers were rum-runners and moonshiners.  It was all pretty much the same thing.  The legendary part of all of this is that bootlegging gave rise to the mafia and famous bad guys like Al Capone, Lucky Luciano, Alphones Kerkhoff and Bugs Moran.  An aura of glamour and mystery surrounded them, even though they truly weren’t nice guys.  Prohibition was repealed in 1933.  It obviously wasn’t accomplishing what they’d intended for it to accomplish.  Now about the Templeton Rye – when Prohibition went into effect in 1920 the residents of a small town in Iowa decided to become outlaws by producing a high-caliber and very in demand whiskey known as Templeton Rye, or The Good Stuff.  One of those outlaws in Iowa was Alphonse Kerkhoff.  Ahhhh, now it all comes together!   Templeton Rye became Al Capone’s whiskey of choice, putting it smack in the center of Capone’s bootlegging empire.  History is fascinating, isn’t it?

1984 – The U.S. Supreme court rules that taping on home VCRs does not violate copyright laws. 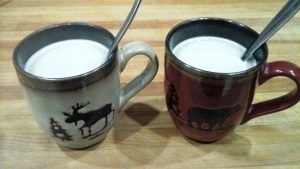 Hot Buttered Rum Day – Nothing is more soothing on a cold winter’s day than a hot beverage to warm your hands and chase away the bitter chill. Hot buttered rum is a delicious way to do just that.  If it weren’t for not wanting to break my New Year’s Resolution (I am NOT part of the 35%), I’d have one!  Mmmmm, sounds so good!  Rum is distilled from molasses, which is a byproduct of refined sugar. This is something I did not know! Rum is a New World creation and was being made by settlers in the American colonies by the 1650s. Toddies, which are cocktails made with boiling water, sugar and spices, originated in Northern Europe.  When the Colonists began distilling rum, the rum toddy — or hot buttered rum — was born.

One cup of coffee down, one ready for the road. Let’s get this Thursday started, celebrate the little things and look forward the end of the day. Yep, that’s what I’ll be doing! God bless you and I’ll see you tomorrow.