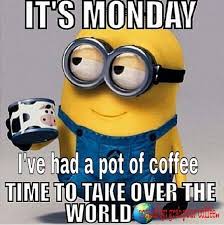 Brrrr, It’s chilly out!  I’m pretty happy that today is a holiday so I didn’t have to be out on the road.  After yesterday’s snow and subsequent melt off, the roads were likely to be a sheet of ice in places. Especially the shadowed, hilly ones.  It seemed like a wonderful day for soup, and since I didn’t have any leftovers from last night to put into Hubby’s lunch I put on a pot of chicken vegetable soup so I can take him down a bowl at lunch time.  It smells so good in here!

Dear friends, since God so loved us, we also ought to love one another. No one has ever seen God; but if we love one another, God lives in us and his love is made complete in us.

Can you imagine what an honor it is to have the Creator of the universe, the Lord God Almighty, living inside of you! And when we love each other, that is exactly what happens. When our hearts are full of love, there is room for God. When they are not full of love, we leave God little room to take up residence and produce his character in us. Let God complete his love in you. Make a commitment to do loving things for others today!

In the bright light of a crisp, cold morning, it is easy to have a smile on our faces and confidence in a good day to come.  It is when the sun goes down and the cold winds blow that we tend to forget the beauty that is there in the light and allow our fears and worries to take over. Bottom line is that God is in control whether it is sunny or dark, warm or cold, windy or still.  He is always here with us – we just need to trust, even when it isn’t easy to put away our fears.

Iwo Jima Day (Landing) – On this day in 1945, American forces launched one of the bloodiest battles of World War II, after invading the Japanese island if Iwo Jima.  The U.S. Marines’ 5 week assault, which was the first Allied attack on Japan’s home territory, was the accelerant to the U.S. to build the first nuclear bomb.  The hope was that Iwo Jima would be a good staging post to launch an invasion of the main islands, which were 660 miles away.  Of the 70,000 Americans hoping to capture this staging post, nearly 7,000 died and 19,000 were wounded.  The resistance from the Japanese was so fierce, that out of 22,000 defending soldiers, only 200 surrendered, even though they had no hope of withdrawing or getting help.  Almost 19,000 were killed, and nearly 3,000 hid in a series of caves that were in the eight-square-mile volcanic rock, and those men continued to attack Americans for months afterwards.  The battle of Iwo Jima was immortalized by Joe Rosenthal’s photo of U.S. troops raising the American flag on the island’s highest point, and was the Marine’s toughest fight.  Within a week of conquering Iwo Jima, U.S. forces invaded Okinawa in the biggest combined land, air and sea battle the world had ever seen, this time using mostly Army.  In all, 183,000 American soldiers, compared to 156,000 U.S., British and Canadian troops in Normandy, landed on the island 340 miles from Japan’s mainland.  Fierce fighting for 82 days left 34,000 American and 100,000 Japanese soldiers dead after the Japanese again refused to surrender.  Japan also launched 1,465 Kamikaze attacks, during which the pilots killed themselves by steering their planes towards ships with the intention of crashing into them.  In the end, America may have tipped the balance of power, but only after three months of horrible battle on the 60 mile long island.  It was feared that if the same level of resistance was put up in a larger area, that the loss of American lives would have been far, far larger.  Because of this, a decision was made to use nuclear weapons, and on August 6, 1945, only 21 days after being tested, the first atom bomb was dropped on Hiroshima.  70,000 people were killed instantly, with radiation and burns killing 96,000 more over time.  STILL Japan refused to surrender, so three days later the U.S. dropped another nuclear bomb, this time on Nagasaki, killing 40,000 people in an instant.  On August 15, Emperor Hirohito announced Japan’s surrender, telling his people in the first radio broadcast ever that “The enemy now possesses a new and terrible weapon.”  This surrender came nearly four years after the Japanese attacked Pearl Harbor, which was what led to America’s entry into the war.  The loss of life on both sides was such a huge and horrible price to pay.

National Lashes Day – They say that the eyes are the windows to our souls, so that means we need to keep them healthy. Part of doing that is taking care of our eyelashes!  So many of us use mascara to enhance our eyelashes, but we don’t give their health a passing thought.  We should though!  They protect our eyes from things that may get into them, and when they look good so do we.  Have you ever noticed that if you forget to wear mascara you look a little ill? At least I do. Anyway to take care of them properly we need to clean them before going to bed every night, using product that is actually made to use on the eyes.  Rubbing on the eyes is bad for them, as is picking the mascara off of them or being too rough when cleaning the mascara off of them.  I found out recently that that gritty feeling our eyes have in the morning that we call “sleep in our eyes” isn’t sleepiness at all . . . it is bacteria.  Lots and lots of icky bacteria. That is why the special cleansers are so important – it kills the bacteria – or at least keeps it in check.  I got a horrible sty in my eye that is still trying to heal.  When I went to the doctor he gave me steps to do every day to keep the bacteria in check.  Bottom line – take care of your eyelashes. What you do, or don’t do, can really impact the health of your eyes.

Presidents Day – is a day set aside to honor all of the U.S. presidents. We often think of two great presidents George Washington and Abraham Lincoln when we celebrate this holiday, as it falls by design between their birthdays. More and more of us, look at this day as a tribute to each and every person who has ever served in the office of the President of the United States of America. It is a national holiday. While Federal employees, the post office, and banks have the day off, most businesses and industry do not recognize it as a paid holiday.  I am very fortunate to work for a company that honors this day, but my hubby has to work.

Women in Blue Jeans Day – I remember going through pictures as a kid, looking at each and every familiar snapshot as if it were the first time I was seeing it.  In those pictures were quite a few of my Grandma K.  No matter what she was doing, she was in a dress!  Not in heels like the Moms in the TV shows, but a dress nonetheless, and always with her apron.  Whether she was gardening, cooking, cleaning or hanging onto a baby with one arm while stirring a pot with the other . . . always in a dress.  It was the time she lived in, and normal.  When a woman wore pants, much less jeans, unless she was doing tough manual labor, it was frowned upon.  Grandma was different though.  She was ahead of her time in many ways.  She rode the range herding cattle with her brothers growing up, so she already knew that jeans were more comfortable.  Honestly, I don’t think I ever actually saw her in jeans, with the exception of one photo from when she was a young teenager on her horse.  Even when women began wearing pants all the time, she wore slacks, never jeans.  I wear jeans every day to work – we are a very casual office – and I’m grateful for that!  It keeps down wardrobe costs and it is far more comfortable than having to get all dressed up all the time.  I’m sure we all have a favorite brand or style . . . with the best being a pair that is broken in and fits perfectly.  Enjoy this day!  If you don’t normally get to wear jeans to work, at least slip into your favorite pair when you get home.  I have to say while I was writing this I couldn’t get Neil Diamond’s “Forever In Blue Jeans” out of my head.  And now I bequeath that to you . . . and I’m not even a Neil Diamond fan!

1913 – A prize is inserted into a Crackerjacks box for the first time.

Chocolate Mint Day – Chocolatey yet refreshing — what’s not to love about mint paired with the ultimate indulgence? Chocolate Mint Day celebrates anything and everything that is chocolate mint flavored. The most common chocolate mint treats are ice cream, candies, and desserts. Not everyone likes chocolate mint, but those who do love it. No, we don’t know why some people don’t like this great flavor. Personally I LOVE LOVE LOVE the combination of chocolate and mint.  Thin Mints are some of my very favorite candies, and chocolate chip mint ice cream is a very rare, but oh-so-loved treat.  I think that today I am going to make a Chocolate Peppermint Bundt Cake.  Here’s the link for the recipe by low carb genius Carolyn Ketchum!

I’d better get this going! If I hurry it may be ready in time to take a slice to Hubby when I take him his soup! God bless you and I’ll see you tomorrow.