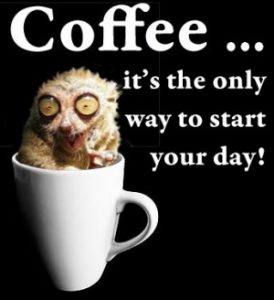 I posted yesterday evening instead of morning because I couldn’t get my scheduler to work and didn’t have the time to post while I was at lunch. That means many of you didn’t see my political rant until evening. Today I want to start out asking everyone who loves this country, to pray for our leaders.  Whether or not you care for them, they are the elected officials in our nation, put there by the voters (though many of those voters voted illegally – just keep that in mind), and as such have a job to do for “We the People”. Sadly, many of those in office wish to push their own agenda instead of working for what the citizens want or need. With that in mind, pray. Pray for our President, that he lead wisely, and with our best interests ahead of everything else.  Pray for the Senate, for Congress, for the Supreme Court, for the representatives and governors of each state. Pray for the individual mayors and others in leadership. All play a role in how our nation succeeds or fails.  Pray that those who mean our country harm be stopped though legal means, and if possible, tossed in jail for treason, theft, or whatever crime they have committed, and crimes are most definitely being committed.  Pray that no matter what crap the media and those against our President sling, that they do not succeed. Pray that we return to being a God fearing nation, and that we lift our country up to God every single day.  With God all things are possible, and we saw this first hand when the electoral college listened to the people and elected our President. Let faith continue to carry us forward to a healthier nation, a nation that once again is great, strong and free.

[Jesus said,] “Do not let your hearts be troubled. Trust in God; trust also in me. In my Father’s house are many rooms; if it were not so, I would have told you. I am going there to prepare a place for you. And if I go and prepare a place for you, I will come back and take you to be with me that you also may be where I am.”

He’s coming back! As much as the world likes to remember Jesus’ first coming during the Christmas season, we need to remind them that his Second Coming will be even greater. We want to be prepared — lives dedicated to his glory and hearts full of expectation at his coming.

[Jesus said,] “I have told you these things, so that in me you may have peace. In this world you will have trouble. But take heart! I have overcome the world.

This world is a place of struggle. Yes, we can live above the struggle for awhile. We can find a way to simply ignore or re-label the struggle for a time. But in the end, the struggle will find us. But in the midst of struggle, we can remind ourselves that our victory is secure. Jesus has won! We will share in his great triumph. In case you didn’t know, the final outcome is already determined and Christians “win big” through Jesus. And this victory is a forever win!

Tick Tock Day – We’ve reached the end of 2018 . . . for some it’s been a great year, for some, not so great.  But we did make it in spite of the mayhem in our country.  But with only two days left, can you hear the clock ticking?  Well, that’s why we have TICK TOCK Day!  Today is a good day to finish up any resolutions that you set for this year and didn’t achieve, cram in a last-minute workout, or just cross the ones not accomplished off of this year’s list and put them on one for next year.  Tick Tock! That clock is winding down really fast and there’s not much time left to get it all in!

Falling Needles Family Fest Day – This one is pretty cute. The people at www.wellcat.com created it, and it is one likely being celebrated by many across the country without even knowing it! The Christmas trees have been up for weeks and many of them haven’t been watered since a couple of days before Christmas, which means the needles are falling off and gathering in the tree skirt and the carpet. This celebration says to gather the family around and watch the needles fall one by one, and even suggests living it up by dancing barefoot around the tree. I wouldn’t go that far – these needles get sharp!

No Interruptions Day – As the old year winds down to the last hours and minutes, it sometimes feels like a hush falls on time. We are all gearing up for the New Year and are letting go of the old.  For just this time of the year, if at no other time, we are in a place where not much is going on, a sort of pause.  While we take that pause, we can get something we don’t often get – a day of no interruptions.  Enjoy it! It doesn’t happen all that often – sometimes not more than once a year.

Dec. 30, 1924 – Edwin Hubble announces the existence of other galactic systems. The Hubble telescope was later named after him. 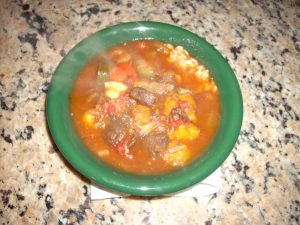 Pepper Pot Day – This is an interesting one.  I actually really like looking at the history of foods.  Today we commemorate the creation of this thick spicy soup, which was served to the Continental Army during the cold, harsh winter of 1777-1778.  Pepper Pot soup was first made on December 29, 1777.  According to the legend, during the Revolutionary War, the Continental army was camped at Valley Forge.  It was a cold, harsh winter and the conditions were deplorable.  Food was scarce.  George Washington asked his army’s chef to prepare a meal for the men that would do two things – warm them up and boost their morale.  The chef found scraps of tripe, small bits of meat and some peppercorns.  He mixed them all up with some other ingredients and created what came to be known as Pepper Pot Soup.  You may have heard of it under the name “Philadelphia Pepper Pot Soup”.  It was hot, somewhat spicy and the troops enjoyed it.  Some call it the “soup that won the war”.   Today, if you’re in a soup mood, make some Pepper Pot Soup to celebrate the day.  Now, please note, that though tripe was the main ingredient in this soup – it’s what they had at the time – you can substitute chicken or beef.  I know I would!

Here is a recipe that says it is authentic.  Again, I’d substitute chicken or beef (probably beef) for the tripe and I see it calls for a veal bone – I’d go for a regular beef bone because I don’t agree with eating veal – a personal choice).

National Bicarbonite of Soda Day (Baking Soda) – I guess there are a lot of reasons to celebrate this wonderful substance – it DOES have a LOT of uses.  So, what does Baking Soda do?  Most people know that you can bake with it, but why?  Well, let’s skip the chemistry lesson, and how it is made, and just discuss what it is, and what it does.  Bicarbonate of Soda (Baking Soda) is a chemical compound – sodium carbonate, or sodium bicarbonate.  When you heat it up it creates carbon dioxide, which is a gas.  The gas helps baked goods to rise as they cook.  It doesn’t just have its uses in baking though. There are lots more you can do with it. Here are just a few:

Here are some interesting facts I found on www.foodimentary.com  that I thought you might like to read: 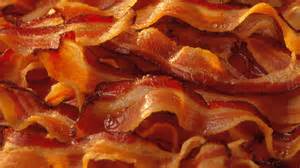 National Bacon Day – I feel sorry for vegetarians on days like today. No, seriously, I do!  They miss out on so much by not eating bacon!  So many people love bacon that there are actually several days a year that it is celebrated, and we’ve had it on our table for just about each one. Today won’t be any different – I just have to figure out what I’m going to DO with the bacon!  Think about it! You can do so many dishes with bacon!  You can make it crispy or chewy, have it cut thick or thin.  It can be smoked, fried, baked, boiled or grilled.  You can use it for breakfast, lunch or dinner and you can even find it in cocktails and desserts these days!  Heck, I saw a friend on Facebook who copied a picture she saw and wrapped her Thanksgiving turkey in bacon and baked it that way!  We will definitely be enjoying bacon today, and tomorrow and many tomorrows after that. EVERYTHING is better with bacon, right?

Today my daughter and her family are coming over to celebrate Christmas with us. That means I get some quality Little Man R time! WOOHOO! Now that he is two years old, he will have a little better understanding about what is going on – not quite as much as next year, but we’re getting closer to him knowing what it is all about! How fun! I need to get myself going and start making some treats for all of us to eat. I want to have everything mostly ready when they get here so I don’t have to be focused on cooking when I could be having family time. Have a wonderful weekend! God bless you and I’ll see you tomorrow.