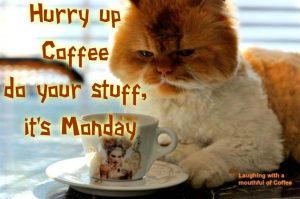 I had made up my mind to write something at least once a week in June. I got as far as the Monthly/Weekly/Food celebrations, was mid-way through June 1 celebrations, and just couldn’t finish. My heart wasn’t in it. Every single day something horrible happens in this country, it’s all out of control and I’m really, really angry most of the time!  I can still laugh at the absurdity, but it’s more gallows humor over anything else. Between the overreaction and politically charged shutdowns over a virus with a 99% survival rate, the strongest economy in our history being put into a deliberate nosedive, my state having an idiot for a governor, and a WHOLE BUNCH of sheeple/lemmings following along with his anti-constitutional demands – it’s hard to be positive.  The race baiting, violence, rioting, looting, anti-police rhetoric stymies my ability to think clearly about any of it.  Every day that this goes on, is another day that I feel like life will never be peaceful again!  Not being able to go into a store without everyone giving me the side-eye over me NOT wearing a mask (Nope, not going to do it! I will not be masked over something that God gave me an immune system to fight!) is stifling. Seeing friends being unable to go to family celebrations or funerals, while criminals are given massive send-offs by politicians who care more about their political agenda than they do the people who put them into office in the first place just makes me SO MAD! It should make ALL of us mad! I’m sick to death of seeing the Black Lives Matters bull crap everywhere! Yes, Black Lives Matter. And White Lives Matter. ALL LIVES MATTER! God created ALL of us, and He chose our skin tone. We didn’t choose that. None of us is better or worse than anyone else based on our skin color. We are better or worse than others because of what sort of a human we are! Are we kind to each other? Do we help our fellow human regardless of how much melanin they have?  Do we smile at others, whether or not they look differently than we do? Seriously people, stop it! Just stop it! Stop the crazy and get off the ride! It’s time to put this nation back together again and just quit being awful to each other!

Tonight, I logged into the site for the first time since June 1. I told myself that if I had even one single comment that was from a legitimate reader and not just from the plethora of spammers who send stupidity each day, that I would do a post. Sure enough, there was one post. My friend K.R. left me a post (I just realized she and I have the same initials! HA!) So here I am, one post at a time, I will try to do at least something every few days.

Noah did everything just as God commanded him.

Noah was described as a righteous man, blameless in his generation, who walked with God and did all that the Lord commanded him (Gen. 6:9, 22). Can you think of a higher honor? I’m not sure what they will write on my headstone when I pass from this life to be with Jesus, but I surely would love to be worthy of what was said of Noah in this verse! How about you?

HVAC Technicians Day – Today we celebrate a very important group of people, the folks who keep our heating and air conditioning working in tip top shape! This is the first week of summer, so it makes sense to show appreciation to our HVAC technicians, without whom we would melt in the higher temperatures.  Our A/C isn’t something we give much thought to, until it isn’t working, which is when we immediately call the local HVAC folks to come to the rescue.  Now, around here we can live without A/C. Many people don’t have it because it just doesn’t get that hot for long enough periods of time to justify it, but in places where it gets truly hot, these technicians could literally mean the difference between life and death, especially for those people who are shut-ins, unable to get out and about to some place cooler on their own.  Let’s give a big hand of applause and a lot of appreciation for our HVAC folks today!!!

Media Day – There is only ONE single news channel I will watch – One America News (OAN). In my opinion all the rest are complete, biased, left leaning crap. So, I won’t be celebrating this one by doing anything except watching OAN! If you haven’t seen it on your cable network, see what you need to do to get it. It’s worth it. 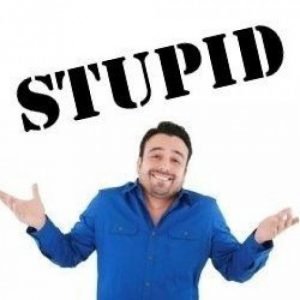 Stupid Guy Thing Day – There really is a celebration for just about everything, isn’t there?  Even a day set aside to commemorate the stupid things that guys do.  (I must interject here – that this day was created by someone who obviously never met men like my hubby – and no, I’m not just saying that because he reads the blog – I mean it!)  The truth is that many men do stupid things all the time.  Have you ever watched movies like the Jackass movies? These guys deliberately do things that can permanently disable or kill themselves on a regular basis – or at least they did. I don’t think they are still making those movies any longer. But where those stopped, there are other types of stupid entertainment with guys willing to do themselves bodily harm for money.  I’m sure women do stupid things too – they just don’t typically involve harming themselves and others. At least, not that I’ve heard anything about. 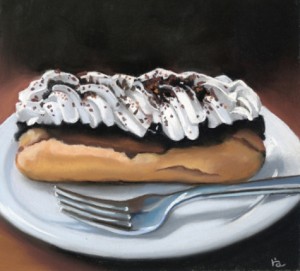 National Chocolate Éclair Day – What can I say?  Two of my favorite food holidays on the same day!  I love chocolate eclairs.  I remember when I was a kid, Mom would once in a while pick up some donuts to bring home from the bakery.  I always would stare at the eclairs, and I’m fairly certain there was a glimmer of drool just waiting to make its way down my chin.  It was only on very rare occasions that I got one though, because they were much more expensive than the simple glazed donuts were.  When I grew up, I made up my mind that I would indulge a craving for one every so often. It’s a rare event, but when I do, I try to savor every single bite.  A good chocolate eclair is something you should not rush through.  If you are of a mind to do something completely selfish, and maybe a little on the edge, celebrate both food treats at once – you get the rich sweetness of the éclair, and the salty, crispy goodness of the onion ring.  It just doesn’t get any better than that!

National Onion Ring Day – There are good onion rings in this world, and there are horrible ones.  I’ve had both, as I am sure most of us have.  To me, a great onion ring isn’t too thin, it isn’t too thick, and the breading is super crunchy.  Combine that with a wonderful tartar sauce and it’s a treat well worth the caloric devastation!  Onion rings have been a restaurant favorite for over 100 years! I know that, since potatoes make my arthritis in my hands flare up, I learned to substitute onion rings for French fries whenever I can, and they are usually pretty delicious if they are crispy. If you get some that have been fried in oil that isn’t hot enough, they tend to be soggy and gross. Yuck. If you have a favorite place to go get onion rings, today would be a good day to support a local restaurant and go pick some up.

May your Monday be filled with delicious, rich chocolate, nobody glaring at you for not wearing a mask, and the strength to stand up for yourself in the face of tyranny.  God bless you and I will try to see you soon.