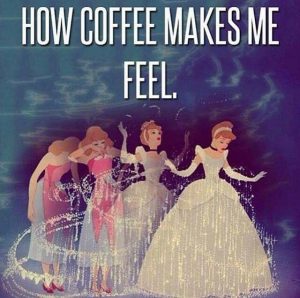 Four-year-old girls are so funny, aren’t they?  At least Miss B is, and because of that this week promises to be very busy, filled with laughter and a lot of entertainment at the hands of this little princess. Last week when I was picking a few things at Costco I passed by the Halloween costumes and spotted a Rapunzel dress. She loves all things Disney Princess and this one was in her size, so I splurged a bit and brought it home for her, along with a pair of pink sparkly shoes and a Rapunzel doll. She wore that thing all afternoon yesterday and wants to wear it to visit Auntie K and Baby R this week. Fine with me! She is so cute in it. I was looking up a few things on Amazon, on a whim typed in Princess costumes into the search bar and not surprisingly she also wants a Belle costume, one for Ariel and Cinderella. Moanna’s wasn’t all that cute, so she wasn’t as thrilled with it. Oh, and a very overpriced pair of turquoise sparkly shoes to go with the Ariel costume. I can’t get her all of them, but I wouldn’t be surprised if Santa doesn’t put one under the tree this year.  Apparently today will feature taking a picnic to Papaw’s work, stealing him away for a little bit and going down the street from his shop to the beach to eat. Sounds like fun to me!

I have set the Lord always before me. Because he is at my right hand, I will not be shaken.

There are many things that can trouble our lives, but none that can shake us loose from the grip of God’s grace if our hearts remain pointed at Jesus as our Lord and our hope remains focused on the Lord’s return. If Jesus is our Lord, then all of life’s greatest blessings lie ahead of us and he will let nothing rob us of this coming glory!

There is something that I do that I have been trying NOT to do, but it’s a hard habit to break and shouldn’t be something that became a habit in the first place. I tend to interrupt and talk over people. When I see how it feels when it happens to me, or when I witness it happening to someone else, I can completely understand why it causes other people to get so angry.  It should be a matter of habit to be polite and let someone finish their thoughts before speaking your own. Please remember that you don’t have to agree with someone else to give them the courtesy of listening to them, and if you give them their moment to finish their thought, you too will get a chance to speak.  Stop. Use your ears. Listen. Take it in. You might learn something about the person you are speaking with that gives important insight into who they are, how they think, and what makes them tick.

National Radio Day – The invention of the radio in the late 1800s changed the way people received news and entertainment forever.  What a great invention!  A number of inventors played important roles in creating the radio, and several different previous inventions and discoveries had to happen before it all came together.  The ability to transmit and receive signals had to be figured out first.  The radio evolved from the telegraph and the telephone – in a roundabout way, with wireless telegraph directly contributing to the final invention of the radio.  Now we can tune our radios in to numerous stations playing a wide variety of news, music and information any time we want.  There are actually more than 12,000 radio stations in the United States and more than two billion radios in use!   I’m sure many of us have our favorite morning show we listen to on the way to work.  I know I do – they usually get me to laughing all the way to the office.    One of the most famous radio broadcasts ever done was “The War of the Worlds”, directed by Orson Welles.  It was performed as a special Halloween broadcast on October 30, 1938, the delivery was so realistic that many Americans reacted in panic, believing that the earth had been invaded my Martians. 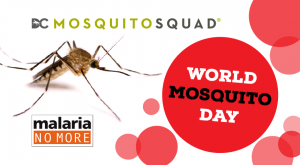 World Mosquito Day – This is the anniversary of the day that the connection between mosquitos and malaria was made. A British doctor Sir Ronald Ross discovered this connection on August 20, 1897, determining that it was the female Anopheles mosquito that transmits the disease. He was awarded the Nobel Prize in Physiology and Medicine for this discovery in 1902. The majority of the United States’ 1,500 annual cases of malaria are brought to the country by travelers and immigrants that enter our country where malaria is common.  The goal of this commemoration day is to raise awareness of what causes Malaria and how to prevent it.

1866 -The Civil War is formally declared to be over by President Andrew Johnson.

1897 – British doctor Sir Ronald Ross. discovers the link between mosquitos and the transmission of malaria was discovered. 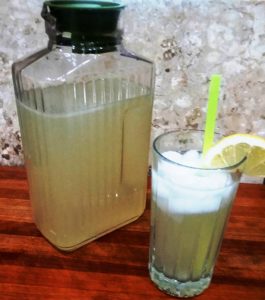 Lemonade Day – I can’t think of anything negative to say about lemonade! It is refreshing and delicious and is just says summer with every sip.  Traditional lemonade is just water, lemon juice and sugar, but these days we can also enjoy a variety of flavors that are delicious and quench the thirst, from strawberry lemonade, watermelon lemonade and even lavender lemonade! Yum!  Basic lemonade has been popular in the south for many years, with sweet tea and lemonade being nearly trade marks for anything southern.  We have all seen pink lemonade, but I learned something new today.  I thought pink lemonade was just regular lemonade with food coloring in it – which doesn’t sound appealing to me, so I stay away from it, but apparently the conventional approach to pink lemonade is to take conventional lemonade and put a little grenadine in it.  The Greeks came up with this so that while the grown-ups were having wine at a celebration the children would have a special treat too.  The Greeks used wine to dye the lemonade, but there was a myth in the community that it was made from pink lemons that grew in a forest that no man could enter and come out alive.  The children were told that the magical pink lemons were brought back by a noble king.  What a cool story! I make simple low-carb lemonade by squeezing fresh lemons to make 1 cup of lemon juice, making a simple syrup out of erythritol and hot water, mix the two together, then top off the pitcher with cold water and chill. Delicious, refreshing and healthy.

National Chocolate Pecan Pie Day – Pecan pie is delicious – extraordinarily sweet, but delicious. The addition of chocolate only makes it better! Know something great? You can make this low-carb! No! Seriously! You really can!  Check out this recipe by Sugar Free Mom! 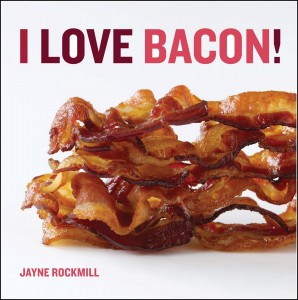 National Bacon Lovers Day – Bacon is one of the most amazing gifts that the carnivore world brings to us. The aroma, the taste and texture, the promise of delicious moments ahead that the song of the sizzling frying pan brings. Mmmmm . . . For me it brings memories of sitting in Grandma’s kitchen, sipping hot cocoa and eating toast with my bacon. It is the experience of camping while bacon cooks in the great outdoors.  Bacon is awesome by itself, on sandwiches, with breakfast, on salads, pizzas or with maple donuts. It is awesome in potato salad, in green bean casserole at Thanksgiving, and layered on top of meatloaf. It is comfort, it is happy on a plate. Humankind has been having a love affair with bacon since as early as 1500 B.C.  The Chinese began salting pork bellies as far back as that, and for that I’m sure we all thank them. More than half of all homes keep bacon on hand all of the time – though I do not know if that is worldwide or just in the United States.  Every year, just in the U.S. alone, more than 1.7 billion pounds of bacon are eaten. Bacon is so awesome that it is even said to cure hangovers! I don’t know about that, but considering how great it is, I would not be surprised.

Well, speaking of bacon, I have breakfast to make for one beautiful princess, and a picnic to put together to take to Papaw. It may even include bacon because we love him so much! Have a wonderful day, even if it IS Monday, and I can guarantee you I will be having a wonderful one myself. God bless you and I’ll see you tomorrow.