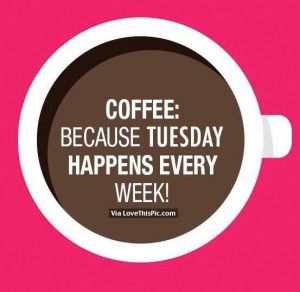 Good Morning and Happy Tuesday! Today is supposed to be slightly cooler than it was yesterday, but that isn’t saying much.  I still won’t be turning on the oven, so I need to figure out something cold to eat tonight for dinner!  Today or tomorrow you will start seeing something different here on the posts. I have been accepted as an Amazon Affiliate, so you will be seeing a banner for Amazon, as well as product links for items that I have used myself, or that I know someone who has used it and I intend to buy one for myself.  This is a way for me to possibly start earning a few dollars here and there to compensate in a very little way some of the time and effort I put into posting every day.  Please, if you feel so moved, click on the links or on the banner and place your orders through my link – it will still take you to your regular Amazon page – just with my affiliate link in the code.  I would really appreciate it.

I am not ashamed of the gospel, because it is the power of God for the salvation of everyone who believes.
—Romans 1:16

For the rich and poor, young and old, weak and strong, thin and heavy, there is still just one message and one name and one story that makes the eternal difference. That one message, story, and name are announced in the gospel — God’s good news to the world in Jesus Christ. God’s good news of life in the story of Jesus Christ is The Story and The Message and The Hope for all.

I’m not sure if this is a horrible commentary on the public education system, or are the youth of America truly this brain dead? And the kid at the end? My question – and a very pertinent one – was he homeschooled? I don’t really care for the way Jimmy Kimmel has been attacking President Trump since he was elected, so I was pleasantly surprised in this video how non-toxic he was, and unpleasantly surprised by how ignorant so many people are. Check it out and let me know what you think. 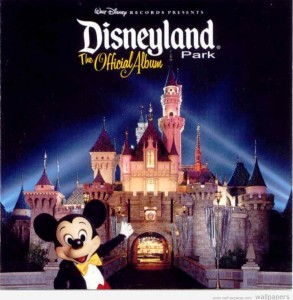 Disneyland Day – I wonder back on July 17, 1955 if Walt Disney had ANY idea how HUGE his vision would someday be? On that day Disneyland opened it gates for the very first time, to 6,000 invited VIPs, to celebrate the Grand Opening of what will become one of the most popular family destinations for vacations in the world. This extravagant grand opening party cost an unprecedented $17 million, in an occasion so spectacular that ABC covered it with a live 90-minute special. I visited Disneyland one time, in about 1967 when I was about two years old. All I have to remember it by are some pictures my Mom took in front of the castle, but honestly, I have no actual memories of it. I always wanted to take my kids, but it never happened – I just couldn’t afford it. Now that I have grandchildren, I’m not really all that sure I want to deal with the crowds of people that are always in a Disney park. Some people are wired to deal with crowds, I can honestly say that the older I get, the LESS wired that way that I am. If you aren’t anywhere near Disneyland, or any of the Disney theme parks, then perhaps you can celebrate today watching any of the Walt Disney classic films! There are a few that I absolutely love to see over and over again. I’m sure we all have our favorites. Happy Birthday Disneyland! 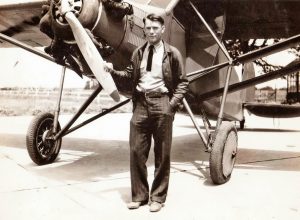 Wrong Way Corrigan Day – Today we pay tribute to a man who became an American folk icon during the Great Depression. Douglas “Wrong Way” Corrigan was supposed to make a July 17th flight from Brooklyn to Long Beach, CA. He flew to Dublin, Ireland instead! He was an accomplished Irish-American aviator who had been denied a flight route from New York to Ireland because of poor conditions and the age of his Curtis Robin monoplane. There has been a lot of speculation about whether “Wrong Way” went to Ireland on purpose, or if he was just very directionally dyslexic. So, we either celebrating a true rebel, or someone who just was pointed the wrong direction – we’ll never know since he took his secret to the grave in 1995. I remember once when the show Gilligan’s Island featured a character they called Wrong Way – I have to only assume that this is the pilot they were talking about. So funny! I thought that was something they just made up! 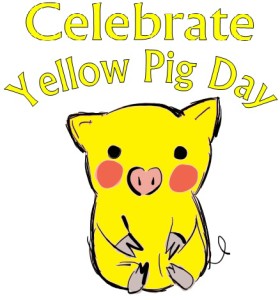 Yellow Pig Day – When I saw the title of this one, I took a moment to guess what it was about. I didn’t get anywhere CLOSE. From what I can find out this holiday started in the 1960s when two Princeton University students – Michael Spivak and David Kelly – were assigned the task of contemplating the number 17. They focused on the problem for many non-stop hours, and in a few moments of silly whimsy, likely to rest their minds, they created an imaginary yellow pig with 17 eyelashes. The absurdity caught on, and Yellow Pig Day has been celebrated among mathematicians for the past several decades. One way to celebrate this day is to solve math puzzles like this one from MathForum.org. I read through this a couple of times and honestly math is not my strong suit, so after I felt a cramp in my brain begin I gave up. Maybe you’ll have better luck with it (and no, I do not have an answer for it – we have to figure it out ourselves):

Three men stay at a motel and the clerk charges them $30 for the room. They split the cost $10 each. Later the manager tells the clerk that he over-charged the men and the cost should have been $25. He gives the clerk $5 and tells him to give it to the men. The clerk decides to pocket $2 and gives each man a dollar. Now each man has paid $9, totaling $27. The clerk pocketed $2. Where is the other $1?

1867 – The Harvard School of Dentistry becomes the first dental school in the U.S.
1902 – The air conditioner was invented. 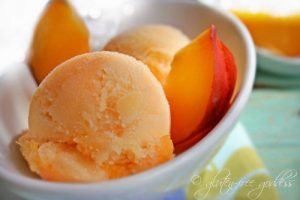 National Peach Ice Cream Day – Is there anything more mouthwatering than the aroma and sweet flavor of a fresh peach? Just walking by them in the supermarket gets my mouth to watering. July is the best time for fresh peaches, and what could be more refreshing on a hot summer day than a bowl of fresh peach ice cream? If you have an ice cream machine at home, it would be time to get it out! Mmmm the combination of peaches and cream is nearly irresistible. I saw that the sign at the local Farm Stand has fresh peaches listed. I may have to make a little trip to get some. I made raspberry ice cream yesterday, but I’m not against making peach ice cream! Peaches are a little higher in carbs, but a little of that rich, ripe flavor goes a long way. I get my favorite recipe for vanilla ice cream, to which I add whatever fruits or flavors I want, is from Carolyn Ketchum’s Everyday Ketogenic Kitchen. You can get it here, along with her other wonderful books!