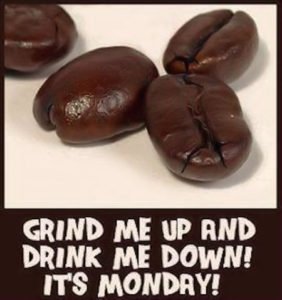 This weekend I just skipped posting anything – some of you may have noticed – but I had it almost completely ready, but my computer locked up when I went to save the post, and I lost all of it.  There just wasn’t time in my day to do it all again, so I let it go. There were taxes to do, which I am happy to say are completed and we aren’t paying again this year, and quite honestly, I just didn’t care enough to get back to it.  I’m an exhausted mess mentally after taxes – I can’t for the life of me figure out how CPA’s don’t lose their minds this time of year – so it just wasn’t high on my priority list.  I’m back today with Monday’s post, clean slate and ready for the new week.

Let no debt remain outstanding, except the continuing debt to love one another, for he who loves his fellowman has fulfilled the law.

He paid a debt and I owe one. Thank God I don’t owe the debt for my sin, but I owe others the same love, respect and grace with which God has treated me! 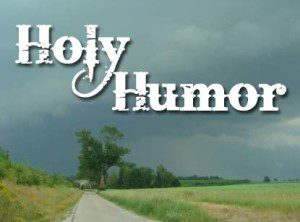 When I was a young minister, a funeral director asked me to hold a grave side service for a homeless man with no family or friends. The funeral was to be at a cemetery way out in the country. This was a new cemetery and this man was the first to be laid to rest there.

I was not familiar with the area and became lost. Being a typical man, of course, I did not ask for directions. I finally found the cemetery about an hour late. The back hoe was there and the crew was eating their lunch. The hearse was nowhere to be seen.

I apologized to the workers for being late. As I looked into the open grave, I saw the vault lid already in place. I told the workers I would not keep them long, but that this was the proper thing to do. The workers, still eating their lunch, gathered around the opening.

When the service was over, I said a prayer and walked to my car. As I opened the door, I heard one of the workers say, “I never saw anything like that before and I’ve been putting in septic systems for twenty years.”

Be grateful for what you have, for we never know when we may be without it.

Boston Marathon – The Boston Marathon is always held on Patriot’s Day, the 3rd Monday in April.  It began in 1897, inspired by the success of the 1st modern-day marathon competition in the 1896 Summer Olympics.  The Boston Marathon is the world’s oldest annual marathon, and ranks as one of the world’s best known road racing events.  It is one of 6 major world marathons.  Since 1897 amateur and professional runners from all over the world compete in the Boston Marathon each year, braving the varying weather and the hilly New England terrain to take part in the race.  The event attracts 500,000 spectators each year, making it New England’s most widely viewed sporting event.  The very first one in 1897 had 18 participants, but now attracts and average of about 20,000 registered runners.  In 2011 26,895 people entered the race.  The Centennial Boston Marathon in 1996 set a record as the world’s largest marathon with 38,709 entrants, 36,748 starters and 35,868 finishers.  I pray for the safety and well-being of every single runner today, since I’m sure the terror attack of a few years ago is still fresh in their minds.

National Orchid Day – This one made me feel a little teary eyed. A couple by the names of Mike and Faith young volunteered at an orchid reserve in Mexico, falling in love with the beautiful flowers while there. On April 16, 2014 they lost their precious baby girl during labor. They named her Orchid, inspired by the amazing and unique beauty of orchid blossoms.  They looked to see if there was a National Orchid Day, saw that there wasn’t, so they raised the funds to apply for, and receive, approval by the registrar of national days and made it official. This day will forever be National Orchid Day in honor of their little baby girl. How sad and sweet at the same time!

National Stress Awareness Day – It seems like stress is one of the main things we, as a species, have going on every single day.  Whether it is our work or school, kids, bills, the state of the world we live in . . . there are literally 1000s of reasons to get stressed out.  Today is the day to recognize that there is plenty of stress in your life – which of course you are aware of- but also to learn how to do something about the stress.  Now is a good time to do that before the stress starts to make you ill.  April 16th was set aside as Stress Awareness Day because it’s the day after tax day (most years anyway) – and honestly, is there anyone more stressed this time of year than a tax accountant?  Ask him or her! They’ll tell you! Some people can release the stress by going for a walk at the beach or in the woods, some go fishing, some curl up with a cup of tea and a good book.  I love getting a relaxing massage or acupuncture treatment, and there are nights that nothing will do better than a soak in the tub.  However you choose to de-stress, do it, and do it soon! Stress is bad for your health!

Patriot’s Day – I’m sure we studied this in school, but on the west coast it’s not observed as a bid deal.  In New England though, today is a big, big day!  In the States in New England this is a holiday with a day off work.  Banks, schools, post offices and businesses have the day off (lucky folks!).  Do you know what it is celebrating though?  I think we should, since it’s celebrating a big day in our nation’s history.  Today commemorates the Battle of Lexington and Concord on April 19, 1775.  This battle began the American Revolutionary War.  It also honors the “Midnight Ride of Paul Revere”, that evening when Paul Revere rode through the town warning the colonists that “The Red Coats Are Coming!”  This is a call to arms for our forefathers, and perhaps it’s a part of our history we should study up on.  The brave men and women of that time stood up against tyranny.  Wise people.  We should never forget and take their example for ourselves and stand up always against tyranny in all forms.

National Eggs Benedict Day – Mmmmm Eggs Benedict.  A nicely toasted English Muffin, with a layer of Canadian Bacon, an egg and delicious hollandaise sauce.  It’s rich, and its decadent, but sometimes it just sounds so good!  Most Eggs Benedict is made with soft poached eggs.  I’m not a fan of the ooey gooey yolk, so mine has to be hard cooked, but that’s ok.  I think it still tastes wonderful.  If you’ve never tried it, even if you’re on a diet, plan a day to try it at least once.  Your taste buds should be ready for a breakfast food party, because that’s exactly what having Eggs Benedict is all about – at least in my opinion.  Early recipes for Eggs Benedict call for a truffle garnish — a custom that has sadly fallen out of style!

Leaving for work today is very difficult since I truly just want to go back to bed. I feel that way EVERY morning, but this morning I am feeling it quite strongly. I’m sure it will be better once I get some of my tea into me and actually get on the road. Now, if I can just make the trip without a bunch of people in front of me going below the speed limit, I’ll be a happy woman! God bless you and I’ll see you tomorrow.