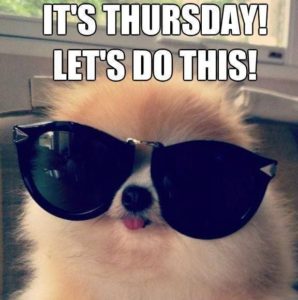 It is going to be a very warm day! I gave myself until I finish my coffee to get outside to mow at least the front lawn before the big heat of the day hits. I may have to finish it up tomorrow morning, but I’d rather split up the work and not pass out from overheating! It would not be a big deal, but I only mow every two weeks. Yes, it gets really shaggy, but I don’t want to spend the amount of fuel it takes to do it every single week. Besides that, I am not ashamed to say that lawn work is not my favorite priority – never has been and I can’t imagine it ever will be.

Jesus answered, “It is written: ‘Man does not live on bread alone, but on every word that comes from the mouth of God.'”
—Matthew 4:4

Like Esau, we get so diverted by the mundane things of life and the growling of our bellies, we forget the longer-range view of things. God’s Word, his written Word the Bible, his demonstrated Word in Jesus, and his proclaimed Word in the Gospel are what can sustain us eternally. This is the living bread we seek.

Where are you on the conversation happening in many places about drinking straws? The environmental looney tunes have taken up the cry to ban straws, but they aren’t thinking about the percentage of people out there who use them because the NEED them. Think about disabled people who are unable to maneuver a glass to their lips, who use a wheel chair and a drinking straw makes consuming their beverage easier. How about people, like me, who have issues with extreme cold or heat hitting their teeth? I drink nearly everything with a straw whether I’m at home or in town, because it hurts to have the cold liquid hit my teeth directly. That, and I am an admitted klutz and seem to wear nearly everything I drink down the front of my shirt. How, at my age, I continually miss my lip is beyond me, but I still manage it. I get what the environmentalists are doing – they are trying to reduce the amount of plastic that is being thrown away every day, even though straws are a small percentage of what is actually tossed out. It is a simple thing to ban, sort of a gateway to what they want to ban in the future. Offering the paper straws for cold beverages and having the option of plastic straws for hot ones, would be a nice compromise. But there are compostable straws, they say. The compostable straws start breaking down in hot liquid right away, so they are worthless for a hot drink. I have a straw in my purse now, because the coffee shops are starting to not offer the plastic straws where I typically get coffee – not that I do very often, but a treat now and again is a nice thing. We shouldn’t have to carry our own straws as well as our own shopping bags, since those are also now not offered in many places. I know I’m sick of all of this crap – and I’m betting more than a few of you are also. 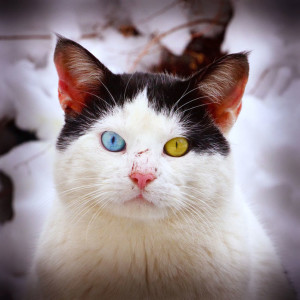 Different Colored Eyes Day – Years ago my Mom had a dog – solid black dog with ice blue eyes – who had a litter of pups that were so different! Most of them had one brown eye and one blue eye – very striking, beautiful pups. It was such an unexpected thing to see those puppies bouncing up and down with those incredible eyes. Wouldn’t it be boring if everyone in the world had the same color eyes? Anyway, having two different colored eyes is called Heterochromia. A few famous people who have/have had heterochromia are/were David Bowie, Jane Seymour and Christopher Walken. Maybe the way to celebrate this day would be to pay very close attention to the eyes of people who walk by you today. You may see someone who has Heterochromia.

Night of Nights – This is such an interesting one! Today we commemorate the last commercial Morse Code transmission in the United States. Radio Station KPH, the ex-RCA coast station that is located just north of San Francisco, returns to the air for these commemorative broadcasts every year on July 12th at 5:01 pm PDT. On June 12, 1999, the last Morse transmission in the US is thought to have been broadcast at 5 pm PDT. Now they carry on the tradition each year from 5:01 pm through midnight. These annual on-the-air events are intended to honor the men and women who followed the radiotelegraph trade on ships and at coast stations around the world. There was a time when the maritime mobile bands were filled with powerful coast operations from just about every country on every continent. Once, the ships and passenger liners filled the air with their radiograms, and with calls for help when they were in danger on the sea. Now, these bands are mostly silent. July 12, 1999 was a sad day for many people. It was something that they knew was coming, but when it finally happened, it was a shock. On the night that the bands went silent the women attending the event dressed like they were going to a funeral and the tough men you wouldn’t mess with had tears in their eyes as the last message was keyed out to the world . . . and then there was silence. In that moment, on that day, the Maritime Radio Historical Society was born, and the plans to restore a Morse Code radio station began. Just a year later they had the 1st “Night of Nights”, with not just KPH station, but others appearing once again on the air. They send out traffic lists, weather and press broadcasts, and special messages to commemorate the day, some of them sent by hand. I just love these historically inspired days – we have so much to learn from them! 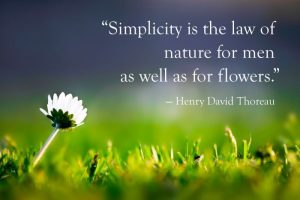 Simplicity Day – Have you ever wanted to really simplify your life? Just ditch all the city stuff and just head for the hills? Yeah . . . I sympathize. This is something I think to myself every single morning of my life. Well, Henry David Thoreau (born July 12, 1817) took this thought seriously. Just before his 28th birthday, he moved to a small cabin near Walden Pond in order to live a simple, quiet life. He explained: “I went to the woods because I wished to live deliberately, to front only the essential facts of life, and see if I could not learn what it had to teach, and not, when I came to die, discover that I had not lived.” Thoreau’s Walden

In honor of his birthday, and how he drastically changed his life, this day is known as Simplicity Day. His writings are often encouraging for people who wish to simplify their lives, cutting out physical and mental clutter. Thoreau is quite a controversial figure, but he does have a lot of good quotes that have been memorialized on walls, jewelry and even on coffee mugs!

National Pecan Pie Day – If you like nuts, and you like pie, and you like sweets, then today is your day. Sweet and crunchy, Pecan Pie is a regular on the menu of many restaurants – for good reason. Celebrate National Pecan Pie Day by baking and eating pecan pie. You get a bonus if you make it low-carb! Yes! I said low-carb! Even Pecan Pie can be transformed to a healthy version of the original – and this from my friend Carolyn Ketchum at All Day I Dream About Food!https://alldayidreamaboutfood.com/best-low-carb-maple-pecan-pie/ Truly! Changing your eating lifestyle doesn’t have to hurt! Why should it when it can be delicious??? Make an extra pie and give it to a friend. Or, bring a pecan pie to work to share with co-workers.

As much as I enjoy pecan pie, I am not turning on my oven today. I did find a lovely no-bake dessert in my newest keto cookbook though, and since I have all of the ingredients I think I’ll make that for tonight! Now I just have to figure out what it is we are going to have for dinner! Well, I have 15 minutes before I need to get changed and get outside. The sun is just getting warmer and warmer with each minute that passes.

2 thoughts on “Do You Know Anyone With Two Different Colored Eyes?”