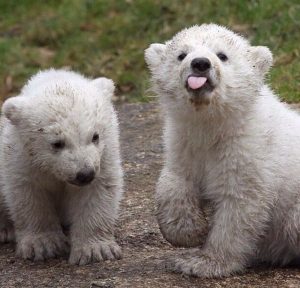 I have some wonderful news!  My son called me last night to let me know that the day is finally here, NEXT Friday he will be legally adopting Big Brother E!  He will now legally share our name and know that my son is his Dad by choice, and that we are now his Grandparents for real.  We are hoping to be able to go to the ceremony, but a lot depends on the weather and how much snow is in the pass.  The time of day is important too because Hubby can’t take more than one day off from work, so we can only go if it is in the afternoon. I know it would mean a lot to all of us if we could be there for this very important day.

We made it to mid-week! Are you ready??? I know I am! Because the faster the weekend gets here, the happier I’ll be. This Saturday I get to spend time with my precious daughter to celebrate her birthday – and of course an extra benefit for that is spending time with Little Man R! I haven’t seen him since right after Christmas, so I’m fairly certain he’s nearly full grown now.

Stop trusting in man, who has but a breath in his nostrils. Of what account is he?

How many times have you been disappointed by someone for whom you voted, betrayed by a friend, been abandoned by a loved one, or let down by a church leader? While we love others and care about them, every other person in our world is just like us — a flawed human being who breathes the same air and walks the same ground as we do. Only One is worthy of our ultimate trust. He showed us by sacrificing what was most precious to him so we could know his love. Let’s not put our hope in other mere mortals; only God can safeguard our trust. Let’s put our hope in him!

Are you really sick of social media sites censoring your speech if you are a conservative, a Christian, someone who isn’t a supporter of Big Pharma, etc? Well, a new social media site has started up – JUST started within recent days – for these people. USA.Life is the site and I encourage anyone who is sick of being told what to think and share by the left to join up. The groups are small, there aren’t very many of them, but as we share about the site, more and more people will join, making it fun for all of us.

Anosomia Awareness Day – This sounds like a pretty unfortunate thing to have to deal with – though I suppose it’s not the worst thing that could happen.  Anosomia is the inability to perceive odor; or having lack of a sense of smell.  Many things can cause it and depending on the cause, it can be temporary or permanent.  The loss of the sense of smell can actually have several harmful effects, for example, if we can’t smell a gas leak, or something burning, we could get hurt.  It can also have a negative impact on the quality of life by preventing people from appreciating food, and in such a food driven society, that would be sad.

Inconvenience Yourself Day – I know that all of us go throughout our everyday lives and we constantly see people who act as if they are the center of the universe and the rest of us must cater to their needs, whims and schedules.  It is like they think they are more significant than the next person, that their lives and schedules are more important than yours, mine, or anyone else’s.  Did you ever wonder if sometimes YOUR actions were perceived that way to someone else?  I’m sure mine have.  I get my brain set on doing something and I bulldoze my way through to get it done.  Sometimes that could come out as not noticing if I’m racing by someone without giving them a chance to also move in the same direction, impose on someone to do something for me without asking if they were busy first, etc.  We all do that from time to time.  Well, the creator of this day – a woman by the name of Julie Thompson – believes that on the fourth Wednesday of February we should celebrate by doing something selfless and here are some ideas for getting into the spirit of the day:

* At the end of your movie, take your trash out of the theater and dispose of it properly.  (Personally, I can’t imagine NOT doing this anyway!)

* When driving, slow down to let a few cars from a parking lot ahead of you on a busy street.

* Take your cell phone outside to talk when you receive a call in a public place.

* Return your shopping cart to the cart return instead of leaving it sitting in the lot.

Ok, these were suggestions on the website where I get some of my information about celebrations – but to be honest, shouldn’t we do ALL of those things always?  It’s called being polite.  Our mothers and fathers should have raised us to automatically be that way.  So, we should come up with some ideas of our own that AREN’T just basic consideration.  Let’s see –

*  You could let someone go ahead of you in line at the store if they don’t have many things and you have a cart full.

* Be kind and buy a cup of coffee for the person in line behind you at the coffee shop. *  Pick up a few things extra at the store and drop them off at the food bank.

There are many ways we can step outside of our own self-importance today, and every day.  Put your imagination to good use! 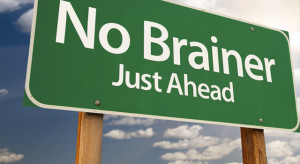 No Brainer Day – Well, isn’t this one interesting?  Be definition a “no- brainer” is doing something that is simple, easy, obvious and/or totally logical.  Today is a day to do all of those types of no brainer tasks and activities.  If it is a project that will require thinking, studying, or analyzing anything, then it’s not the chore for you today.  Some no-brainer activities that we do every day, simply because they don’t require deliberate decisions to do them – would be breathing, swallowing, blinking, sneezing or yawing.  Of course, we all know someone who does JUST no brainer activities all the time . . . which isn’t a very good life plan.  Be selective in the days you choose to do ONLY no brainer tasks – limiting them to today, or holidays, vacation days, or weekends.  Since most of us have jobs that require MORE than those limited tasks, I’d suggest not irritating your boss by sitting in your chair, blinking into space as you breathe and stare out the window . . . and yet again, I do know people who actually does that most of the time!  No Brainer day was created by Adrienne Sioux Koopersmith, who was called “America’s Premier Eventologist” per the Chicago Tribune – January 2001.  WHY it was created isn’t something I could find. 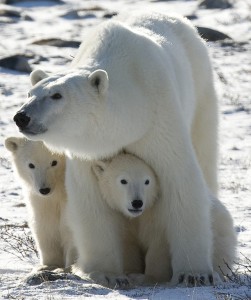 Polar Bear Day – Today we celebrate the world’s largest carnivore.  I know whenever I see a nature show with those adorable baby polar bears rolling around and playing with their mama, my first and instinctive reaction is “Awwwww, so cute and cuddly! I want one!” However as cute they are as babies a polar bear can grow up to nine feet tall (when standing) and 1200 pounds.  From a BIG distance they are still cute, but not so cuddly any more.   Polar Bears live in 5 nations – The U.S. (Alaska), Canada, Greenland, Norway and Russia.  People wonder how they live in such cold environments, but truth is that they’re built for it! Polar bears love the arctic climate, where winter temperatures can plunge to -45º C (-50º F). Polar bears are insulated by two layers of fur that help keep them warm. They also have a thick fat layer. In addition, their compact ears and small tail also prevent heat loss. In fact, polar bears have more problems with overheating than they do from the cold—especially when they run.  Polar bear feet are furred and covered with small bumps called papillae to keep them from slipping on ice. Their sense of smell is powerful for detecting seals. And their powerful claws can haul out a 40-90 kg (150-200 lb) seal from the water for dinner.  Polar bears have evolved to feed on seals, specifically seal fat, the highest calorie food source possible. When hunting is good, polar bears eat only the blubber in order to build up the fat reserves they need to sustain themselves between meals. They leave the carcass for scavengers, such as arctic foxes, ravens, and younger bears. All the other foods that polar bears may eat are opportunistic feedings. Most of these foods, with the exception of beached whales, don’t provide enough calories to sustain the Polar Bear’s massive body size or to build up the Bear’s own fat reserves.  There’s a lot more to know about Polar Bears, but for today’s purposes, it’s enough to know that they are right there at the top of the food chain, and if you are ever in a country where there are Polar Bears and you see a baby somewhere . . . turn around and to the opposite direction.  No matter how cute they are, Mama is close by and you truly don’t want anything to do with her!  One great way to celebrate Polar Bears is a visit to a zoo that has some – in my area the Point Defiance Zoo has a couple – I was fortunate enough to see one of them right after it was born – SOOOO cute!  If you don’t have any zoos nearby with Polar Bears, perhaps check out a show on one of the nature channels that talks about them.

National Strawberry Day – Mmmm. . . strawberries. These fragrant, delicious aromatic fruits actually belong to the rose family! Did you know that? I didn’t!  They are grown in nearly every corner of the earth except for the most frozen northern and southern parts.  Beyond how many places they can grow, it’s pretty amazing that there are over 600 varieties of strawberries as well.  They are an excellent source of Vitamin C, folic acid, potassium and fiber!  We are celebrating this one today by having strawberries in our lunches! YUM!

National Kahlua Day – Kahlua is a rum-and-coffee-flavored liqueur made in Mexico. With an alcohol content of 20%, it packs a pretty good punch when sipped as an aperitif or digestif.   Kahlua is delicious in coffee, sipped over ice, or even baked in with treats.  Believe it or not, you can make your own, low-carb version of this coffee flavored liqueur and Carolyn at All Day I Dream About Food came up with an awesome sounding recipe! I made some at Christmas time and gave it away for gifts. It was pretty tasty!

I need to get this wrapped up and get out the door! The weather guessers say we may get snow today – I’m not sure whether or not I believe them. We’ll see what the day has in store!  I’m fine with it, either way. God bless you and I’ll see you tomorrow.