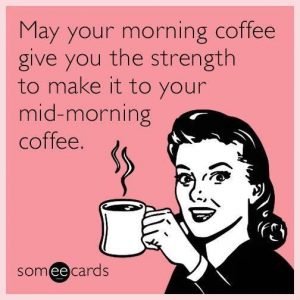 Good Morning and a very happy Thursday to everyone! It isn’t just a Thursday, today is special for many reasons. It’s the 1st of the new month, in our part of the world it’s sunny and clear, the mountains are stunningly beautiful with their pristine snow, and the air smells so clean! The most special reason of all for me is that today is my precious daughter’s birthday!  34 years ago today God graced our earth with an amazing person. She isn’t just beautiful, she’s funny, witty, sweet and a wonderful friend to many. Add to all of that, she is a wonderful mother herself, and will be a blessing in her son’s life as I pray I have been in hers.  Isn’t that all we, as mothers, can ever truly try to be? A blessing in our children’s lives, being firm when needed, soft at the right moments, deal with their issues with sympathy and humor, and have the ability to roll with the punches that parenthood brings. I know she’s up for the challenge, and that she always will be.  Happy Birthday Sweet Girl.  I love you so very much!

Whom have I in heaven but you? And earth has nothing I desire besides you. My flesh and my heart may fail, but God is the strength of my heart and my portion forever.

What can truly fulfill and sustain us? Maybe the best way to answer that question is by asking another: What can we keep when our bodies are placed silently in their graves at death? Only our relationship with God and his people lasts beyond the grave. If he is what lasts, then how can we displace him for anything that doesn’t?

There has been a lot of news stories out there about security in schools, what we can do to keep our kids safe, etc. lately. And it has been divisive in many ways because one person’s solution is to infringe upon another’s rights, while another’s solution feels like prison to someone else.  Yesterday was a prime example in our area of WHY we need better security in schools, all day, every day.  A 32 year old man walked into a local high school yesterday, not stopped by security, teachers, or anyone,  followed a young lady into a restroom and proceeded to try to look under the door. She left the restroom and reported him to someone in authorities. They in turn called the police. While that was going on he sexually assaulted another student, left the school and while the police were searching for him, he sexually assaulted another girl who was off campus at the time.  The schools in that town went on lock down, along with the schools in the next town over, since they did not know where this guy was or where he was heading at the time.  The police did catch him, after he’d assaulted one police officer with his vehicle, and is in custody. My question is, WHY WAS THERE NOT ANY SORT OF SECURITY? This yahoo was able to walk in off the street and do what he wanted without being stopped by ANYONE?! This wouldn’t make me feel safe if I had a child in school, would it you?  Something needs to be done, and it needs to be done. I am all for training and arming teachers and school administrators, along with putting armed retired veterans and police officers in the schools.  We do it for our politicians and movie stars, aren’t our children just as valuable as famous or rich people are?  I certainly think so.

Asiatic Fleet Memorial Day – All of America’s military and veterans deserve our gratitude, and today we pay tribute to the United States Asiatic Fleet.  The U.S. Navy has had a presence in the far east since about 1822.  The Asiatic Fleet was formed in 1902, and reestablished in 1910 and served into 1942.  The Fleet protected American lives through years of unrest.  They also helped civilian areas that had been devastated by forces of nature and internal warfare.  When the attack on Pearl Harbor threw the United States into World War II, the Asiatic Fleet played a key part in defending the Philippines.  The Fleet was outnumbered and outgunned at sea and in the air, but were joined by ships of the British, Dutch and Australian navies to oppose the Japanese advance through what is now Indonesia.  The Fleet’s destroyers hit the Japanese at Balikpapan and Badung Strait, and the cruiser Marblehead fought through massive air attacks off Bali while submarines, which were short of fuel and torpedoes, hit the Japanese supply lines.  The battle reached its height in the Java Sea.  In the early hours of March 1, 1942, the American cruiser Houston and the Australian cruiser Perth, outnumbered and outgunned, fought to the last in the Sunda Strait.  They went down with their guns still firing, followed just hours later by the British cruiser Exeter.  The rest of the Allied ships were ordered to head to Australia.  It was the end of the Asiatic Fleet, but it left behind a heritage of courage and selfless dedication which encouraged our Navy to ultimate victory in World War II.  The Seventh Fleet carries on the Asiatic Fleet’s duties, helping to preserve peace in East Asia, earning honor in the Korean and Vietnam wars.  The brave men and women in our Naval services who saw the Cold War come to a peaceful end, and won victory in Operation Desert Storm, do honor to the sailors and Marines who earned glory in the Java Sea.  Today we pay tribute to the memory of the Asiatic Fleet, calling on all Americans to salute its proud heritage of bravery and honor.  Below is a copy and paste of the proclamation by President Bush, declaring this a National holiday:

National Horse Protection Day – When we think of horses, what comes to mind? Maybe a beautiful horse standing in a field, or a peaceful ride through green meadows and on sun dappled paths through the woods? This is a beautiful picture, but sadly, there is a lot of cruelty that happens outside the scenes in the movies, or the well-cared for horses we see in the countryside.  Some horses are subjected to unimaginable abuse and slaughter by cruel and horrible people.  It is considered normal to eat horse meat in some countries of the world, and it is even eaten in some places in our own country.  This breaks my heart and is definitely not something I would voluntarily eat. Beyond that though, the abuse and cruelty, the horrible neglect, has got to be addressed and stopped!  I just don’t comprehend it!  In 2004 there was a bill passed called the Wild Horse Protection Act that made it OK to slaughter wild horses.  In 2009 the Bureau of Land Management that farms these wild horses decided that they were going to get rid of 620 of them.  Why? Because they were “trampling the landscape”. Seriously! They wanted to slaughter these beautiful animals for trampling the landscape?  They are wild horses! What did they expect?  It was said that the BLM was abandoning the care of the horses in favor of political interests.  Sadly, that sounds like it is likely true – considering how I feel about most politicians.  So what can people who love horses do to demonstrate how much they care?  Well, the number one way, if you possibly can, would be to adopt a horse!  If you have the ability and resources to bring a horse into your family, you would be showing great kindness to an animal that needs it.  That isn’t practical though, not for everyone. You can get into the National Horse Protection Day website and see different options for helping out that may fit better into your life and know that you’ve done a good thing.

Pig Day – Today we recognize the importance, and sweetness, of domesticated pigs.  Pigs are smart animals, yet most people don’t realize how smart they really are!  They can be taught to do tricks, and if you’re keeping one as a house pet, they can be potty trained!  This celebration is observed by zoos, and they hold activities like snort offs, pig outs and online pig chats.  Not sure how that last one works, but it definitely sounds interesting.  I’ve always thought a pot bellied pig would be a fun pet . . . but I think a lot of animals would make a great pet and we just don’t have the room for all of them!  Enjoy today and honor a pig if you get the chance . . . and no, having bacon for breakfast does not qualify this time.

World Compliment Day – Today is the most positive day in the world.  It is hard to argue that point when everyone is going around complimenting each other.  There is an art to a good compliment though.  A true compliment must be genuine and heart felt, or the person being compliment will see straight through to the insincerity.  There is also a way to accept a compliment – with graciousness – a simple Thank You is all that is needed. If done properly, Compliment day can be a force for good in this crazy world.  Today, try to find something to compliment about everyone you see.  I realize that for some this could be a challenge, but do your best.

Peanut Butter Lovers Day – We stand up and salute America’s favorite sandwich spread today.  Can you think of any kid who didn’t grow up loving PB & J sandwiches (barring those who are allergic, of course).  Smooth peanut butter is more popular than crunchy – but I can’t figure out why.  I absolutely LOVE the crunchy stuff – especially in cookies.  Think of all the ways you can eat peanut butter, and they are all good!  On crackers, celery and other “holders”.  It is used in cookies and candies, and I honestly love it in sauces over chicken and veges – like Thai Chicken! Yum!  Did you know that peanut butter is 90% or more peanuts?  If you get the natural brands, they are ALL peanut!  If you can, enjoy something made with peanut butter today!

Some interesting facts about peanut butter that I thought I would share with you:

The USA produces about 6% of the world’s crop of peanuts, by comparison Indian and China together produce about 70%.

West Coast people prefer chunky peanut butter, and those on the East Coast like creamy.

Peanuts account for 2/3 of the total snack “nuts” consumed in the USA.

Two Presidents of the USA, Jimmy Carter and Thomas Jefferson, were peanut farmers.

Enjoy your day, have some fun in between the work, laugh a little (or a lot) and remember that if today sucks big time, that tomorrow is Friday! God bless you and I’ll see you tomorrow!