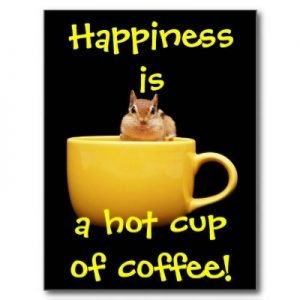 With Monday behind me, I can honestly say that I am ready for this week to move forward and get to the long holiday weekend! I’m ready for sleeping without an alarm clock for three full days! That sounds so good, doesn’t it?  Normally I don’t like rushing the week, but I’m pretty tired and am really ready for three days off my feet, leg elevated and letting the healing continue.  My leg is already much less bruised than it was – now I just want the swelling to go down. I’m more than ready for that to start happening.  I have to learn not to drag my feet too! Yes, it’s difficult to bend my knee, but we went to the store last night and I caught my left foot on a mat by the door, caught my foot on the edge of it and felt like I was ripping my leg apart at the knee joint. OWWW. I truly must be more careful.

You, my brothers, were called to be free. But do not use your freedom to indulge the sinful nature; rather, serve one another in love.

Freedom is a wonderful gift when it is handled with responsibility. Not being under law is such a sweet grace, but we want to pass that sweetness on to each other through service, kindness, and care.

Last night we went out to dinner and the sweetest girl helped us at the order counter. A lot of people likely overlook her, unless they look at her as a curiosity. She was VERY tall. I’m considered to be tall at 5’9″ and she was AT LEAST 4 or 5 inches taller than I am, and she was a bigger girl, but she was so darned cute and had the sunniest personality!  Don’t overlook people because they aren’t one of the “normal” crowd. She didn’t fit the mold for what would be popular in school, or considered to be attractive by many because of her size – more height than weight probably – but I bet she has a great laugh and a lovely outlook on life.  It made me smile to interact with her, even for the few moments it took to order our food. There needs to be more like her in this world. Maybe the mean-girls that are out there would be overshadowed if there were.

Goof Off Day – We ALL need a day now and again to just goof off . . . the work and responsibility will be waiting for you to resume normal activities, but one day now and a gain should be claimed for fun and silliness!  If the weather is nice where you are it may be a good idea to go to the local playground and play!  Even at my age it is fun to go down a slide, or play on the swings. I stay away from the merry-go-round – still makes me feel sick, even as an adult.   If it is an icky weather day goof off by lounging around watching TV, playing games, pinning everything you love to Pinterest or just curled up reading a good book eating a bag of your favorite junk food!  It’s only once in awhile, so go for it!  Right now I am goofing off by writing this and watching a silly re-run on TV.

National Maritime Day – On this date in 1819, the steamship Savannah set sail from Savannah, GA on the first transoceanic voyage that was fueled by steam.  It took 29 days and four hours for it to reach Liverpool, and in doing so, paved the way for efficient ocean travel which boosted the economy and strengthened national security.  It was on May 20, 1933 that Congress declared May 22 to be National Maritime Day, and three years later the U.S. adopted the Merchant Marine Act of 1936, which declared that “It is necessary for the national defense, that the United States shall have a merchant marine of the best equipped and most suitable types of vessels sufficient to carry the greater portion of its commerce and serve as a naval or military auxiliary in time of war or national emergency. . .”  To observe this day everyone is encouraged to display the American flag at their homes and businesses – but then again, if you know me at all, you know that I advocate the flying of our flag proudly 365 days of the year.

National Solitaire Day – Today is the very first National Solitaire Day.  Why? Because this card game has been around for more than 200 years! That certainly deserves a special day, don’t you think?  This game is also known as Klondike and the original version of the game uses a regular deck of 52 playing cards.  The object is to create stacks of cards in each suit from low to high, clearing the board at the end.  If the player completes each suit, the game is won. It’s that easy and I’m sure many of us have played with both cards and a computer. The computer version of the game was included by Microsoft in Windows 3.0 in 1990, and the game went viral at that point.  This computer game helped to teach computer users how to use a mouse and has ended up being the most played video game in history. I know that I have a solitaire game on my tablet that has a daily challenge. I play at least one game every single night, with the goal of solving every daily challenge through the entire year.  Doing great so far!

World Goth Day – We have all seen young people, or its usually young people, sporting the black clothes, dyed black hair, black lipstick, black nail polish, looking gloomy and grim as they go about their lives.  They keep to themselves and appear to be trying to make some sort of a statement, but honestly, I could never understand what that could possibly be, for as they tried to be unique and different, as the idea caught on, and more people started doing this too, the less individual and unique they became.  Where did it start though? Well, the Goth subculture sprang up after the release of the band Bauhaus’ song, “Bela Lugosi’s Dead” in 1979. The movement most likely began in the United Kingdom and was gaining ground by the early 1980s. There were a few of these kids around when I was in high school, so this timeline sounds very reasonable.  Initially the movement was mainly underground, but today’s Goth followers commonly appear in the mainstream. Due to their less than typical physical appearance – particularly their clothes and makeup – Goths have been surrounded by a plethora of mystery and myths. Here are just a few myth busters about Goths that I found – do I believe them? I have no reason not to since I have never been, nor will understand, the mindset behind being Goth:

With those points taken under advisement, I must say I don’t care for the look, nor would I allow my children to run about looking like that when they were living at home.

National Vanilla Pudding Day – Pudding has an interesting history in that it originally contained meat. In Britain the word has many meanings, and is used to refer to sausages, any sweet or savory steamed dish made with flour, and all types of desserts.  In the U.S. things are a lot less confusing. When we refer to pudding we are talking about a creamy, sweet relative of custard.  The boxed stuff is great when you’re short on time, but a day like today calls for the good old-fashioned homemade stuff.  And how better to celebrate it? Well, with a low carb version of course! This one by Low Carb Maven looks like a delicious option and one I absolutely must try!

It’s time to go to work – and if the layer of fog is anything to go by, once it burns off, it will be a gorgeous day!  Let’s all have a great Tuesday, not let the mean girls (and they can be guys too) get to us and keep smiling and being cheerful. Don’t let the icky people in the world steal your joy.  God bless you and I’ll see you tomorrow!