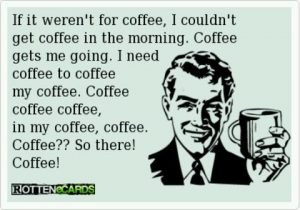 I cannot begin to tell you how incredibly sad and disappointed that I am this morning.  We had plans for our anniversary (which is tomorrow) to head over the mountains to see my son’s family, then spend a couple of nights in Leavenworth, WA – my FAVORITE place to go in the winter but now they are calling for a pretty major statewide snowstorm and we are having to cancel our plans.  I shed some tears as I fell asleep last night, and some more this morning while I was getting ready.  We will reschedule, but it won’t be the same. One, I miss my family and two, they keep the Christmas lights up in Leavenworth through February and this was the last weekend we would have been able to see them with all of the snow. Will it kill me to miss them? Of course not, but it’s always so romantic with the lights up!

Because of his great love for us, God, who is rich in mercy, made us alive with Christ even when we were dead in our transgressions — it is by grace you have been saved.

Of all things to be rich in, I cannot think of anything I’d prefer the Holy God to be rich in than mercy. I know my failures, shortcomings, sins, and transgressions. Without his mercy, to pardon again, and without his grace to send Jesus to pardon at first, I would be lost and without God. Now, because of his rich mercy, my life is tied to Jesus’ future and not the one I earned for myself.

No time for this – my only thoughts right now are getting to work safely and trying to swallow my disappointment over our canceled plans. I’ll suck it up and come with something for tomorrow though!

Curling is Cool Day – This is NOT an easy one to write about!  I’ve read through the description several times, and watched a video, so here I go, hopefully I won’t confuse you.  Curling was introduced to the world by people of Scotland.  There have been curling stones (I’ll explain that in a bit) with the year 1511 carved into them, so it has been around for a really long time.  The Scots introduced curling to North America, and over time it has taken hold.  The sport was officially accepted into the Winter Olympic Games in 1924, but wasn’t actually played competitively in the Olympics until 1998.  I must wonder what took so long?  I can’t find a reason for the delay.  Anyway, the basics of the game is that it is played on a sheet of ice, with granite stones being slid over it.  It sort of feels like a combination of bowling, hockey and shuffleboard.  Points are scored when the stones reach a particular point on the ice sheet, and the team that gets the most number of stones where they need to be wins the game.  Confused? Yes, I was too.  Rather than go into a long explanation, I’ll post this video for you to watch.  It’s short, so please take a moment and you’ll see, that this really is a pretty cool sport – no pun intended – and though it is still confusing, it’s intriguing at the same time.  That one shows the basics, but this one shows the U.S. Men’s team in the qualifier match with the Czech Republic team.  Interesting!  I’m still confused, but I find it to be intriguing at the same time . . . to watch, not to play.

National Dog Biscuit Day – Don’t you just love these celebrations for dogs? I do!  I know Moose does!  Our pups deserve all of the attention and treats for all of the happiness that they give to us every day.  Moose is still getting used to his “cookies”.  While Tibbi used to just inhale them without even tasting them, Moose takes them in his mouth and holds them there for a bit then he goes and flops down on his bed and looks at them for a moment, then licks them a bit before finally eating them.  He seems to savor the treat, which is very sweet to see!  He’s such a good boy. A good way to celebrate this one is to try making your own doggy treats. I’ve made them before and Tibbi loved them – I haven’t made them for awhile.  At the time I made far too many and they ended up molding before she could eat them all, so for the homemade yummies – limit how many you make instead of multiplying the batch like I did.  The grateful expression on their furry faces makes the effort worthwhile.

Single Tasking Day – Are you a multi-tasker?  I’ve always considered myself capable of accomplishing many things at a time, making the day very productive. I don’t know that I’d be able to deal with a job that didn’t have me doing many things at once, and I’d probably consider it to be a little boring!  Well, for those of us who struggle to hold ourselves back, this is the day to try.  Single Tasking day is an annual holiday meant to encourage people to slow down and just take care of one thing at a time.  Many people are overworked, underpaid and over stressed, and there is just not often enough time to get everything done in a day.  The thought of doing one thing at a time probably, at least to some people, sounds like perfection.  There are even some researchers that have said the multi-tasking lowers productivity and slowing down to do one thing at a time could mean less stress and fewer mistakes.  Give it a try and let me know how it goes!

Skip the Straw Day – I like straws. A lot. I use a straw in my coffee whether it’s hot or cold, and in my icy beverages. People have been slurping their drinks through a tube for a very long time, but now we are being asked to skip the straw to save on landfill and ocean debris. I don’t know who is throwing their waste materials into the oceans, I know it isn’t me or anyone I know, but obviously someone does because there are large sections of the ocean where garbage collects and drinking straws are mixed in with that. This can cause major harm to marine life.  They can mistake it for food, try to eat it and get sick or die from it, they can get caught in it while they swim – I saw a sea turtle caught in a bunch of plastic in the ocean, it had died struggling to get free. The story on the news broke my heart!  When plastic breaks down it produces bisphenol A (BPAO which interferes with the reproductive systems in sea love.  As if that weren’t bad enough, it produces styrene monomer, which is a suspected carcinogen. According to some studies Americans use 500 million straws every day, so for this one day skipping the straw potentially leads to 500 million fewer straws ending up in the landfills and oceans.  If it helps I do re-use my straw for several days, washing it in between uses.  I can’t give up my straw for my morning coffee on the way to work or I’ll end up wearing my coffee down my shirt.

Tennis Day – I am not a fan of tennis.  I won’t lie.  I am not a sporty gal anyway, and was always the girl in school who was dodging whatever ball was coming my direction, which includes tennis balls.  Uncoordinated doesn’t even begin to describe the choppy/flappy motions I’d make when I’d be attempting to swing at that ball – without any success at all.  However, millions of Americans DO enjoy playing tennis, and it is really good exercise.  Not everyone is the klutz I am when it comes to sports, so it stands to reason that it’s a popular game.  If the weather in your area allows it, or if you have an indoor court near you, maybe you can spend some time with friends or family on the court today!

Tootsie Roll Day – Tootsie Rolls . . . just the thought brings up so many childhood memories.  Even now as a grown-up I find them to be curiously addictive and can’t bring a bag into the house or I won’t be able to stop eating until it is empty.  For candy that isn’t quite taffy, but not the expected texture of chocolate, they just sort of hit a spot that satisfies the sweet tooth, don’t they?  You could close your eyes and have someone put a bit of a Tootsie Roll into your mouth and most people would know instantly what it was, without even being told.  The smoothness and cocoa flavoring are unique and unmistakable.  According to Tootsie Roll Industries, Leo Hirshfield, an Austrian immigrant, opened a small candy shop in New York City, producing the first individually wrapped penny candy from a recipe he brought with him from Europe, on February 23, 1896.  He named the sweet treats after his five-year old daughter, Clara.  Her nickname was Tootsie.  How sweet!

1896 – The Tootsie Roll rolls into stores in America.

Banana Bread Day – In the 1960s, you could pick up banana puree at the market. These days, we know to use up those bananas that have begun to look all dark and squishy for homemade quick bread.   It prevents waste and a really ripe banana makes for great flavor.  I read some interesting things about bananas that I thought I’d pass along to you.

Did you know that banana trees are considered to be giant herbs and not ‘trees” at all? I didn’t!  Or did you know that a cluster of bananas is called a hand and each banana are its fingers?  I didn’t know that either!  How about that rubbing the inside of a banana peel on bug bites are said to relieve itching and inflammation?  Yup, I’m 3 for 3, how about you?  Over 95% of American household purchase banana at least once a month, and for many of us it is much more than that.  Bananas are one of the only fruits that are harvested every day of the year because they do not grow in regions that have dramatic seasonal changes.

Chili Day –  This one is in progress of being celebrated in our house today. I put a batch of chili in the crockpot last night so I could have it cooking while we work today. Since snow is in the forecast, I thought this would be a delightful dinner to enjoy! Did you know that for the most part chili is already low-carb? If you skip the beans of course, but I did find that there is one type of bean that is REALLY low carb and I like them a lot! They are the Eden’s Organics Black Soy Beans – and though I know that many people skip the soy, once in awhile I will add a can of these beans to a pot of soup for added texture and flavor. YUM!

I need to head out early. The snow melted yesterday in most places, but it froze up again last night and there is a risk of black ice. I don’t want to take any chances! God bless you and I’ll see you tomorrow!