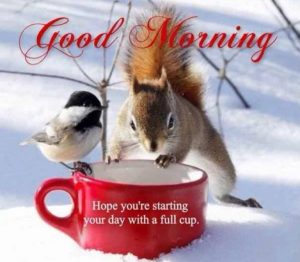 We survived Monday! The world is a crazy place, but one thing is always true. Reaching the end of Monday always feels like a wonderful accomplishment.  I think that I only have one stop to make at the post office on my way home from work – since I forgot that it was closed yesterday – then I get to go straight home! I feel like so many of my nights are spent stopping at the store for something I forgot, that I get home too late to get a decent start on dinner and we end up eating late! Not tonight though, which sounds like an odd thing to look forward to, but I do look forward to it.

Today’s Verse of the Day is very fitting for the situation in the news the last few days regarding the Catholic kids in the MAGA hats being bullied by the liberal media and the country as a whole.

When you are brought before synagogues, rulers and authorities, do not worry about how you will defend yourselves or what you will say, for the Holy Spirit will teach you at that time what you should say.

When we need help most, Jesus promises he will be there and will send his Spirit to give us the words we need. Throughout the centuries, this promise has sustained those facing persecution and ridicule. It helped them realize that they were not alone and that they didn’t need to worry about having the perfect answer to everything going in to face a hostile audience. This same promise sustains Christians today whether they are under governmental persecution or facing the hostility of unbelievers in the workplace, at school, or at home. When facing our enemies, we know we are not alone; our Savior goes with us.

I am typically able to find good in just about anybody or in any situation. That is, I was able to until lately. Lately I find very little good in quite a few people, and the ones I find nothing redeemable are usually hard core, Trump hating, Constitution bashing, non-patriotic liberals. To the few liberal leaning friends that I have, if you are still my friend, it means you aren’t as hard core as the people I am talking about, and if you are, then we’ve made the agreement not to discuss it, so we remain friends. I’ll give you a pass, until I hear you praising killing babies or other horrible rhetoric. The last few days have been particularly awful, and the basis of this feeling is the craptastic way that the liberal media continues to publish fake news stories, causing innocent teenagers who happen to be Christian and wearing MAGA hats, to be the focus of hate and death threats. Their crime? They were standing on the steps of the Lincoln Memorial waiting for a bus after attending the March for Life. That’s it. A nutball, fringe cult – the Black Israelites – whatever that means – started screaming homophobic insults at them. Maybe because they were an all-boys group? Then, to make matters worse, a lying, media whore of a Native American activist who has been proven in the past to make crap up for attention, turned his attention on these kids, getting into their faces, beating their drums and being horrible, all while telling the “media” that the boys were bullying their activist group. What? Seriously? Even when video from 4 different camera that hadn’t been heavily edited like that of CNN and their ilk, the screeching harpies from Hollyweird, et al. wouldn’t let it go. They are seriously calling for bodily harm to befall these kids and will not let this go? Their crime? They are conservative Christian kids. Know what all of this has very likely done? It has likely cemented that these kids and their future families will ALWAYS be conservative Republicans. That right there is the only good I can find in this situation. Future voters who will be old enough to vote for President Trump to serve his 2nd term. 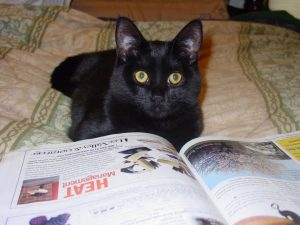 Answer Your Cat’s Questions Day – Do you ever look at your cat, see her staring at you, and wonder what on earth she (or he) is thinking, and what they want?  They want to say something, you can just see it, but they can’t.  I have a “talker”, my black kitty (Itty Bitty Kitty – I know, how original) she just goes on and on, chattering while she follows me around the house and I just wish to goodness I could “get” it.  But I don’t. I actually find myself getting really frustrated and telling her to JUST SHUT UP!  What we can do is be aware of our feline friends, and notice when they want something, and try to figure out what that is. In our case she wants me to pet her, or to feed her treats. One thing that we all need to understand is that people who love cats are happy by the very existence of our cat . . . but we as people must perform daily to try to keep our cat happy – and that’s just the way it is.  They are so much more demanding than dogs . . . but to me, it’s worth it.  As I type this my Itty Bitty Kitty is sitting to my left staring at me, and I am missing my Pepsi cat, who we lost last year.  Really spend some time trying to understand your furbaby felines today – remember they like to be up high – it makes them feel safe to be able to look down on everything else. They aren’t trying to be a pain when they jump up on stuff, they are trying to be above the rest of the room so they feel like nothing can get them.  Mine has a tall cat tree that she uses occasionally. Be understanding and loving with them today. Give them some extra pats and snuggles and see if you can figure out what it is that they are asking of you.

Roe Vs. Wade Day – I refuse to celebrate, in any way, the day that God wept over our nation when the murder of innocent babies in the womb was legalized.

1973 – A historic Supreme Court decision in Roe vs. Wade legalizes murdering babies in the womb. 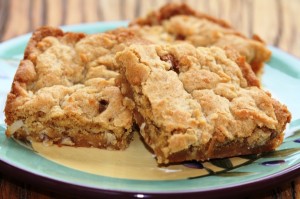 National Blonde Brownie Day – is a special day that is set aside to bake and eat blonde brownies.   What’s a blonde brownie?  I’ve had lots of traditional, fudgy brownies, but never a blonde one.  Well, they are made with light brown sugar in place of dark brown chocolate.  Another way to describe them would be butterscotch brownies – they were popular in the mid-1950s.  Sounds delicious! 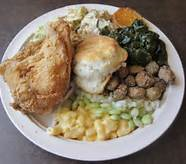 Southern Food Day – As I was researching this one, I ran across all sorts of suggestions for things like fried chicken, greens, cornbread, and other foods that are traditionally obvious.  I also ran across various posts about southern cooking being about practicality and comfort food.  Last year when I was reading up on this one, I read one post about soups and stews – and it hit me.  My Grandma was from Oklahoma, which is considered southern/mid-west-ish, right?  She was all about using leftovers and making something good out of the bits and pieces hanging out in the fridge, so that is what I did.  I threw together the last of the leftover frozen ham from a couple weeks ago with some homemade bone stock, diced up daikon radish, onions, a few carrots, the limp stalks of celery that were languishing in my vege drawer, some spices and for thickener, some cream cheese. Voila!  A delicious stew that hubby thought was good enough to enjoy 2nds.  I also made, from the blog All Day I Dream About Food, Low Carb Cheesy Skillet Bread. It’s sort of close to corn bread without the carbs. And there we had my version of Southern Food for that day. I didn’t plan ahead for this one though, and I have all of the ingredients for something different tonight.

*yawn*  Time to grab my coffee and all of my stuff and hit the road. It’s Tuesday and the halfway point to my week!  God bless you, be kind to each other, and I’ll see you tomorrow.