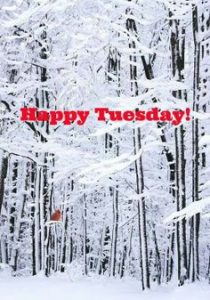 Brrrr . . . It’s a bit chilly around here. I hesitate to say cold after what the mid-west went through last week, but for us, it’s a trifle on the tooth chattering side.  We still have snow everywhere – except on many of the trees, since the wind blew it off yesterday. I’ll be heading out to work soon, leaving a bit early to give myself time to go slowly, but after I get off of the side and back roads, I’ve heard the main roads are clear. Let’s hope that what I heard is true!

Haughty eyes and a proud heart, the lamp of the wicked, are sin!

Watching a dog catch a snowball, then watching him try to figure out what happened to it after he chomped at it, it pretty darn funny.  Our Moose has really been enjoying his first experiences with snow.

Chinese New Year – Do you ever go have a meal in a Chinese restaurant and look for your birthday on the Chinese Lunar Calendar place mat? I always do, which can be fun.  Today is the 1st day of the Lunar Calendar and people in China, and around the world, will be celebrating the new Year of the Pig with family, food and fireworks.  The date changes every year since it begins on the day that the new moon appears between January 21 and February 20. 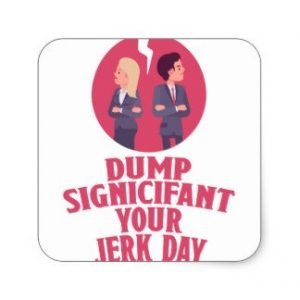 Dump Your Significant Jerk Day – (1st Day of Dump Your Significant Jerk Week) – the timing of this particular celebration is perfect – 1 week before Valentines.  Pretty telling, right?  Someone somewhere got sick and tired of their significant other and decided that giving them the old heave-ho was a great idea right before the day of love we all either enjoy or detest!  It grew from there and became a recognized day and a week to clean house – so to speak.  So if you are with a jerk who doesn’t appreciate you, who you realize isn’t going to get any better as a boyfriend/girlfriend (or whatever they are to you) this would be the official time to let them go so you can move on to either peaceful solitude with no romantic expectations, or to finding someone you are truly meant to be with. Either way, life is too short and precious to be spent with someone who doesn’t love or appreciate you the way you deserve.  And same goes for them.  If you don’t love and appreciate them the way they deserve, then they are better off without you too. 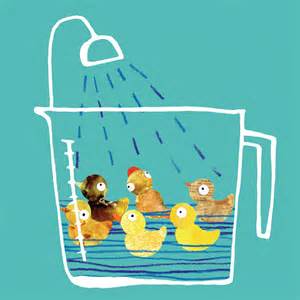 Shower with a Friend Day – Some people find winter to be the loneliest season of the year. The daylight is short and with Valentine’s Day in the middle of the month, there can often be folks feeling a bit blue and somber.  Shower with A Friend Day was proclaimed to be a holiday to be celebrated on the 5th of each February, and intended to inject some humor into the season.  It was also supposed to educate people on the benefits of showering in fresh, filtered water.  Your body absorbs more chlorine through the skin and lungs while showering than when you drink tap water.  This can irritate the lungs and have very unpleasant side effects over a period of time.  Chlorine also strips protein from hair and skin, leaving them dry and itchy.  I can definitely say this is true! When we were on vacation we sat in the hot tub, which was heavily chlorined. We both felt like the moisture had been sucked from our bodies and suffered from dry mouth all night long, even after drinking a bunch of water.  It was pretty uncomfortable.  All of this celebrating was done to bring people to order a new shower head and filter system to keep your skin silky soft, and that the winter months could be made smoother by installing a new “friend” and never have a lonely shower again.  Pretty elaborate advertising scheme, don’t you think?

Weatherman/Weatherperson Day – I admit that I have a like/dislike TV viewing relationship with most, if not all, weather people.  Sometimes it feels like they just throw a guess out there and hope that it is correct.  Granted, more often than not they hit sort of close to being accurate, but seriously I often wonder what is the point?  Even with all of the inaccuracies they do work hard, and weather is often pretty fickle, so it can’t be easy.  They have all sorts of technological advances, super computers and all of that knowledge they got in school, but weather is tricky!  Knowing what the weather is going to be affects our daily lives.  How we dress, where we go – or even IF we go.  It can save lives!  It tells us when and where hurricanes or tornados may hit. Farmers depend on weather predictions every single day to be able to do their jobs properly. An accurate weather prediction can make or break when planting is started, and when the harvest is completed. My Grandfather told me once that you couldn’t believe what a weatherman said because God liked to keep us guessing. He followed the Farmer’s Almanac, saying it was a good deal more accurate than those guys on TV. I’d read it with him, and honestly, was pretty impressed by how accurate it always seemed to be. Not perfect, but what is? This day commemorates the birth of John Jeffries, one of America’s first weathermen.  He was born on February 5, 1744 and kept weather records from 1774 to 1816.  Pretty much ahead of his time!  If you happen to know a weatherman/woman, thank them.  If not, maybe send your local gal/guy a quick email to their station.  I’m sure they hear a LOT of griping when they are wrong, but maybe they don’t hear the positive when they get it right!  My favorite local weather forecaster is MJ on Q13 Fox.  Good job MJ! 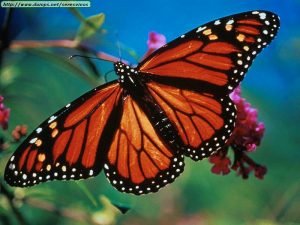 Western Monarch Day – Today we celebrate the annual migratory return of the Western Monarch butterfly to the central coast of California, where they spend the winter during October through March.  Thousands of the Monarchs come to the California coast each year, with one of the most popular spots to see them being Pismo Beach, CA.  The estimated count of the butterflies all in one spot, as of January 23, 2013, was more than 23,000 monarchs! That is a lot of butterflies! The migration draws many visitors to the central coast, where they are studied and celebrated.  Wouldn’t that be something amazing to see?  Perhaps I should add that to my list of “want-to-sees”.  I think I will!

National Frozen Yogurt Day – Ice cream with pro-biotics! Can’t get better than that, right?  Another thing I have the ingredients for but didn’t make. Tonight? Maybe. We’ll see!  Here’s a recipe to try out to see how easy it is to make it at home!  Low carb deliciousness every time!

National Chocolate Fondue Day – Holy moly – Chocolate fondue. Seriously I’m starting to drool at the thought.  I need to make some low carb hot fudge sauce to use in my coffee anyway, so this has a definite possibility of being on the menu tonight – maybe with berries to dip in it? Hmmm . . . delicious. 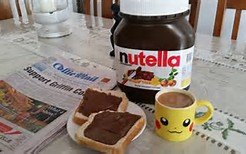 National Nutella Day – Have you ever had Nutella?  I never had until we went on an Alaskan cruise a few years ago.  It was an option on the breakfast menu for toast or English muffins.  It’s delicious! It is a creamy, chocolate-hazel nut treat that is very rich and something I will only have on rare occasions. I do know people who ADORE it and love to eat it all of the time.  People not only eat it as a spread for breakfast, but it has made its way into desserts, holiday traditions, and now has its own special holiday that was bestowed up on it in 2007 by two Nutella lovers, Sara Rosso and Michelle Fabio, with the intention of encouraging others to try and celebrate Nutella as well. For some reason that doesn’t make a bit of sense to me, since this special day would just make MORE sales for Nutella, the Nutella company had their lawyers issue a cease and desist order I 2013, demanding that Rosso and Fabio stop publishing anything with the Nutella name. That decision has since been reversed, and their website and Facebook pages have been allowed to continue. I would have thought they’d like all the free publicity, but what do I know about big companies like that? Since all of that hullabaloo happened they have thanked Rosso for being a devoted fan.   Nutella made its debut on taste buds in 1949 and is sold in more than 75 countries all over the world.  While I can’t endorse Nutella as the healthiest choice for anyone, it’s definitely one that can satisfy the sweet tooth.  I did a quick search and found that there are a lot of recipes out there that highlight this sweet delicacy.

Here are a few things that I found out about Nutella that I thought were interesting.

There’s a Nutella recipe that is low carb on All Day I Dream About Food that I have to try! I meant to make it this weekend, but somehow the weekend got away from me.  I have the hazelnuts though!  It’s just a matter of making it!

I’m ready to get bundled up and get out the door. Slow and steady is my motto today *deep breath* exhale* Here I go! God bless you and I’ll see you tomorrow.