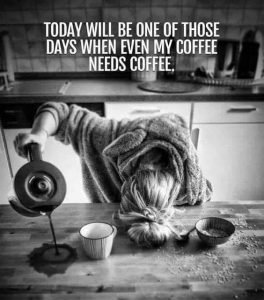 Weekends go by so quickly – and this one wasn’t any different.  We did manage to get a LOT done! Saturday, we did a mega-grocery shopping trip. I now have overflowing fridges, pantry and freezer. It’s nice to stock up on things I was running out of and have options for creating great meals.  I do need to pick up a few more things on the way home from work, but that’s easy enough.  Sunday, we hit the yard work and got so much done! At least for two weeks. We all know how fast weeds grow back again. For right this minute it looks pretty great which is good enough for me.

Arise, LORD! Lift up your hand, O God. Do not forget the helpless.

We are very much aware that we live in a broken world. Unfortunately, our broken world is also filled with broken people. In days of pain and anguish, in days when those who hurt know their helplessness, we have no other source than God to whom we can turn. The LORD, the covenant God of Israel, who kept his promises, preserved his people and produced his Messiah, is also the God who stands by us. In the short run, there are moments when he appears to not be watching or listening or caring. What do we do in those moments? Pretend we don’t have our feelings and doubts? No, we honestly cry out to our LORD who has redeemed, saved, and liberated in the past and call on him to do the same in our day! 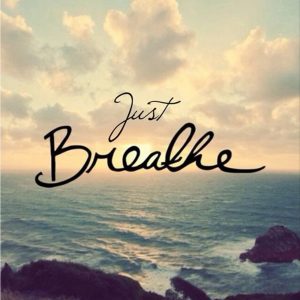 When I was mowing the lawn, I happened to see a teeny, tiny tree frog frantically hopping away from the mower as fast as he could. I stopped and while I was getting ready to put the mower in park, get off and re-locate him to a new place, Hubby saw what was going on, came over and my heart melted a bit.  This manly guy gently scooped up this miniature frog and moved him to the taller weeds where I would not be mowing. He was so careful, this little frog so tiny in his big hands, and in that moment, I felt so safe, because this husband of mine makes me feel that safe every single day.  I haven’t always felt that way, so this is such a wonderful and peaceful thing to feel, in such a simple and beautiful moment.

In honor of all those in the mid-west that got weird April snow this weekend. 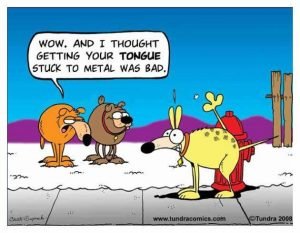 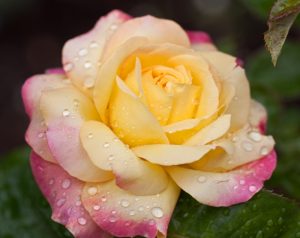 “Peace” Rose Day – (The flower) – The Peace Rose has full petals and a creamy yellow center that is framed by white petals with tiny pink tips.  It’s positively gorgeous.  Each rose has a history, and the Peace Rose represents world peace at the end of World War II.  It was developed by French horticulturist Francis Meiland between 1935 and 1939.  Seeing the writing on the wall about the German invasion of France, he protected the rose by sending cuttings to friends in Italy, Germany, Turkey and the United States.  The cutting bound for the U.S. made the last plane before the German Invasion.  The cutting was cultivated in the United States by the Conrad Pyle Co, during the war.   So, considering its rough start, how did it get the “Peace” name?  Well, in France it was called the “Madame A. Meiland” after its creator’s mother.  It Italy it was called “Giogia” (Joy), and in Germany “Gloria Dei” (Glory to God) and Peace in the U.S.  In 1945, Francis Meiland contacted Field Marshall Alan Brooke, who was the principal author of the master strategy that helped win WWII, and to offer to name the rose after him.  Brooke, thinking that his name would be forgotten, suggested that it be called Peace.  The name was officially announced on April 29, 1945 by the Conrad Pyle Co.  It was the day that Berlin fell to the allied Forces, and the official end to the war.  Peace roses were presented later that year to the first delegation of the United Nations in San Francisco with a note that said: “We hope the Peace rose will influence men’s thoughts for everlasting world peace.”   What a wonderful name and meaning for such a beautiful flower. 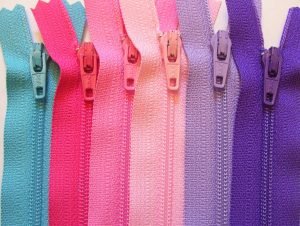 Zipper Day – The person who invented zippers needs our undying gratitude! Without zippers we may still be trying to interlock a series of hooks and eyes with locking clasp!  Litcomb Judson invented and patented the precursor to the modern zipper, a clumsy clasp locker system, in 1891.  The early metal zip was in production by 1893, but by 1913 a new zipper was patented by Gideo Sunback of Hoboken, NJ.  The new zipper locked more easily and quickly than the original metal zip.  April 29 is the anniversary of the day Sunback patented zipper.  I thought this was interesting . . . this is a brief history of zippers that I found:

* 1917 – Zippers were used for shoes, tobacco pouches and Navy jackets.

* Through the 1950s – Side zippers were used to fasten dress and trouser seams.
* 1950s – Zippers moved to the front of pants and the back of skirts.

* 1980s and 2009 – Zippers provide more than an easy way to fasten clothing. Zippers as a visible embellishment became a fashion trend.

We’ve come a long way, and I for one, am grateful.

National Shrimp Scampi Day –   Scampi in Italian actually refers to langoustine, a kind of shellfish, but in the U.S., it has come to mean a preparation for shrimp — one that’s heavy on the garlic, lemon juice or wine, and parsley! Today is your opportunity to eat and enjoy a great meal…or snack. Shrimp scampi is simple and easy to make. And, its ohh so tasty! Just cook the shrimp along with butter and chopped garlic in a skillet. Well, this may have blown my menu plan right out of the water today.

Let’s get this day started and get the forward motion towards the weekend started! This is going to be a GREAT week! God bless you and I’ll see you tomorrow.