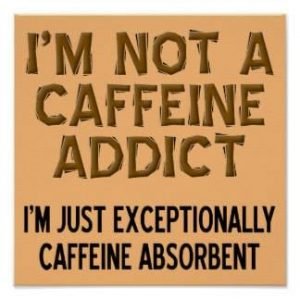 I know I wasn’t here for the weekend to post anything, but I suppose I’m not posting about anything urgent for anyone, so no harm done right?  I have no idea why, but I am truly struggling to get adapted to my new work schedule.  You wouldn’t think an extra hour of work a day would make that big of a difference, but it really does. Add the additional day each week to the additional daily hour, and it’s really taking a toll! I have done my major housework on my day off each week for so many years, that having to do it on the weekends is a struggle, both mentally and physically. I know, cry me a river, right? It’s not like most of you aren’t doing the same thing, but I am feeling a bit sorry for myself overall.  The good thing is that I have stopped having trouble sleeping on Sunday nights, which tells me that for quite a few years I have been plagued by stress at work to the point that it was disrupting my sleep.  I may not know everything I am doing yet, but I am feeling really positive about it.  Learning something new is good for the mind, and having a group of ladies that aren’t bashing our President day in and day out, and who aren’t saying truly blasphemous things each day about God, has really improved my overall mood and reduced the anxiety I felt each day going to the office. These things MORE than make up for the increased difficulty level of the work that I am doing.

This weekend was filled with more decorating for Christmas, cleaning, LOTS of laundry, dishes, making cookies for lunches, working on paperwork, and a myriad of other chores that filled all of the minutes of both of the days.  Being a list maker, I have started adding to my list the things that I want to do each night, in addition to making dinner and prepping for the next day, in the hopes that by the time the weekend rolls around, there won’t be so many miscellaneous things to do and we can have some guilt-free relaxation time. 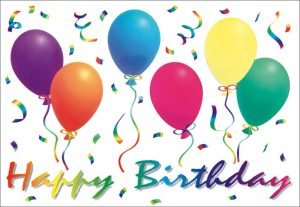 HAPPY BIRTHDAY D! I hope your day is wonderful in every way!

Rejoice in the LORD, you who are righteous, and praise his holy name.

—Psalm 97:12
Thoughts on Today’s Verse
Joy! Rejoicing! When we think about the glory of God and the grace that he has shared with us to make us righteous, how can we not rejoice? God is gloriously holy and majestic. He is eternal and just. We, on the other hand, are flawed, mortal, limited, and sinful. Yet in his rich mercy, he has made us righteous by the sacrifice of Jesus so that we could share an eternal home with him. Our response must be praise! 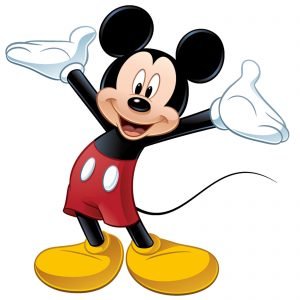 Mickey Mouse Day – Wow! There was a LOT of information to sort through for this one!  And that is NOT an understatement!  Apparently Mickey Mouse isn’t only the most famous rodent of all time – he has influenced MANY people and their careers in the 85 years since he first appeared on the scene, November 18, 1928, when he was in “Steamboat Willy”, though apparently that wasn’t his very first appearance.  No, that was in “Plane Crazy”.  He was also the first cartoon character to be honored on the Hollywood Walk of Fame!   I found a long list of things that can be traced, either directly or indirectly, to this very famous mouse.

* When Walt Disney came up with the idea for Mickey Mouse, he was low on funds, but full of ideas.  Mickey’s birth launched Disney’s career. * People loved Mickey so much, that they would go to the theater, and if they weren’t playing a Mickey Mouse film, they would leave to find another theater. *  “Snow White and the Seven Dwarfs” – In 1937 this Disney movie was a breakthrough for animated film, and for the time, the ultimate byproduct of Mickey’s success. *  The name Mickey Mouse has been written down more than a few times by fed-up citizens who don’t like anyone on the voting ballot. *  In the 1940’s Disney hit a rough spot.  Fortunately they had lots of Mickey Mouse merchandise sales to fall back on until “Cinderella” hit it big in 1950. *  Walt Disney invented the American Theme Park with the original Disneyland. *  The Mickey Mouse Club premiered in 1955, helping to shape the idea of the American teenager, giving them a new natural habitat . . . the rug in front of the TV. *  Annette Funicello was the breakout star of the original “Mickey Mouse Club” and was Disney’s first teen queen.  Her success brought about “Beach Party”, a 1963 musical teen-vacation movie. *  Princess mania started with Disney – how? Well, with constant and prolonged exposure to Cinderella, Aurora, Ariel, Belle, Jasmine and any others from the 1990s forward, leading to an explosion of pink.

The list goes on and on, but there wasn’t any way I was going to give yet another plug to misbehaving EX-Mickey Mouse Club members.  We see enough of those folks as it is.

Push-button Phone Day – Remember the days of rotary phones?  If so, then you are AT LEAST in your mid-40s.  I remember them, and how awed we all were with the push button phones.  Just about as awed as we were with having a private line and not a party line!  For anyone who doesn’t remember what a party line is – or even know what one is – well, I’m sticking my tongue out at you.   Sometimes I overhear teens, or even young adults, complaining over how long it takes for their parents to return text messages, and know that they would have “suffered” greatly in the rotary phone dialing days.  Hahaha and for those of you who are scratching your heads wondering what it was?  To use a rotary phone you had to put your finger into a numbered hole and physically turn the dial in order to get each number of the phone number to go through.  Western Electric Manufacturing and supply Unit of the Bell System introduced the Touch Tone telephone with 10 push buttons on November 18,1963.  The service was available for an extra fee and was first used by businesses in Carnegie and Greensburg, PA.  I remember using rotary phones, so it must have been awhile before regular people started using the touch tone, and they were affordable for budgets that were tight. 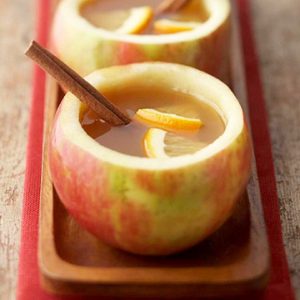 National Apple Cider Day – Is there anything that resonates autumn more than apple cider?  When I think of fall, one of the 1st things that I think about is hot apple cider, and I literally begin to salivate.  When did people start making cider though?  Well, historians pretty much agree that apple trees existed along the Nile River Delta as early as 1300 BC, but they don’t know whether cider was made from the apples.  I would imagine they did though, wouldn’t you?  Move forward a few centuries, and we have the Romans arriving in England in 55 BC, and they found local villagers drinking a cider-like beverage that they made from the apples.  Ancient records say that Julius Caesar, and of course his people, the Romans, enthusiastically began enjoying the cider as well.  There really aren’t any historical records that say how long the English had been drinking the cider before the Romans showed up – so it’s anyone’s guess.  By the time the 9th century rolled around cider drinking was well established in Europe.  In 1066, after the Norman Conquest, cider drinking was so popular that orchards were planted with the specific intention of harvesting the apples for cider.  It became a very important industry during medieval times, with monasteries selling large quantities to the public.  Laborers from farms got a cider allowance as part of their pay!  English cider making reached its peak in the mid 17th century, with nearly every farm having its own cider orchard and press, but the industry started to decline because of major agricultural changes.  It regained popularity in the 20th century, but the demand was for mass-produced cider.  In recent years traditional cider making made a comeback.  Well, this tells us about European apple cider, but what about apple cider here in America?  Early English settlers introduced cider to our shores by bringing seeds for growing cider apples.  During that time period grains did not thrive very well and were very expensive to import, so that made the plentiful apple orchards, and the apples they produced, inexpensive and easy to obtain.  The result was that hard cider became America’s most popular beverage, with the consumption increasing during the 18th century, in part because of the work of Johnny Appleseed and his mission to plant as many apple trees as he could in the Midwest.  Cider began to fall in popularity when German beer and its faster fermentation process arrived to our shores, with large breweries producing large quantities of beer.  Apple cider production was limited to small farms, which made it difficult to produce in those amounts.  About the same time the Temperance movement started, and many church going families gave up cider, some of them even going so far as to chop down their trees.  That doesn’t make a bit of sense to me, since wouldn’t the fruit still be usable for eating?  Prohibition was pretty much the death knell for the cider industry at that point in history.  Today, with microbreweries popping up everywhere, we see traditional cider making becoming popular again, both here and in Europe.

National Vichyssoise Day – Pronounced “vee-shay-swah,” this silky potato and leek soup is traditionally served chilled, but it is equally delicious when hot. I couldn’t tell you how it tastes cold because it doesn’t sound good to me cold. It has its own day, so I must assume that enough people like it for it to have been nominated.  I do love a good, thick bowl of potato soup though, which has long been a cool weather meal in our house.  Well, until I stopped eating potatoes of course. The starch is just too high, as are the carbs, and the inflammation they cause makes my hands ache for days. As delicious as they are, I just can’t do that to myself – or at least not very often.

My morning is off to a good start. I’m up, my Bible study is done, I have done a bit of stretching, made coffee, packed lunches (thank you leftovers!), had breakfast and as soon as this posts, am going to try to get Moose out for a walk – unless I open the door and it’s raining again. Then, sadly, we won’t. I hate doing my hair, then going out and getting drenched. After work we have an errand to run, but it’s something to check off my list for the week. Have a fantastic day! God bless you and I’ll try very hard to see you tomorrow.