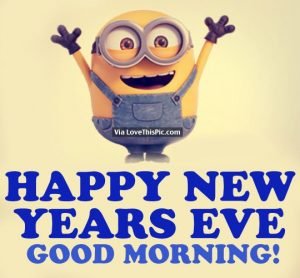 Well, we made it all the way through the year, and tonight will say good-bye to 2018 and welcome 2019.  This year has been many things to many people, some disappointing, some that bring happiness.  For me, my family is healthy, and all are happy.  I have goals I did not meet, so it is with regret that I have to put them on my list of to-dos for the new year. I mourned the loss of a job I’d been at for many years, only to find that I am blessed to be out of a toxic environment, which I hear is to become even more toxic in the near future. The rumblings I hear from friends there aren’t necessarily happy ones. I may not have the benefits I had before, but from the way I hear it, they aren’t going to have them for long either. Where I am now, I am appreciated and going to work doesn’t make me feel like crying. How did I not see this? A dear friend moved far away, but thanks to technology we are in contact with each other often, and she seems to be happy too. Getting away from toxicity is good all the way around.  Our country is divided as I watch people who don’t care about anything except their hatred for our President, a hatred that makes no sense, since most of these people were drooling, boot licking sycophants when he was just another billionaire. Once he put an R after his name and became President, suddenly they hated him. Disingenuous, every single one of them.  As we end this year and start the new one, I pray for our nation, I pray for our President and I pray that the eyes of the blind will be opened to the truth, so that we, as a nation, do not disappear.

This is what the Lord says, “Forget the former things; do not dwell on the past. See, I am doing a new thing! Now it springs up; do you not perceive it? I am making a way in the desert and streams in the wasteland.”

The year is gone, finished, past. We cannot reclaim it or undo it. We cannot rest on the great distance it has brought us. If tomorrow dawns, it will be another day, a new opportunity, and the time to show our faith in Jesus as Lord. Let’s journey forward, knowing that God already inhabits the future and promises to provide us refreshment on our journey there.

First Nights – First Nights is a celebration that was started in North America as an artistic and cultural New Year’s Eve event that starts in the afternoon and goes until midnight.  Some cities have their events outdoors, but some are hosted indoors by churches and theaters.  These events were started as an alternative way of celebrating New Year’s Eve to avoid the emphasis on drinking that is so often the case with parties on this night.  Since the first one on December 31st, 1975 the phenomenon has spread across the country, in a variety of cities and venues.  I have to laugh because I think hubby and I have been having our own private First Nights celebrations from the 1st year we met – no focus on alcohol OR being out with other people who are drinking and behaving irresponsibly. 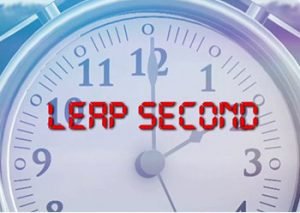 Leap Second Time Adjustment – Every 4 years we have Leap Year.  My daughter was 17 hours late for being a Leap Year baby – and as she was growing up, I couldn’t help but think that TECHNICALLY she would only have had a true birthday every 4 years – and what a party we would have held.  She’d just raise one eyebrow at me, which was all it would take to let me know that she didn’t think a birthday every 4 years was a good idea at all.  We’ve all heard of Leap Year though – because we have that extra day every February.  We have it because the year is not exactly 365 days.  It’s 365.24 days long, so if we didn’t have the Leap Year adjustment the date of the first day of the seasons would slowly change over time.  By making that adjustment our calendars stay accurate. But what I hadn’t heard of, and maybe you haven’t either, is Leap Second!  Yep, Leap Second.  It’s the same thing as Leap Year, only smaller.  We have two Leap Second events every year – one at the end of December and one on the 30th of June.  Sometimes a second is added, sometimes one is taken away.  It all depends.  Whether we have one added or removed is determined on the Earth’s rotation, which does fluctuate over time.  The people that make that decision are the International Earth Rotation Service (IERS), who have been in charge of our clocks since 1972.

Look on the Bright Side Day – Sometimes when life is going crazy, the world is spinning off of its axis and we can’t seem to find the time, finances or enthusiasm to do everything, it’s difficult to see the bright side of things.  It is so important to try though!  If we merely look at the doom and gloom of everything, we can get ourselves down and feeling terrible, which saps our energy and our spirit.  Trying to find something good in every situation can bolster our spirits and make life feel less bleak.  Try looking on the Bright Side today!  It really is a great thing!

Make Up Your Mind Day – This is your LAST shot this year!  If you’ve been waffling back and forth about a decision, today is the day to resolve it and make up your mind!  Clean the slate in advance of the New Year that is just hours away.  Do you want to start 2018 with all of this old junk hanging over your head?  I didn’t think so, so MAKE UP YOUR MIND!

New Year’s Eve – Tonight we see out the old year, and ring in the new.  Some people head for parties and people, and others (like us) opt to stay home and off the roads.  This is often thought of as a time to drink and be merry, but let’s face it – it’s just not safe to do that.  Others (like us!) take this as a time to eat and be merry.  For me, my New Year of healthier eating starts tomorrow, which means that I need to get all of my junk fixes in now while I have the chance.  Do any of you do this too?  New Year’s Day, in contrast to New Year’s Eve is a day to relax and get a good start on a bright and promising New Year, a new beginning. It is a time to be with family, and to look forward with anticipation.  For us it will be a quiet evening of TV and trying to stay awake until the new year.  So, what starts off the New Year the right way for you?  For many people it is the ball dropping at Times Square in New York City.  Did you know that the ball was first dropped in 1908?     And though I have absolutely no idea where THIS little bit of New Year’s Trivia came up, but here it is.  I’ll leave it to you to test it out.  “They” say that a raisin dropped in a glass of fresh champagne will bounce up and down continuously from the bottom of the glass to the top.  Hmm . . . interesting. I have no clue how that connects to New Year’s Eve, but whatever floats your . . . um . . . raisin?  Shoot, now I may need to buy a bottle of bubbly, so I can try it out!

New Year’s Dishonor List – This one is awesome!  New Year’s Dishonor List was created by a group of people called the Unicorn Hunters and they sit around all year deciding which words and phrases are dishonorable to the English Language and should be deleted from it completely.  Now, personally I feel that such things live their short life spans as fads and eventually fade away, so it would seem that it would be a bit of a waste of a year.  However, because there are so many truly annoying words and phrases, I can understand why someone would do this!  I couldn’t find the current list for this year quickly, but here are some words and phrases they decided were unworthy in the past.  Not sure I agree with all of them, but to each his/her own: 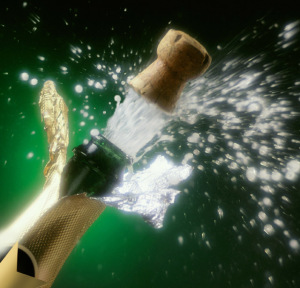 National Champagne Day – If that bubbly is from Italy, California or even the South of France, it isn’t technically Champagne. The real deal comes only from France’s Champagne region.  (Anyone have any raisins?) 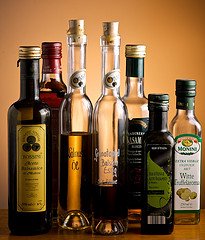 National Vinegar Day – Here are 5 food facts about vinegar that I thought were interesting.

As we spend the day reflecting on the year we are finishing, and anticipating the year to come, I hope and pray for all of us to have a safe, healthy and happy New Year.  God bless you and I’ll see you next year!