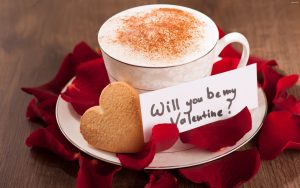 It always amazes me after a snow in this area, how quickly it melts off.  We can already see almost half of our yard, the roads are clear, and though the temperatures dropped below freezing last night and I’m sure I’m going to be driving along on solid ice, I am more than ready to get out of the house and to work.  And afterwards, the store.  We could go along for much longer on the supplies we have here, but there are a few things I would like to get, and I’m fairly certain the cat would appreciate some food, since she only has enough for a few more days. I’m definitely a homebody most of the time, but getting out will be good, since it’s been nearly a week.  Also, it’s Valentine’s Day, and though we don’t celebrate in any big way, I do try to make a nice dinner to commemorate the occasion.

Love must be sincere. Hate what is evil; cling to what is good.

Genuine love involves hate. Genuine love means that we hate evil. We detest it creeping into our hearts and ruining our relationships. We abhor its effects on those we love. We are repelled by the eternal destruction it causes in those whose lives are tender, or weak, or wavering. So, the very best thing we can do for those we love is to cling to what is good and stay far away from evil and wickedness.

I was reading various posts on Facebook throughout this time in the snow, and I am actually appalled by some of the parents’ comments about wanting the kids to go back to school, they are tired of being with the kids, etc. I remember as a child, and later as a parent, how much excitement a snow day brought, much less several snow days in a row.  If we weren’t out playing in it, I was more than content to curl up with a good book or playing board games with my family. When my children were growing up, we had fun in the snow, playing games, baking cookies, just being together.  Sure, sometimes the kids fought, but what siblings don’t?  I was never thrilled to have them be gone and back in school. Parents cherish these days. Embrace the special times that you are snowed in together. These childhood years pass by so quickly and in a blink, you’ll be wondering where the time went.  Embrace it, before it is too late.

Ferris Wheel Day – Today we honor the man who made the first Ferris Wheel – George Washington Gale Ferris, Jr., who was a civil engineer.  He made the very first one for the World’s Colombian Exhibition in Chicago in 1893.  If you have easy access to a Ferris Wheel, and have no issue with heights, maybe go on a ride today.  I know they have a really big one on the waterfront in Seattle – but I am not thrilled with how high it looks, so I’ll admire it from afar.

National Organ Donor Day – today we are all encouraged to sign up to donate our organs in case there is an accident that takes our lives.  It’s very uncomfortable, and a touchy subject, to think about our own death, especially if it is an early one.  However, accidents happen so think about it.  You could save lives by your very generous donation, and you won’t be using them anyway!  Yes, it’s a macabre subject, but one that we need to seriously discuss. 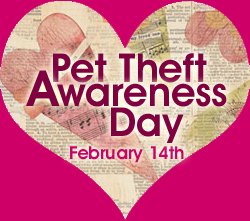 Pet Theft Awareness Day – This is not one to celebrate, but to be aware of so that we can take precautions to avoid at all costs! It is a very real threat that can affect any pet owner that does not take the proper steps to protect their pets!  I’ve heard of a scam from years ago where a family would purchase a new puppy, take him home and get him settled into his new place.  The seller was running a scam where they would sell puppies, get the buyer’s information, then go steal the puppy back so they could sell it again.  How awful!  It doesn’t matter whether you live in a city or the country, whether you just bought your pet or have had your family pet for years, you could be a victim of pet theft.  So, what can we do to protect our furbabies?  Being aware is the first step.  Knowing that it’s out there and a threat is very important.  If you see any strangers hanging around for no reason, be suspicious, and if necessary, report them.  If you are buying a pet, do so from a reputable source.  Make sure your pet is supervised when you are there, and secure when you are not.  If your pet is outdoors, make sure their enclosure is in a spot that isn’t easily visible from the road.  Don’t leave your pets unaccompanied in public places. Get them a microchip or a tattoo.  Why do people steal pets?  It’s just so mean, right?  Well, there are several motivations for this.  Sometimes it is to sell them for profit.  Often pets are taken and sold to research facilities – which is horrifying.  And sometimes it’s because criminals are bad people who are doing bad things for whatever reason motivates them the most. Protect your animals, keep them safe and close to you.  They mean so much to us and deserve the best care we can give to them. 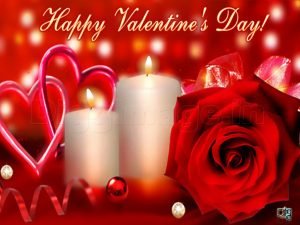 Valentine’s Day – Are you ready to celebrate the one you love today?  All across the United States and other countries around the world, this is a day of exchanging flowers, candy, gifts and cards, all in the name of Saint Valentine.  It is a day that most women hope their guy remembers and cares to get them a gift or card, and a day when hopefully she is doing something for her guy.  (hey, statistically guys buy the most on this day, and it takes two to make a couple!  Be fair!)  So here we are, celebrating this a month of romance, but what is it all about REALLY?  Where did it all start?  Who is this saint?  Are you ready?  This is interesting and you may actually re-think celebrating it afterward . . . well, maybe not . . . but you’ll never have another Valentine’s Day without at least having it cross your mind!

Valentine’s Day has bits of both Christian and ancient Roman tradition in it.  The trouble with the Christian portion of it is that the Catholic Church recognizes at least three different saints named Valentine, or Valentinus, all of them martyred.  According to information on www.history.com, one legend says that Valentine was a priest who served during the third century in Rome.  He performed marriages when it was outlawed by Emperor Claudius II, who had decided that single men without families made better soldiers.  When it was discovered that he was performing secret marriages, the Emperor ordered that he be put to death.  There was another story that suggested that Valentine may have been killed for trying to help Christians escape harsh Roman prisons where they were being beaten and tortured.  One other legend says that an imprisoned Valentine was the one to send the first “Valentine” greeting after falling in love with a young girl who may have been the jailer’s daughter.  It is interesting that some people believe that Valentine’s Day is celebrated in the middle of the month to commemorate the anniversary of Valentine’s death, others say that the Christian church decided to place the St. Valentine’s feast day in the middle of February in an effort to “Christianize” the pagan celebration of Lupercalia, which was celebrated during the ides of February, or February 15.   Which of course begs the question, what was Lupercalia?  WELL. . . glad you asked.  There was a big feast of course, as all festivals in those days would have . . . but since this was a fertility festival, the “games” were about fertility related, um, celebrations.  For example, all the young women in the city would place their name in an urn, and the city’s bachelors would draw a name and pin it onto his sleeve.  The two would be paired up for the year, and often they would get married at the end of the year.  This is where the expression “wearing your heart on your sleeve” comes from! I didn’t know that!  Lupercalia survived the initial rise of Christianity and was later outlawed right around the end of the fifth century when Pope Gelasius declared February 14th to be St. Valentine’s Day.  During the Middle Ages, in England and France, February 14th was thought to be the beginning of birds’ mating season.

It wasn’t until much later that the holiday was connected with human love and romance.  The oldest known Valentine still in existence today is a poem that was written in 1415 by Charles, Duke of Orleans.  He wrote it to his wife while he was imprisoned in the Tower of London after he was captured at the Battle of Agincourt. The poem is now a part of the manuscript collection of the British Library in London, England.  By the 18th century it was common for friends and lovers to give each other handwritten notes, or tokens of affection.  In the 1840’s, Esther A. Howland started creating and selling the first mass-produced Valentine’s in America and she became known as the “Mother of the Valentine” for making elaborate creations with lace, ribbons and pictures.  She would probably be happy to know that, according to the Greeting Card Association, an estimated one billion Valentine’s Day cards are sent each year, making Valentine’s Day the 2nd largest card selling holiday of the year.  Christmas comes in first.   So, did you know that while 75% of chocolate purchases are made by women all year long, during the days and minutes (I giggled at the minutes being added in with this one) before Valentine’s Day, 75% of the chocolate purchases are made by men?  hahaha! Over $1 billion of chocolate is purchased for Valentine’s Day. 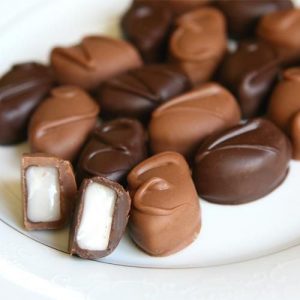 National Creme-Filled Chocolates Day – There is such a special spot in most of our hearts for chocolate, and when you fill them with a delicious cream filling, they are just about irresistible. When you combine that with a special day such as Valentine’s Day, you have a sure-fire winner! I searched for an easy to make cream filled candy and thought you may like to try it out for yourself!  Here is a link to a lovely blog called oursevendwarfs.com and an easy recipe featured there.  I took a candy making class once, and this is very similar, so if you give it a shot I think you won’t be sorry.  I’ve found a few different low carb candy recipes but haven’t decided on one to try yet. I’ll let you know. 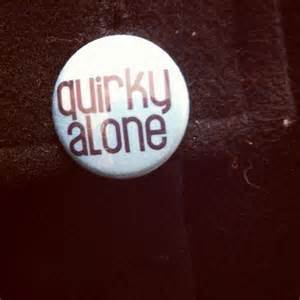 National Quirky Alone Day – It might be St. Valentine’s Day today, but if you’re unattached, indulge and celebrate yourself with these single-serving treats.

Have a wonderful Valentine’s Day, whether you are spending it with someone special, or on your own.  Have a wonderful day! I’m heading out early to give myself plenty of time, just in case the roads are icy. God bless you and I’ll see you tomorrow.