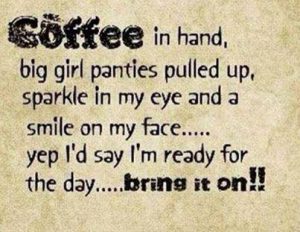 I am ready to get this day started! It’s the start of my weekend, which I am greatly looking forward to! Hubby and I have plans to hang out together, relaxing and enjoying some quality time together.  My menus are planned, and the groceries purchased, so throwing together food won’t take up a lot of time. I’m betting some movies will be watched, snacks eaten, lots of laughing, and depending of if it rains, we’ve talked about getting a bonfire going. Sounds great, right? Well, it’s January in the PNW so the bonfire depends on rain and/or wind. Bring on the rest and relaxation!

Peter and John replied, “Judge for yourselves whether it is right in God’s sight to obey you rather than God. For we cannot help speaking about what we have seen and heard.”

We can’t contain what we’ve experienced in Jesus. We can’t help but tell about what we’ve heard. No ruler, no threat, has been able to completely stop the voice of God from being heard through his people’s witness. Sharing our faith happens out of the overflow of our experiences in Christ and our relationship with Christ. When we share our faith in this way, the authenticity of our witness can be rejected or ridiculed, but it can’t be erased. We have experienced God’s work in our lives. How dare we keep silent? We can’t!

My heart is breaking, and if mine is breaking, I cannot imagine the sadness we, as humans have caused our Lord.  Back in ancient times, God condemned entire sections of the population for doing evil. Child sacrifice was part of the evil that He was punishing people for, and seriously, don’t be surprised if / when He does it again. Yesterday evil presided over humanity in the state of New York, when they made it legal to murder a baby up to the moment it should be born. No longer are they hiding behind medically protecting the mother. They have stepped out of the shadows, grinning demonically and celebrating their great victory for their master, as they rejoiced over the thought of destroying innocent life.  Weep for our nation, weep for our world, but mostly pray for forgiveness for what we as a species have allowed. May God have mercy on our souls; and may He severely and swiftly punish the evil that allowed this. 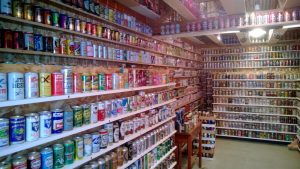 Beer Can Appreciation Day – Now here’s a day that I am sure a lot of people can really get into!   It’s likely that most of the Beer Can fans can get more into the contents of the cans, than the cans themselves.  Beer Can Appreciation Day celebrates the day in 1935 when beer was first sold in cans. I laughed a little the first time I saw this celebration, but I was truly surprised that this day is very important to a lot of people! Apparently there are quite a number of beer can collectors out there.  The collectors carefully open a beer can from the bottom, empty it (and probably drink the beer of course), then wash and dry it.  There seems to be no shortage of types of beer – cans AND bottles, and different sizes.  A beer can collector may have hundreds of cans and bottles.  Because of all of the collectors, there is a market for beer cans. If you come across an old can, do not throw it out. Check out the prices in a collector’s catalog, or on E-bay. 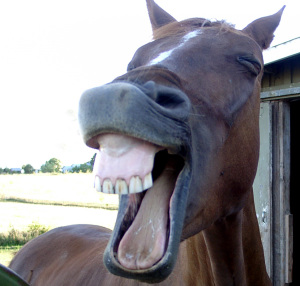 Belly Laugh Day –  Celebrate the gift of laughter today!  At 1:24 p.m. local time throw your arms up in the air and laugh out loud.  Yes, people around you will likely laugh at you, or at least look at you like you’re a loon, but laughter FEELS awesome and can turn a bad day right around.  If you can’t just laugh spontaneously, listen to a funny joke, think of something funny . . . allow your tickle bone to be free.  There is nothing quite as wonderful as that feeling of laughing so hard that you have tears flowing down your face, you can’t catch your breath, your sides ache, you can’t speak because you are out of breath, and you have by now forgotten why you were laughing in the first place.  This type of deep belly laughter is cleansing in every way and a gift – so find the funny today and just let it flow. 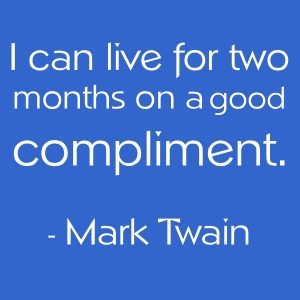 National Compliment Day – How nice of you to visit the blog today. I can see by your decision to click the link, that you are an intelligent person. You are a kind and intuitive person. I appreciate the way you……Yes, its Compliment Day. Take the time and opportunity today to say something nice to the people you see today. Everyone has SOMETHING good about them – you may have to look a little longer with some people than others, but eventually you’ll find something.

Remember the old saying: “If you can’t say something nice, don’t say anything at all.”  In some cases silence really is golden. (something I do struggle with from time to time) Compliments need to be sincere because people will see right through insincerity, and you will do more harm than good. How many compliments should you give out today? The common suggestion is five compliments . . . to five different people. 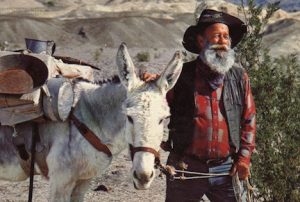 Talk Like a Grizzled Prospector Day – “Dagnabbit if it isn’t almost time again for some authentic frontier gibberish.” (Blazing Saddles?)  Nope, it’s Talk Like a Grizzled Prospector Day – and you’ve never heard of it?  “Well don’t sit there bein’ a sidewindin’, hornswaggling, bush-whacker.”  This day celebrates the start of the California Gold Rush on January 24, 1848 when a man named James Marshall, foreman of a lumber mill being built for John Sutter, found some shiny metal near the intersection of the American and Sacramento Rivers in Northern California.  He took it to his boss, who tested it and found out that it was gold! Though they tried to keep their find quiet, the rumors began to spread, and it opened up a flood of people all coming to the area with the hopes of striking it rich.  The Gold Rush brought men from all around the world to the small town, including places as far away as Australia, China and Peru.  They say that at first the gold nuggets could just about be picked up straight from the ground. Excavation became more difficult as more miners came to the area and, even then, luck was what was needed most in the quest for gold. The competition was fierce, the rules were few.  This led to what was a rough and somewhat brutal society.  The forty-niners, as they came to be called, had a great effect on the development of California. The city of San Francisco grew from 200 residents to nearly 36,000 within three years. By 1854 more than 300,000 people had made their way to California, one of about every 90 people then living in the U.S. This great influx led to the construction of roads, schools, churches and railroads, as well as increased international shipping in the area. As a result, the Gold Rush helped California develop its reputation as a place where fortunes are made and anything can happen. It remains known as the Golden State to this day.

1945 – WWII Yalta agreement signed by the U.S., England, and Russia. The agreement defined how Germany would be divided and administered after the war’s end.

National Peanut Butter Day – Oh my goodness what a wonderful, phenomenal food is Peanut Butter!  It can be savory, sweet, simple or complex.  It can be crunchy or smooth.  It’s delicious with honey or jam, in celery or on apples!  Candy, pie, cake, sauce or just right out of the jar with a spoon. Peanut butter is nearly perfect.  The best way to eat peanut butter?  With chocolate of course!  I tried to find a picture of the biggest peanut butter sandwich ever made (see below for details) but couldn’t find one. You’d think they’d have all sorts of pictures of it, wouldn’t you?

How Much Peanut Butter American’s Eat –

Now that I want a spoon full of peanut butter, I need to head out the door. Maybe I’ll get some later. For right now, I lift my cup to you as I get my day started! Have a good one! God bless you and I’ll see you tomorrow.