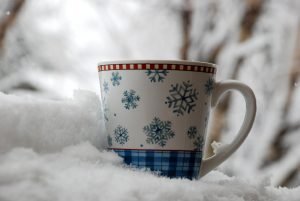 Good Morning! I am sitting here watching a few more Christmas movies because, quite honestly, I’m not ready to be done yet.  I know that the people across the street already have the lights off of their house, but if I had any on my house I know they would stay up through AT LEAST January! That’s one of the things I have always loved about our visits to Leavenworth, WA. They keep their lights on all the way through February, so we are able to time our visits after Valentine’s Day so we can feel Christmas, but not have the crowds.  I don’t think we will be getting over there this year, but you never know. Sometimes wishes do come true.  In the meantime, as grateful as I am that we were able to have a white Christmas, I’m a bit on the greedy side – I’m hoping for more snow.

The shepherds returned, glorifying and praising God for all the things they had heard and seen, which were just as they had been told.

Can you imagine the shepherds returning to their flocks after the night they had? They had seen God’s glory. They had experienced the presence of angels. They had seen the newborn King, the promised Messiah, the Savior of the world. Even more amazing, it was just as they had been told. As amazing as the angel’s words of announcement had been, they were gloriously fulfilled. In addition to all that Jesus was at the moment of his birth, he is also the absolute answer to God’s greatest promises and the greatest assurance that God keeps his word. Incredibly, God had chosen shepherds, unnamed to us and unimportant to their peers, to be the witnesses and participants in God’s glorious story of salvation. It is our Father’s way of reminding us that no matter who we are, Jesus came for us because we are important to him!

I have spent the better part of two days planning, plotting, making lists and getting ready for the New Year. I think we all do that in one way or another, right? At least I believe most people do, even if it is just in our heads.  For me, there are a few big plans for the year, one of which is to get my office completely organized and set up here at home.  I have a new desk that I have NO clue how to put together, but Hubby said he’d help me.  From there I want to get everything set up to do whatever it is my heart chooses to do in there, only in a way that is organized and well thought out, be that more writing, dealing with the day to day of bills, taxes and other paperwork that goes along with living life, or maybe even trying to figure out a way to monetize this blog!  It’s all up in the air with that.  We are also getting back to eating low carb on the 1st.  As much as I enjoyed the treats and cheats, I am not feeling well after getting back on the sugar and carbs, my joints are aching, I’m exhausted and I need to get back to it.  I’ve been planning menus and am going to try to aim the blog into the direction of including some of the recipes I find in with the Food Celebration of the Day.  I’ve found that not EVERYTHING can be low carb, but there is usually a pretty good substitution, if we just allow our taste buds to adapt to it.  And even though I don’t LIKE exercise, I know that I need it – don’t we all? – so I have to add that back in to my routine. Slowly, carefully, without hurting myself, I need to add it all back in to create the health, the life and the future that I want for me, for my husband and for the rest of my family. What are YOUR thoughts as you close out 2017 and move into 2018?

Howdy Doody Day – Most of the people who will read this today will be too young to know who Howdy Doody is, or at least too young to have watched the original shows. I remember my parents talking about him, and I’ve seen the Happy Days episode that featured Howdy Doody, but I never actually saw any re-runs of the show. I know the song though!  Howdy Doody was created by radio and TV star Bob Smith. He created the voice-only character his radio show, and when people demanded to see him in person, a puppeteer named Frank Paris was hired to create a Howdy Doody puppet.  Bob Smith dressed up in Western clothes to match the puppet, took the name Buffalo Bob and on this date in 1947, he stepped on stage to create the TV Show, which lasted for 13 years.  The show became well known and very popular very quickly, and within one year toymakers and stores were getting requests from customers for dolls, puppets and other merchandise.  Macy’s got in touch with the puppeteer Frank Paris, and asked him about the rights for a Howdy Doody Doll, but Paris didn’t hold the rights to the name or the character because it was all the creation of Bob Smith. Paris got angry, felt he was being cheated out his rights as the maker, and just four hours after the show was due to air the latest episode, he took the puppet and left the TV studio in a snit.  It wasn’t the first time he had done this to the show, but it was the last.  Someone in the studio thought quickly, created a prop map of the United States, and they explained that Howdy Doody was on the campaign trail, touring the nation with the candidates who were running for office. Buffalo Bob even added to the story that Howdy Doody was going to get some plastic surgery while he was on the campaign trail.  They hired another puppeteer to make a better version of the puppet, and it was this version, created by Velma Dawson, that was used, seen and loved for all of those years.  The actual original wasn’t a very attractive puppet and he has mostly been forgotten.  There are some interesting trivia items I found on this topic that I thought may interest you.  Howdy Doody had 48 freckles, one for every state in the nation at that time.  Right before the show ended Alaska became the 49th State.  The original version of Howdy was controlled by 11 strings, but the new version had 14 strings.  There were actually three versions of the new puppet – one for close-ups, one for long-shots and one that was used in parades, photo shoots and personal appearances that didn’t have hardly any strings at all.  The last one was sold in 1997 for more than $113,000.

Make Cut-Out Snowflakes Day – Are you crafty and handy with a pair of scissors?  Today is your chance to show off your skills, as you make paper snowflakes.  It’s a great project for kids, but even as a grown up you can have fun with it.  Since they say no two snowflakes are alike, you could take it as a challenge to see how many different snowflakes you can make.  So, if you like snow and don’t have any, just make your own!

Visit the Zoo Day – I love visiting the zoo. Sometimes I do find myself feeling a bit sorry for the animals trapped in the cages, though if I know for a certainty that they were born in captivity and don’t know anything about living in the wild, I don’t feel quite as bad. They wouldn’t survive in the wild anyway, and we can learn so much about them by visiting the zoo. Visiting the zoo in December? I suppose that would be fun, COLD in our area, but fun! They have the zoo completely decorated with Christmas lights right now, so it would be extra special.

National Fruitcake Day – Fruitcake wasn’t always a punch line for jokes about bad gifts. In fact, authorities in 18th century Europe thought it was so decadent that they even banned it for a bit.  I’ve never made one, and I’ve only tasted a couple, but there was one once that I truly wanted to try and misplaced the recipe.  A patient brought it into an office where I worked and it was utterly delicious.  It was made with dehydrated fruit, not candied, so the flavor wasn’t as cloying.  I need to search out a recipe like that, or come up with one on my own.

I need to get busy. It may be a day off, but there are still things I need to do!  All holidays and vacations eventually come to an end, and since I didn’t miraculously become independently wealthy over Christmas, I need to get things together so I can go to work tomorrow. God bless you and I’ll see you in the morning!