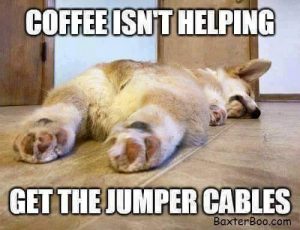 Good Morning! It’s Friday, the day before many of us will be off work for the next few days to enjoy our Christmas break! I don’t come back to work until next Thursday! How AWESOME is that? I know!!!  As you can tell, I’m pretty excited.  Last night I got the last of my give-away baking done.  I am going to do a batch or two of something to take to my parents’ house on Sunday, but I’m done with the hurry-hurry stuff.  And my feet are aching as a result. Ouch!  This morning I am racing around, and thankfully Hubby is helping me, to get things together so I can take the treats with me, and Mr. Moose needs to have a few things gathered up so he can go with me too! He is having a Doggy Spa day, a day that we are all happy about because for him, he gets to go for a ride in the car, and for me, I get a good smelling, well brushed dog and I don’t have to kill my back making it happen! It’s a win all the way around!

So Joseph also went up from the town of Nazareth in Galilee to Judea, to Bethlehem the town of David, because he belonged to the house and line of David. He went there to register with Mary, who was pledged to be married to him and was expecting a child.

For the next few days, let’s journey with Joseph and Mary as they experience the incredible grace of God. These verses give us the basics: they took a trip south from their home, they went to Bethlehem which was King David’s city, they were “betrothed” or pledged in marriage but not yet fully married, Mary was pregnant, and they were going there to register with the Roman government. Intrigue and scandal ripple between the lines of this straightforward account. Promise and fulfillment are strongly suggested with the connection. Faithfulness through the midst of storm is demonstrated. A real historical context for everyday people is made with the presence of a Roman census. Scandal, promise, faithfulness, and history collide. Jesus enters our world very much in a place where we find ourselves — a place of hope and dreams marred by scandal and disappointment. He will be a people’s Messiah. We know it before he is even born. It makes us love him and appreciate him more. God has chosen to enter our world as one of us, not as some pristine and untouched alien from beyond. This is a Messiah we can reach and follow. This Jesus is one of us.

When we think of Jerusalem and Bethlehem. Many of us do not think of snow or ice.  They never mentioned snow or ice in the Biblical account of Jesus birth, but throughout the Christmas season there is the constant theme of the magic of snow.  It seems to go together, hand in hand.  The truth is that it does snow in Israel.  Bethlehem and Jerusalem are on a range of hills that go north to south between the Mediterranean Sea and the Jordan Valley. At their peaks these hills are at about 1600 feet above snow level, and they get very cold weather between November and April, so they often have snow on them.  The Bible may not talk about snow, but it is entirely possible that there was snow on the ground during the season in which Jesus was born.  It is entirely likely that we think of snow and Christmas together because of the Victorians.  Even though Christmas was used to nudge out the Pagan winter solstice festivals in Europe, it was the Victorians who gave us what is now our traditional Christmas in Europe and the United States.  In 1837, Britain was in a mini-ice age from about 1550 to 1850, so this beginning of the Victorian era saw very cold, icy winters.  They even would often hold a winter fair ON the frozen river Thames! Now THAT is cold!  Another reason they connected snow and Christmas was because of the book “A Christmas Carol” written in 1843 by Charles Dickens.  I’m sure we’ve all either read the book or seen a rendition of it on TV.  When Dickens was growing up Britain had very heavy snow falls around Christmas time, so it was natural when he wrote “A Christmas Carol” to put a lot of snow and ice in it.  He also put snow in some of his other works.  Since Dicken’s work was very popular during the Victorian times, the people thought of snow and Christmas together.  I know that we haven’t had a white Christmas in our area for a very long time, but we may get lucky this year! The weather guessers are saying that we have a front coming in that very well could give us a little snow on Christmas Eve and Christmas Day! I want it so badly I can nearly feel it falling on my face, so let’s all pray extra hard for our White Christmas!

Do the classic Christmas movies ever get old to you? We were watching some oldies, but goodies, last night.  We are grown-ups but these never get old to us.  We watched Peanut Christmas, Frosty the Snowman and Rudolph the Red Nose Reindeer.  These bring back such happy childhood memories for me, and I’m sure they do for many of you as well.  What is your very favorite classic Christmas movie or cartoon? I’d love to hear!

Be a Lover of Silence Day – I have no idea where this one started, or even what it means.  I found one reference to it, and that was a video of a daily news bit from somewhere in the Midwest.  Their take on the day was that this is a chaotic time of the year for many of us as we gear up for Christmas, so it is a good day to take some time to just be silent, go somewhere quiet and just breathe.  I like that, it’s nice.  If someone has any other thoughts on this, or knows where it started, I’d like to know!

National Date Nut Bread Day – I LOVE nut bread . . . and I love dates!  Combine the two and you have the PERFECT bread!  This is a hearty quick bread that just needs a bit of butter and you have a treat that makes you feel happy.  I have dates, I have pecans.  I may have to give one of these a try!

Moose knows something is up. HOW he knows, I have no idea, but he does. He’s bouncing like he’s on springs and I don’t even have everything together yet.  I need to get going anyway, so have a wonderful Friday! May our last day of work before Christmas be speedy! God bless you and I’ll see you tomorrow.