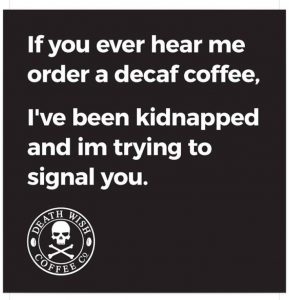 Wow! Our area had a bit of excitement last night! Some geoduck hunters happened upon an old WWII mine, one of those big round mines with the spikes sticking out all over, like Gilligan found in one of the Gilligan’s Island episodes! Emergency Management told all residents along the water to bring their pets inside, shelter in place, away from windows. After the Navy and Coast Guard responded, ultimately taking it out to open water and detonating it. Residents who were nearby said their houses shook with the blast. Now THAT is not something you have happen everyday . . . thank God. It just goes to show that each and every day can truly become an adventure when you least expect it.

There is neither Jew nor Greek, slave nor free, male nor female, for you are all one in Christ Jesus.

Wouldn’t it be great if we could tear down all the walls that divide us — racial, social, economic, and gender. The apostle Paul spent his entire life trying to do just that: to tear down the walls that divided people by bringing them to Jesus and the cross. There are no positions of superiority or inferiority at the foot of the cross, only a place for those who discover God’s might displayed in sacrifice and God’s love displayed even when under attack at the hands of human cruelty. While the forces of culture and human selfishness are always finding ways to divide us, we must remember that in Jesus, and only in Jesus, can we be one.

Every day I either see or hear something that makes me ask “WHAT THE HELL IS WRONG WITH PEOPLE?” Don’t tell me that you don’t ask the same thing. I browse through the local community pages on Facebook, so I can see when things are going on in our area. One woman posted an article about the local military base and the nuclear submarines that are there. They have been there for many, many years. As long as I can remember there have been a group of lefties who have staged idiotic protests that have accomplished exactly nothing outside of the base gates. They do a variety of dumb things – lay on train tracks (or used to when there were “white trains” bringing in the nukes to the base; try to block submarines with rubber rafts, etc. See what I mean about dumb? Dying by train won’t help anyone prove any point other than trains cannot stop on a dime.  Trying to stop a sub with a rubber boat will only get someone pitched out of their boat and into the water. My point isn’t about whether or not to protest. The original poster responded to every single person who didn’t agree with her article by ordering them NOT to attack the messenger. Nobody was attacking her – they were stating their opinions, like she did. The people who agreed with her she was sweetness and light to. The funny thing was very few people agreed with her. We are a military area, always have been. As a result, MOST people are going to be pro-military since so many of us have connections in one way or another to the Navy, whether it is a military member or someone who works civil service for the Navy. If you don’t want people to voice disagreements to you, then don’t post things that are controversial. Duh.

According to Hoyle Day – We’ve all seen the Hoyle books on card games, but have you ever wondered who wrote them?  Or why?  Well, in the 1740’s Englishman Edmond Hoyle earned some extra money by tutoring people in high society at the game of whist, which was a forerunner to the modern bridge game.   He found out there wasn’t a published set of rules for the game, so he wrote “A Short Treatise on the Game of Whist”.  It quickly became a best-seller, so he published other books . . . “A Short Treatise on the Game of Backgammon”, “An Artificial Memory for Whist”, and “Short Treatises on the games of Piquet”.  Eventually his books became the leading standard in game instruction manuals and he became the final authority on the official sets of rules.  August 29th, 1769 is the anniversary of the passing of Edmond Hoyle, so today is observed as “According to Hoyle” Day in his honor.

Individual Rights Day – Today we spend a few minutes honoring a man by the name of John Locke – an author whose philosophical writings argued for the rights of every single human being. This day was chosen for this celebration because it was his birthday. According to Locke, “Anything that a man has as a matter of human rights or civil rights is to remain inviolably his,” and even though he conceded that sometimes people surrendered some natural rights in exchange for the protection we have by living in societies, he still felt that basic individual rights include life, liberty, property, freedom of speech, freedom of religion and freedom to petition the government. I have to say, I agree! And any red blooded, Constitution loving, patriotic American should agree! Isn’t that the very foundation on which this nation was built? 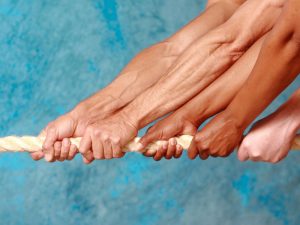 Tug-of-War Day – I’m sure we have all seen a game of tug-of-war, and perhaps you’ve even played! It is a competitive sport with ancient roots from all over the world. The game is simple in theory – there are two teams and a long rope, often stretched over water or mud, during which both teams pull on the rope with the goal of pulling the other team into the water or mud. Of course, the game wasn’t always played with the losers landing in the mud and suffering some indignity! Nope, the Vikings used to have a pit of fire in between the two teams. Gives an entirely new sense of urgency to the enterprise, doesn’t it? As long as the teams are even, pretty much any number of people can participate, with the world record being 1574 participants. That’s an awfully long rope! Tug-of-War – the closest I get to playing this game is having a bit of a pull with Moose and a toy, but if this is the sort of competition that intrigues you, perhaps you can find a game celebrating THIS day in your area! Good Luck! Contests often take place over bodies of water or muddy areas so that the losing team suffers the indignity of falling in, which is preferable to the Viking version of tug-of-war when teams competed over a pit of fire. The number of people taking part can vary from just a few to a large crowd, with the world record for a single tug-of-war standing at 1,574 participants. It is not surprising that such a popular event has its own annual day; Tug-of-War Day. Cries of ‘heave’ are heard around the world on a day when numerous matches take place, giving a chance to take part or cheer on this timeless team game. 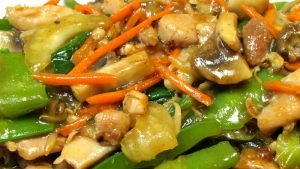 Chop Suey Day – I’ve always thought of Chop Suey as something that came about as a Chinese-American dish to appeal to American taste buds, sort of like the fortune cookie is. According to the research done by www.thenibble.com that is a myth that won’t die.  Chop Suey is a prominent dish in Taishan, which is a city of 95 islands and islets in the Pearl River Delta of SE China.  It’s a stir-fry recipe and the name literally means “assorted pieces”. Well, that makes sense, doesn’t it?  The pieces can include beef, chicken, eggs, fish, pork and/or shrimp, plus vegetables like bean sprouts, cabbage, celery and snow peas.  A starch is added to make a thick sauce from the oil and drippings from the wok.  In China this will be served with rice.  If you have it with noodles then you no longer have Chop Suey, you have Chow Mein! Good to know!

Lemon Juice Day – It’s a given that we, as a nation, eat far too much salt. Lemon juice, according to Sunkist, makes a great alternative to salt. If you reduce your salt by 75% and replace it with lemon zest, then top off the finished food with 2.5 teaspoons of lemon juice, “they” say that you won’t miss the salt. Well, let’s give that a try. I love lemon zest, so this could make food even MORE delicious!

More Herbs, Less Salt – Is there anything more fragrant than freshly picked herbs?  Most herbs belong to either the mint family, which includes basil, oregano, rosemary and sage, or the carrot family, like dill, parsley and cilantro.  We as a society depend too much on salt to bring out the flavors in food, so today try more herbs, and put away the salt.  We don’t usually add salt to much in our house, and we don’t miss it.  We can actually pick out salty flavors very quickly because we aren’t used to it.

I am suddenly very hungry for Chinese food. *sigh* That wasn’t on my plan. Maybe it should be. I’ll have to think about it while I’m at work. Have a great day! God bless you and I’ll see you tomorrow.