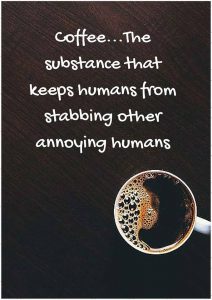 Is it silly to say I love icicles? We have one fairly large one hanging out front that has been interesting to watch grow, but the really cool ones were hanging on the warehouses when I arrived at work yesterday. They were lined up, about 5 or 6 inches long, all along the buildings, catching the light from the morning sun and for some reason seeing them made me feel so happy! Could it be because I love winter so much and we are finally getting some? By lunch time they were gone, but they were beautiful while they lasted.  I wish we could have a winter that gets here and stays for a long visit. I long for the days of my childhood, when the lakes would freeze so we could go skating.  I’d love for my Grandchildren to be able to experience that.

Seek good, not evil, that you may live. Then the LORD God Almighty will be with you, just as you say he is.

Isn’t it amazing how many people claim God is on their side. God has been “claimed” by those seeking to enforce slavery, practice prejudice, lie, bribe officials, practice hypocrisy, force injustice on the powerless, and practice “ethnic cleansing.” But God makes the test pretty simple: do what is good, seek after the good, or you’re not related to me! In the words of the prophet Amos, that meant equity for all peoples in court, in the marketplace, and in the place of worship. If we’re claiming God is on our side, then we’d better draw close to the side of God, the side of good, justice, and mercy as God defines them!

If you could pick any place in the world to live, regardless of distance and money, where would it be?  If you could choose any type of home, regardless of how much it would cost to build it, what would you choose? I think I’ve been watching too many Building Alaska lately because I am having dreams about log cabins . . . only maybe a little closer to the family than Alaska. 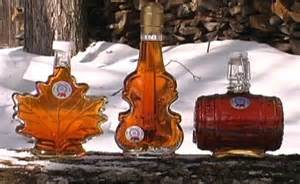 Canadian Maple Syrup Day – The Canadian people have long celebrated the gift of rich maple syrup, but they didn’t have a set holiday for it.  Maple syrup festivals happen in late March to early April around the country, and the American Maple Syrup Day is celebrated in December each year.  It was decided in 2010 that Canada needed a special day to mark the beginning of the syrup rising in the maple trees, even though they may be running at full speed closer to the beginning of spring.  Those first few drops of syrup appear in early February, and those are the ones that are worth celebrating!  And so it is that February 6, 2010 marked the first Canadian Maple Syrup Day. So how should you celebrate this one?  Well, by cooking with pure Canadian maple syrup of course! Make pancakes, waffles or French toast for breakfast.  You can use maple syrup for supper in roast potatoes, yams, carrots or squash.  You can use it as a glaze on ham, or a marinade for salmon.  It’s great for dessert too!  Maple syrup cookies, ice cream or liqueurs are just a beginning!  YUM! 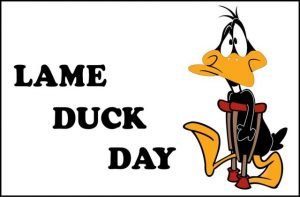 Lame Duck Day – We have all worked with someone who has given their notice at work, they are leaving in two weeks, and suddenly their work ethic goes out the window.  They begin going through what many of us call “short timer’s syndrome”.  If we haven’t seen it, then we’ve probably experienced it ourselves.  Any enthusiasm for the job just goes out the window and it’s honestly quite normal.  So normal in fact that it has an official name – this person is now a Lame Duck.  Typically, this term is used to refer to politicians or someone whose tenure is nearly up, rendering many of their decisions, worth not a whole lot in their last days.  Often employers will just let someone go before they have served their notice, rather than try to repair the damages done by an employee who has stopped caring about the end result simply because they won’t be there to reap the “rewards” for their job that was done in a sloppy fashion.  The 20th Amendment to the US Constitution addresses the issue of term limits, creating Lame Ducks every time a term ends . . . scary stuff.  Politicians who are nearly to the end of their terms rush to push through their own agendas, to heck with everyone else – before they are out of office.  We saw a lot of that at the end of our previous Lame Duck’s time as President.  It truly wasn’t pretty, and it has taken our new President two years to wipe out quite a few of them and put things on the road to recovery.    Today is called Lame Duck day because on February 6, 1933, the 20th Amendment to the Constitution went into effect.

1935 – The board game Monopoly first went on sale.

National Chopsticks Day – Chopsticks have been around for 1000’s of years and they say is an efficient way to get food from plate to mouth without using your hands. What better way to celebrate this day than by having a meal that you eat with chopsticks? Yum! Challenging for those of us who are completely uncoordinated, but I was impressed by Hubby’s skill with them! I used to call chopsticks my Weight Watcher’s eating utensils because it slowed me WAY down and reduced the amount of food I’d be able to shovel into my face. How do you do with chopsticks?

After all of the snow and ice melt yesterday, I’m sure after the temperature dropped last night the roads will be iced up again. I need to get out of here a bit early so I can take it slow and easy.  Be safe today! God bless you and I’ll see you tomorrow.