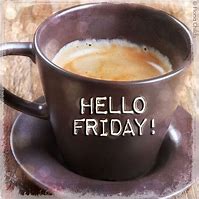 It’s Friday, and I’m sure that those of us who don’t work on the weekends are more than ready for it.  It’s been a rough week for loss of life – lives that had no reason to be sacrificed as lawless, mentally ill individuals go off the rails.  Once again, the anti-gun lobby is going bananas screaming for gun control, while totally missing the point that the only people this would control would be people who don’t break the law anyway. It worked so well with drinking and driving, texting and driving, drugs, speeding, and any other thing that is against the law and hurts people. Laws only work for people who respect the law, not for the people who do what they want anyway. And it would not have had to a gun that killed those people. I could easily have been a knife or sword, a car, an explosive device, etc. People who want to perform a violent act will do so – just look up massacres that have taken place without a gun and you will find many examples.  Yes, something needs to be done. Families need to be healed, mental illness addressed, healthy diets and life styles implemented to contribute to good mental health . . . you get my point. We are a nation of people who are reaping the rewards of making our children our friends, rather than giving them the discipline and boundaries that we ourselves experienced as we were growing up.  They don’t need more friends, they need parents and role models who will guide them in the right direction.  God needs to be put back into schools, respect for His words and commandments reinstated. We have gone down this rabbit hole into destruction and I have to wonder if there is any coming back from it? Is it too late to save this country from the destructive path it is on, considering the mental illness and lack of compassion that is displayed in so many of the generation who will be leading us next? Scary thought.  However, I do believe in the inherent goodness of mankind, I do believe that God is the God of miracles and that He can turn things around, if we only allow Him back into our public lives.  If we stop allowing our Christian beliefs to be bullied into silence, there is hope. In the meantime, keep your filthy hands off of my 2nd Amendment rights. Period.

On a more positive note – I get to pick up Baby R to come hang out with us tonight and tomorrow, followed by the sad task of saying good-bye to our Pepsi. It’s going to be a weekend of roller coaster emotions.  I am partially looking forward to it, and partially not.

This is the message you heard from the beginning: We should love one another.

(This pretty much makes the only point that is valid and the solution to all of the troubles we have brought upon ourselves as a nation.)

Why wouldn’t a store as large as Wal-Mart have a practiced evacuation plan in place in case of emergencies? Seriously, why? I was at Wal-Mart last night when the deli caught on fire. The alarms started going off, but the sprinklers did not. People on the end of the store where I was, opposite of the fire, kept shopping. I could hear yelling and chaos from the grocery end of things, and could see people running for the door, but no store announcement was made. I didn’t see any employees going around to find customers to evacuate the store. I even had an employee ask ME, a customer, what was going on. Huh. That doesn’t seem right, does it?  Always be aware of where exits are, what is going on around you and have your own plan in mind at all times. Seriously, we can’t depend on anyone else to do it for us.

Chinese New Year 2018 –  The Year of the Dog – has begun and will last until March 3, 2018. The New Year, also known as the Spring Festival, is marked by the luni-solar Chinese calendar, so the date changes from year to year.  Unlike the New Year celebration in the rest of the world, the Chinese New Year changes every year. It is a 15-day celebration that begins on the first day of the new moon and ends on the full moon. On the 15th day they have a celebration called the Chinese Lantern Festival. The Chinese culture is amongst the oldest in the world, and where the rest of the world is in the early years of the third millennium the Chinese culture is in the fifth millennium. In Chinese astrology every year is represented by an animal, with a cycle of twelve years, each having a different animal. This is the biggest holiday in the Chinese culture celebrated with festivals, fireworks, brightly colored lights, special meals and gift giving. Much like Thanksgiving or Christmas here, many Chinese people travel home to be with family for the New Year celebration.  I know that probably all of us have gone out to eat Chinese Food and had a placemat with the different Chinese Zodiac signs on it and looked up the meaning of ours. Mine NEVER fits my personality but it is still fun to read.

Do a Grouch a Favor Day – We all know someone who is perpetually grouchy and grumpy.  Some people just seem to be grouchy all the time – it’s in their nature!  Some are just occasionally grumpy, maybe by things going on in their lives, not getting enough sleep, rainy weather, and other stuff like that.  A few folks are good at being grouchy but hiding it so others don’t see.  Today is a great day to do something to cheer up a grouch by doing a good deed for one. Look around for someone who is in a grouchy mood and do something nice for them – see if you can get them to smile.  There are plenty of grouchy folks to practice on, try it on all of them you see today and watch what happens!  You may get a smile or even a laugh!

1937 – Nylon is patented. But it won’t become popular for a few more decades.

National Almond Day – Good for your heart. Good for your waistline. Good for your skin. What can’t almonds do?  With a history that dates back to ancient times, it’s no wonder this miraculous little tree fruit is so widely used and revered. It’s also no wonder that this ultimate super food has its very own day of honor.   Almonds’ fruity-woodsy aroma and toasty nuttiness make them a natural fit for the baker’s pantry, but they also give depth (and sometimes a little crunch!) to savory dishes, too.  As someone who has been eating low-carb for a few months, the almond is a crucial part of the pantry because much of our baking is done using flour made from ground almonds, so this one is a daily celebration in many homes who follow low-carb eating.

I am getting this posted at lunch time because, quite honestly, I just didn’t have it in me to finish things up last night.  It has been a mentally trying week, and I can’t see things being perfectly level for me through the weekend. Saying good-bye to my kitty isn’t going to be an easy thing, so it’s hard for me to think about celebrations at all.  It’s part of life, part of loving a pet and something that most of us go through. Knowing that doesn’t make it any easier.  With a heavy heart, I wish you a great Friday. God bless you and I’ll see you tomorrow.