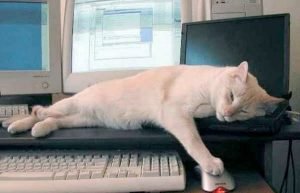 Well, I was right. Yesterday was excruciating. I don’t know who yawned more – me, or my boss? There is one very positive thing about yesterday – when I left the house the sunrise was AMAZING! The horizon was filled with clouds that were deep shades of pink, with a lavender sky as a backdrop, and when I crested the hill and the Olympic mountains came into view, my breath was taken away. The snow-capped peaks were a soft rose, with the hues of purple above them. I just wanted to stop and take it all in, but I had to get myself to work.

Lift up your eyes to the heavens, look at the earth beneath; the heavens will vanish like smoke, the earth will wear but like a garment and its inhabitants die like flies. But my salvation will last forever, my righteousness will never fail.

I don’t know about you, but sometimes the Bible is so brutally honest it hurts! We consider our world, our earth, to have been here a long time and assume it will be here a long time more. But God reminds us that it is temporary! We are even more temporary: just like flies, we’re here for a short while, and then we’re gone. But not gone, gone! Christians are just gone from the temporary existence of earth because our lives are caught up with Christ in God’s salvation which lasts forever and God’s righteousness that will never end or fail.

There is so much crud going on in the world that we tune it out and watch old comedy sitcoms in the evenings. Lately we’ve been watching WKRP – just about every episode cracks me up. That leads me to wonder, what is your favorite old show? It doesn’t have to be a comedy.

Girl Scout Birthday Day – Today we celebrate the creation of the first Girl Scout troop on March 12, 1912, in Savannah, Georgia.  There were 18 girls in that first group.  Today there are millions of girls involved with Girl Scouts. For the cookie monsters out there, this is the time of year when every store entrance has tables piled high with boxes of Girl Scout cookies with little girls standing behind the tables trying to make you feel guilty if you say no. The Girl Scouts support Planned Parenthood and just gave a big award to the girl who did a big supportive project that was pro-abortion. I will NEVER spend a single cent on a Girl Scout product again. That is utterly repulsive in every way.

IHOP National Pancake Day – This is pretty awesome! Today is the day that IHOP celebrates National Pancake Day – but they do it with a beautiful purpose. Today from 7 a.m. – 7 p.m. go on in to your local IHOP and enjoy a FREE short stack of their Original Buttermilk Pancakes and donate to help children who are battling critical illnesses. Every stack served helps them reach their goal of raising $5 million for local children’s hospitals and health organizations.  Since they started doing this in 2006 they have raised close to $30 Million for their community partners!  Way to go IHOP!

Organize Your Home Office Day- This is an ongoing, year after year project for me. Seriously, it never ends. 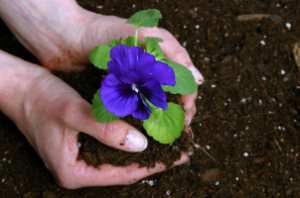 Plant a Flower Day – For those of you with a green thumb, or even two, today is a day to get a little dirt under your fingernails and plant a flower today!   Gardening is a great hobby and it is enjoyed by millions of people, young and old alike.  It is a hobby that pretty much anyone can participate in, regardless of their age and health.  Senior citizens love it because they can garden long after they give up other hobbies and sports that become too difficult.  I am one of those people who was not gifted with the talents of my grandparents or my mother.  My Grandfather had the most AMAZING garden and the fruit that man could grow just makes mouth water thinking about it.  My Grandmothers had the same abilities with herbs and flowers.    Mom has houseplants that just keep growing and growing, to the point that they even climb up her walls! Me? Wow, it’s sad.  Sometimes I think I can hear my plants squealing and pulling away when I walk by, so I don’t accidentally touch them.  It’s pathetic.  I keep trying.  I have a few plants that persist in putting out a few leaves now and again.  I finally got my rosemary to take hold outside, and I didn’t do too badly with my first attempt last year at a straw bale garden – which I will do again this year.  But it’s been YEARS trying to make this happen.  Perhaps it’s a gift that just takes time to nurture – sort of like the plants.  To celebrate this day, plant a flower, or transplant a houseplant in a new pot – it’ll thank you!  In my case, I think I’ll finally remember to water my houseplants . . . is that festive enough?

1942 – Baseball great Joe Dimaggio agrees to a new contract with the NY Yankees, and gets a $6,250 raise. My, how times have changed!

I messed up yesterday and picked the wrong day for the food celebration – see? I told you I was tired! Yesterday was: 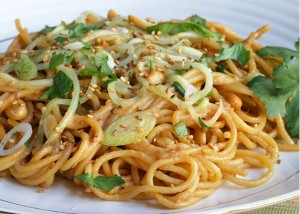 National Eat Your Noodles Day – Noodles are quite a beloved food by young and old alike. They are very versatile and absolutely delicious. Did you know that dry noodles are considered to be a form of unleavened bread?  That’s a new one to me!  In China archaeologists discovered the world’s oldest bowl of noodles which they think is over 4000 years old.  The noodles were made of millet flour.  In 1958 instant noodles were invented.  They are flash fried, then quickly dried, which makes for a long shelf life.  It is said that if they are kept dry that they will remain edible for decades.  Over 40% of the flour in Asia is used to make noodles, feeding over half of the world’s population.  The first macaroni noodles were brought to America in 1789 by Thomas Jefferson after returning from a trip to France.  And the last little noodle tidbit I will leave you with – in Japan it is considered to be good form to slurp your noodles loudly as a way of telling your host that you are enjoying your meal.  All interesting things to know! 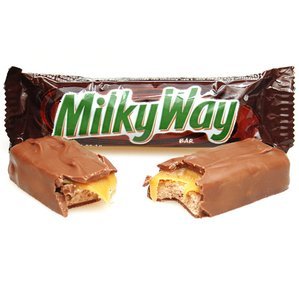 National Milky Way Day – How many of us have enjoyed Milky Way candy bars over the years? I’m sure many of us, if not MOST of us!  What do we know about the history of the Milky Way bar? If you are like me, until today, not much!  Well, it was created in 1923 by Frank Mars, and back then it came in two flavors – chocolate and vanilla.  It holds the distinction of being the first mass produced candy bar that had a filling.  Its name was taken from a popular malted milkshake name and not the galaxy like many of us assume.  Outside of North America the Milky Way is a completely different kind of candy bar. The European version does not have caramel topping and is so low in density that it floats in milk. Interesting!  Up until 1979 there was a vanilla flavored Milky Way that they called “Forever Yours”.  As far as catchy slogans for the candy bar go, the very first one was “The sweet you can eat between meals.”, and the most recent is “Life’s Better in the Milky Way.”

I just have to get through today without falling asleep . . . then two more times this week. I can do it! I’m sure of it . . . well, I’m almost sure of it. I have my coffee – going to give it my best shot. God bless you and I’ll see you tomorrow.