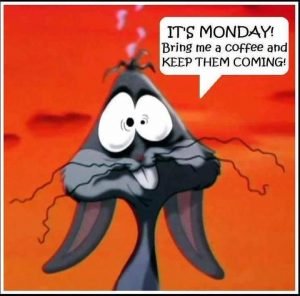 I hope you had a good weekend and are ready for a new week! The last week of March already!  I find that so hard to believe! Usually I am ahead of schedule for doing our taxes, but I haven’t even started yet.  I just have had so much going on that it hasn’t happened.  The good news is that I got quite a bit done in my office this weekend, so though it isn’t done by any means, it is to a point where my son and his wife can stay in there next weekend without anything toppling over on them, and I have space to spread paperwork out and go over my receipts.  Next week will be all about the taxes. Yep – but for this week, it’s all about getting ready for Easter weekend and having the house filled with family and laughter.

For it has been granted to you on behalf of Christ not only to believe on him, but also to suffer for him.

When we read the book of Acts, we find the disciples overjoyed at suffering “for the sake of the name.” Since Jesus has already victoriously passed through that kind of ordeal, we should consider it a privilege to share in his sufferings, not just a hardship. The truth of our commitment is often best shown to the skeptical when we are “under fire.” So let’s keep our character when under attack and rejoice, because we’ve seen in Jesus what happens when God’s children are faithful even at the cost of their lives.

There is NOTHING more amazing, at least to me, than the pure, unadulterated joy of a child. Baby R spent the night on Saturday and proceeded to be a living, breathing, giggling example of joy. He celebrates the smallest things with enthusiastic applause and will keep clapping until everyone is clapping with him, a wide smile on his face and chattering away in his own little baby language that doesn’t translate into anything we can understand . . . yet.  We know one thing for sure – whatever he is saying, it is happy.  When his little feet start dancing over something he is excited about, it makes me want to break into a happy dance myself.  Joy.  We, as adults, experience it so rarely, that we need to take the example of the children and appreciate the smallest things with the greatest amount of happiness.

Legal Assistant’s Day – Did you know that in 2010 there were 256,000 paralegals and legal assistants employed in the US?  That’s a LOT!  Apparently they don’t like being lumped in with Office Assistants, Administrative Assistants and Secretaries, and get their very own day.  That’s OK though – they have to have special knowledge above and beyond “normal” administrative work to be able to do their jobs.  And from what I have heard from the few paralegals I have known, they aren’t always appreciated as much as the should be by the people who’s backsides they are covering . . . yes, that would be the lawyers.  So if you know any paralegals or legal assistants, or are one yourself, a big Happy Legal Assistant’s Day to you!

Make Up Your Own Holiday Day – This was hard for me.  This celebration is just an open forum for anyone to choose their own special day, declaring it a holiday for this one day.  It is suggested to choose a day that isn’t already on the calendar, but you feel should be.  I tried looking up a few, and doggone it, anything I could think of has already been taken.  What about you?  What do YOU think would be the perfect holiday to make up for yourself?  It’s already the weekend, so saying that it should be Stay Home From Work and Do Whatever You Want Day wouldn’t fit.  Hmmm . . . I just can’t think of anything that hasn’t been done!

Purple Day – Not only is purple one of my very favorite colors, it is the color representing a celebration aimed at raising worldwide awareness of epilepsy.  Epilepsy is a condition that affects over 65 million people around the world.  Cassidy Megan, a nine-year-old girl from Canada founded Purple Day in 2008.  She was supported in her efforts by the Epilepsy Association of Nova Scotia. Quite a feat for a child, though I tend not to underestimate the determination of a child on a mission and it looks like this young lady definitely achieved her goal! Good for her!  Lavender is the international color for epilepsy, and is also the color that symbolizes solitude.  This led to purple being the color of choice for this worth celebration.  Anyone can become an “Ambassador of Purple” if they are interested in supporting Purple Day.  The role involves simply wearing purple and spreading awareness of epilepsy in your community and to family and friends.  If you wish to take it further you can hold a purple-themed fund raising event and donate it to a charity that supports epilepsy research.  If nothing else, please take the time to increase your awareness about the effect that epilepsy has on the lives of its victims and the victim’s families.  The worry never stops, the watchfulness never ends, and the fear is always present.  My ex-son-in-law suffers from seizures that are similar to those of an epileptic, though his are caused by traumatic brain injury.  The fear was always there that he would have a seizure at any time.  I’m sure that fear still exists for him, and always will.

National Nougat Day – You could hardly get more American than a Snickers bar, but the candy bar’s nougat center actually hails from Europe.

National Spinach Day – For so many years spinach was associated with the cartoon “Popeye the Sailor Man” (now kids don’t even know who that is! Sad, isn’t it?).  We were taught that spinach contains a huge amount of iron and that eating it would make us strong and healthy like Popeye.  Well, they were right to teach us that spinach is a healthy food, but it is not quite the miracle food that times past would have us believe.  It turns out that when the iron content of spinach was being measured in 1934, the scientists didn’t take into account the differences between fresh spinach and dried spinach.  When the iron content of dried spinach was measured it appeared overstated by as much as 10-20 times!  In reality, one serving of spinach has about 7 calories, 1 gram of protein, 56 percent of our daily Vitamin A requirements, 14% of our daily Vitamin C requirement and about 5% of our daily requirement of iron.  It’s still a super food in my book though, and can be prepared in so many ways!  It can be eaten raw in salads, hot in soups, sauces with pasta, etc. Pretty much, the sky is the limit!

I need to take some time to look up some low carb nougat recipes.  It would be interesting to see how difficult it would be! I didn’t really have time this morning though. Maybe when I get home.  Right now I want to get this Monday started without a mad rush to get out the door. God bless you and I’ll see you tomorrow!