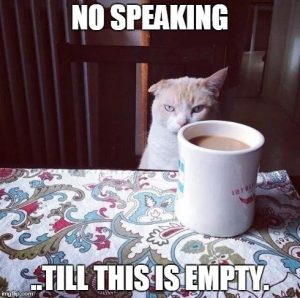 The weather folks say it will be in the low 80s here today . . . highly unusual for April in the PNW . . . for which I am grateful. I’m not an 80s and above weather person.  I prefer spring and summer temperatures to remain in the high 60s and 70s. I don’t get headachy and seriously, it’s far more comfortable. But obviously the weather isn’t tailored to my preferences, so today with the warmer temperature, I’ll deal with it. Not much choice, right?  I can say though, that everything smelled wonderfully fresh and clean a few minutes ago when I took Moose outside. Everything is crisp and clear, the sun is shining and I can see it filtering light through the various shades of green leaves on the trees. It’s really quite stunning. I could also see that my car is, once again, covered with yellow pollen. Seriously, I hate the layers of pollen. My eyes are itching and the morning just started. *sigh* Take the bad with the good, right?  OK, enough whining. It’s nothing I can change so I will put on a happy attitude and move forward!

Jesus is able to save completely those who come to God through him, because he always lives to intercede for them.

Jesus didn’t just come and die for us. He wasn’t just raised to give us life. No, as incredible as those gifts are, he adds another blessing to all he has done for us: until he can come and take us home to God, Jesus lives to ask God for grace in our behalf. Jesus is not only our Savior, he is our defender and brother at the Father’s side! 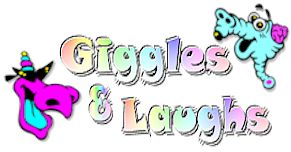 Questions asked in a courtroom can be very revealing… especially in the South. Even of an old, sweet lady many would be happy to call grandma.

In a trial in the heart of the South, a prosecuting attorney called his first witness, a grandmotherly woman he had known since childhood, to the stand.

He approached her and asked, “Mrs. Whitaker, do you know me?”

She responded, “Why, yes, I do know you, Mr. Coolidge. I’ve known you since you were a young boy, and frankly, you’ve been a big disappointment to me. You lie, cheat, you manipulate people and talk about them behind their backs. You think you’re a big shot when you haven’t the brains to realize you never will amount to anything more than a two-bit lawyer. Yes, I know you.”

The lawyer was stunned! Not knowing what else to do, he pointed across the room and asked, “Mrs. Whitaker, do you know the defense attorney?”

She again replied, “Of course, I do. I’ve known Mr. Johnson since he was a youngster, too. He’s lazy, bigoted, and he has a drinking problem. He can’t build a normal relationship with anyone and his law practice is one of the worst in the entire state. Yes, I know him.”

The judge upon hearing the questions and answers thus far asked both counselors to approach the bench. In a very quiet voice he said, “If either of you asks her if she knows me, I’ll throw you in jail for contempt.” 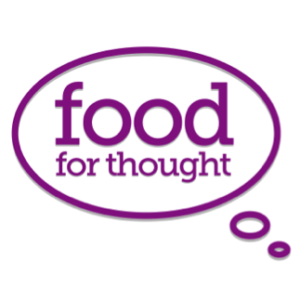 A friend came over and helped Hubby work on the shed roof last night. I’m not strong enough to help hold the roof pieces in place and this woman does NOT like being up on a ladder. That’s two strikes against it. So, a big thank you to S for the help, and a big thank you to God for great friends.

Audubon Day – John James Audubon was America’s foremost ornithological (bird) illustrator.  He lived from 1785 – 1851, and spent time studying drawing in Paris, under the French painter Jacques Louis David.  Audubon struggled for many years, trying to make a living from his art, going back and forth between Europe and the United States, making a little extra money giving drawing lessons, painting portraits, playing the flute or violin at local dances and even running a general store at one time.  In 1820 he began a flatboat excursion down the Mississippi River, seeking out new varieties of birds to paint.  Over time he had enough bird portraits to publish them in book form.  “Birds of America”, which was produced with the help of engraver Robert Havell, Jr., has 435 hand colored plated and was published in “elephant folio” format to accommodate the life-sized drawings of birds, which was something on which Audubon insisted.  After Audubon died in 1851, his wife Lucy began to teach to support herself.  One of her students, George Bird Grinnell (I find it ironic that his name included the word bird – but that’s probably just me), became the editor of Forest and Stream magazine and in 1886 he organized the Audubon Society for the study and protection of birds.  Today there are many branches of it, and is known as the National Audubon Society, which is dedicated to the conservation of wildlife and natural resources.  Its members celebrate and honor Audubon on his birthday – which is today, planting trees in bird sanctuaries.

Hug an Australian Day – Thomas and Ruth Roy of Wellcat.com website come up with some interesting holidays, and this is one of them.  I don’t know WHY they came up with this one, and I chose not to celebrate it last year, but I figured this year I would, and for a very good reason.  I don’t personally know any Australians, though I do appreciate the accent, but this year they deserve a great big hug and a lot of appreciation.   Here is the link to an article that I read the other day that had me feeling pretty warm towards Australia.  They have called for April 30th through May 6th to be days of prayer and fasting for the United States of America.  That either means they appreciate us a LOT, or they fear for us.  I’m guessing it is a little of one and quite a bit of the other.  We can take all the prayer we can get right now, so thank you Australia!

National Help a Horse Day –  The ASPCA wanted to take a day out of the year to bring special attention to the plight of horses in our country and today was chosen because in 1866 the founder of the ASPCA, Henry Bergh, stopped a cart driver from beating his horse, which resulted in the first successful arrest for the mistreatment of a horse on April 26th.  Horses were critical to the mission of founding the ASPCA and are just as important now.  If you click this link –  Top 10 Ways to Help Horses – you can see the ASPCA’s top ten ways to get into the spirit of the day to help horses.  Thousands of horses, donkeys, mules and other equines, find themselves homeless each year through not fault of their own.  Hundreds of rescues, many of them by all-volunteer groups, work long hours every day of the year to care for these at-risk animals. There are quite a few states that are hosting at least one National Help A Horse Day activity – and I am sad to say that my own state is NOT on that list.  Granted, this celebration is still relatively new, but it would be nice to be there.  Please, horses need us more than ever so whether you have horses of your own, or just love and admire these beautiful, majestic creatures, be sure to celebrate this day – not just today, but every day.

National Kids and Pets Day – Many of us have kids, and many of us have pets!  I know that it just wouldn’t have felt like I had a normal childhood if we hadn’t had pets in the house – so, thanks to my wonderful parents, we always had cats and dogs around.  As I got a little older they allowed me to have caged pets too, which at one point included more than 50 mice at one time (hey! They reproduce quickly!)  It was natural for me to let my kids have pets as they grew up too – so we had dogs, cats, guinea pigs, hamsters, a chinchilla, rats, and ponies (which were kept at the Grandparent’s house).  It was a natural part of teaching responsibility to the kids, and an extension of our family to have furbabies running around.  Well, THIS particular celebration is all about furthering the natural bond that is between kids and animals, and bring awareness to the plight of pets that are in shelters and rescue centers around the country.  It is about sharing our compassion for animals with our kids, and bringing them into our homes to love them and make our lives happier in the process.  One of the things that I find to be beautiful is that children with learning disabilities have greater academic success when they read to their pets.  Pets also help shy children open up and feel more confident.  The responsibility that a kid learns from caring for a pet is vital in their social development, and kids that grow up with pets tend to grow up being extremely nurturing and compassionate, making the move to dedicated and loving parent and pet owners themselves someday a very natural one.  This all contributes to a happier world and who doesn’t want that?  There are millions of orphaned pets sitting in shelters waiting for their forever homes, so make sure your family is ready for a new pet, and if so, open your hearts and homes to one today.

Richter Scale Day – Today is the celebration of the birth of the inventor of the Richter Scale – a rather significant invention indeed!  Charles F. Richter was born this day in 1900 and lived until 1985.  He invented the Richter Scale in 1935.  Basically the Richter Scale measures the amount of energy released by an earthquake by measuring the magnitude of seismic waves that are produced.  It measures from 0 to 9 in strength.  On the scale, each increase in number represents an earthquake that is 10 times more powerful.  So at 4.5 an earthquake can damage buildings and structures, but at a 7, severe and catastrophic damage can happen.  Let’s look at a list of what different quakes and their strengths have done in the past:

Take Our Daughters and Sons to Work Day – The practice of taking daughters to work started in 1993 after research showed that adolescent girls were receiving less attention than boys.   The idea was to give the girls more direct attention and a look at the different opportunities that were available to them. It became a very popular day, girls going off to work with Mom or Dad, Uncles or Aunts.  The boys started feeling left out and as a result in some places it has become Take Your Child To Work Day.

National Pretzel Day –  No matter how you like your pretzels, it’s available to you!  Thick or thin, straight or twisty, crisp or crunchy or soft!  Salted or unsalted, flavored or not.  There isn’t a shortage of the different types of pretzels.  Did you know that Pretzels are thought to be the world’s oldest snack?  They date back to 610 AD in Southern France.  Monks would bake thin strips of dough into the shape of a child’s arms folded in prayer.  Today celebrates pretzels of all shapes and sizes.  Do you know how to celebrate National Pretzel Day? By indulging in some pretzels of course!  Here are some lovely recipes to try from www.food.com.

It’s time to go hold my breath while trying to get into the car without disturbing too much of the pollen. Most of it will blow off of the windshield as I pull away, but I seriously don’t want to breathe in a face full while getting INTO the car. *sigh* may this part of spring time pass quickly. God bless you and I’ll see you tomorrow. 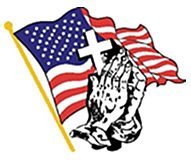