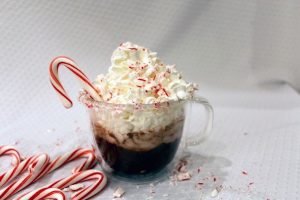 The day after Christmas is always a little sad for me. We save up our shopping money for a year, we shop, decorate, plan and anticipate . . . and then it’s over.  This year is different for us because it isn’t over yet.  We have not yet had Christmas with either of the kids or the grandkids, so we are still going to be festive in this house until we have had that chance.

“Glory to God in the highest, and on earth peace to men on whom his favor rests.”

There is only one proper response for God’s gift of Jesus — our praise and adoration. God’s love, grace, favor, blessing, forgiveness, mercy, and salvation come to us through the incredible gift of Jesus. How can we not praise him? How can our hearts remain still and voices remain silent before such an incredible God? They can’t, or won’t, at least right now! Let’s see their refusal as our reminder that we need to reach as many as possible before every knee bows and every tongue confesses that Jesus is Lord to the glory of the Father!

Today is officially Boxing Day.  We don’t celebrate it in this country however it is celebrated in England, Australia, Canada, New Zealand and other countries that were formerly British Commonwealth.  In those countries it is a legal holiday!  It is typically celebrated the first weekday after Christmas.  If Christmas lands on a Friday or Saturday, then Boxing Day will be on the following Monday.  So now that we know WHEN it is, and WHERE it is, shall we figure out WHAT it is?

Well, the roots of Boxing Day start in part with St. Stephan’s Day.  This was the day that churches opened their collection boxes to the poor.  Boxing Day was an expression of appreciation and thanks, and starting way back in the Middle Ages, members of the merchant class would take boxes and fill them with food and fruits, giving them to the servants, trades people and those who were less fortunate.  In the case of servants, they would work on Christmas Day, so it was just right that they would get a day off immediately after Christmas to celebrate.  So, usually the day after Christmas, or the Monday after if it fell on a Friday or Saturday (apparently the rich people with servants couldn’t fend for themselves on a weekend?) they would get the day off to celebrate.  Today, the giving of boxes filled with food and clothes for the needy, or monetary gifts to charity, are the common way to celebrate this day.  I don’t know why we don’t celebrate this one in our country – seems like a really good one to me!

We are closing out this year and starting the New Year is just one week. As we look back over the past 12 months it is a time to reflect on the good moments, the AMAZING ones, and the ones that we would have done over if we could. This is a time to take resentments and frustrations, chalk a lot of it up to human frailty that we all find ourselves suffering from at various times in our lives. We unintentionally, or intentionally in some cases, hurt someone else either through inadvertent failure, or deliberate spite. We hold grudges and harsh thoughts in our minds, and allow them to fester in our hearts, rather than letting the bad things go and clinging to the good, we carry these feelings forward with us and allow them to cement us in place, rather than either learning from them, or practicing the fine (and very difficult) art of forgiveness and moving forward in love. We are ALL human and as such we are ALL going to do or say things that other people do not like, that don’t seem right or fair, and that make us either hurt or angry. None of us, or our feelings, are any more important than someone else, and their thoughts and feelings. We can erase the negativity by keeping this in mind, and not stripping our lives of joy by stubbornly holding our position, even if we feel strongly that we are in the right. Reach out, it could be when you do, that someone else is doing the same. And even if they aren’t, the effort isn’t for nothing. God sees, He knows our hearts and our intentions.

National Thank-You Note Day – This is one of the areas where am so weak.  My mom taught me well – that when someone gives you a gift you show your appreciation by sending a thank-you note.  It’s the right thing to do, right?  And it honestly doesn’t take all that long . . . but I still fail just about every single year.  I truly AM grateful, and I need to know that the people I care about know that too.  These days so many people send emails, or make phone calls, but there’s nothing quite like a personal, hand written note.  Etiquette says to send thank-you cards within two or three days of receiving a gift from someone.  I’d better get on it!

National Whiner’s Day – Being grateful for everything we have is a good thing, but there are folks who just don’t show gratitude, instead choosing to whine and complain about something all of the time.  I suppose we all have stuff to complain about – after all sometimes life just isn’t the way we want it to be.  Today is the day when the whiners can come out of the woodwork and whine to their hearts content.  It’s their day after all!

National Candy Cane Day – I’m not sure why this one wasn’t celebrated before Christmas, but it’s apparently been celebrated on December 26th for quite some time.  To me, candy canes shouldn’t ONLY be enjoyed at Christmas though, so I suppose the day after is fine, right?  The Candy Cane was created around 1900, and they are now big business: Almost 2 billion are made each year for Christmas. The largest one ever created was a whopping 51-feet long.  Now how much do we know about the history of the Candy Cane?  Well, it was originally a straight, hard and all white stick invented by French priests in the early 1400s.  A choirmaster at Cologne Cathedral in Germany is given the credit for the cane shape.  Legend has it that in 1670 he bent straight sugar sticks into canes to represent a shepherd’s staff, and gave them to the children at church services.  Another theory is that as people began to decorate their Yule trees with food, the bent candy cane was invented as a functional solution.  It first got its red stripes in the early 1900s.  Legend has it that the white of the cane was representative of Christ’s purity, and the red for the blood He shed for us.  The cane could be interpreted as either a shepherd’s cane, or as a J, for Jesus.  I have quite a few candy canes hanging around here after Christmas, and intend to keep them on hand.  They are great for a quick sweet treat, for a bit of a sore throat and just to make you feel good – like a kid again.  Here are a few recipes using candy canes as an ingredient.

Well, I didn’t even realize I was celebrating Candy Cane Day until just now when I realized I had Candy Cane Cocoa mixed in with my coffee! My favorite! Well, one of my favorites. Now, I have a few things I am going to get done today, but it’s a vacation, my last of this year, so I am going to do what I want, when I want, without a rush and without any pressure. Why? Because I can, and that’s my Christmas gift to myself.  God bless you and I’ll see you tomorrow.