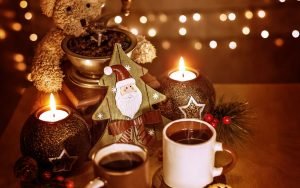 Some day I would like to think I’ll be able to wake up feeling rested and ready for the day, but today is not that day. My eyes feel gritty like they have sand in them, and the wild range of hot/cold/hot/cold moments I experienced overnight wasn’t conducive to anything resembling normal sleep. Bottom line, it was frustrating.  I regret all those years of thinking that hot flashes weren’t a big deal. I’m here to tell you, they are! Have some sympathy for someone you know who is going through this, because it’s truly not funny in the least.

Give thanks to the Lord, call on his name; make known among the nations what he has done.

Giving thanks is more than being thankful to God, it is letting others know of his gracious works, so they too can come to know him as Father, Redeemer, and Victorious Lord. Then others can join their voices with our own in a chorus of thanksgiving from the hearts those God’s love has redeemed. 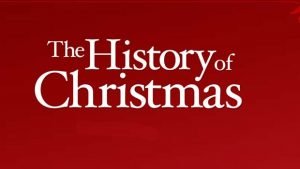 I was going to talk about the origins of what we have come to know as Christmas, but I fell asleep last night in the middle of research and didn’t get it done. Instead let’s talk about traditions! We all have them, or at least most of us do. Even if we don’t have anything that we consider to be actual traditions, I am betting there is at least one thing each of us anticipates doing each year to make the season special to us and bring back memories from childhood.

Traditions have always been very important to my family. Growing up we knew we were going to go out and hunt a Christmas tree, that Mom filled the most amazing stockings, we would go to Grandma’s house for special traditions there, and my brother and I would wake up on Christmas morning long before our parents every year. We were prohibited from leaving our rooms for anything beyond a bathroom break before Dad had the fire going and his coffee brewing, and Mom had her hair and teeth brushed and at least a little bit of make-up on. J and I would stand in our doorways and stage whisper back and forth to each other loud enough to wake the dead, until our folks stumbled out of the bedroom, after hardly any sleep themselves. When it was OK to leave the bedroom they’d let us know and the fun would begin. I raised my kids pretty much the same way.

Now, as adults, especially after so much change in our lives after my divorce from my ex-husband, the one thing that has always stayed the same was the Christmas Eve visit to my parents’ house. My daughter has only missed one Christmas Eve her entire life, which was when she lived out of state, but before and since, she has always been there. It’s nice that her son will have those same memories that she does, and the tradition will live on. Eventually I’m sure Hubby and I will take that Christmas Eve spot, but not for a very long time.

One of our traditions is the Christmas PJs. It is the first present that the kids and grandkids open, and everyone has to go change into them before gift opening begins. It’s a nice tradition, it’s practical and honestly, it starts out the evening, or morning, on a fun note.

What are YOUR favorite Christmas traditions? I’d love to hear about them.

Make Your Own Head Day –I guess this makes sense . . . if you are crafty and want to create a bust.  The rule of the day is that the bust you make must be your own, and be crafty with it!  Maybe add a hat or jewelry.  You can use clay, paper mache, draw or sketch your head.  You can paint a picture with paint, charcoal, or even crayon. If I tried this one it wouldn’t look ANYTHING like me, so I’ll pass. 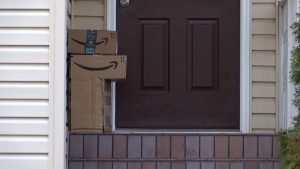 National Package Protection Day – We have all seen stories on the news about people’s packages being stolen from their front porches, and it breaks my heart when I see them. And it makes me really angry too.  We all work hard for our money, so when criminals take it upon themselves to trespass onto our property and waltz off with the items we have purchased for our families, it makes me hope that all of them get caught and punished – though I suppose that is a pipe dream.  The next few days and weeks are especially crucial. We just had Black Friday and Cyber Monday, with a lot of shopping taking place online, which means more and more packages being delivered to homes all over the country.  Be aware of what is going on in your neighborhood, watch for suspicious activity, people who look like they are checking out what is going on at the neighbors’ houses. You may be able to stop a thief from ruining Christmas for someone!  Of course, these days, so many people have security cameras on their properties, that you would think bad guys would give stealing a 2nd thought because they are very likely being recorded in the act of committing a crime! 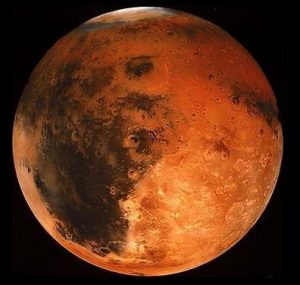 Red Planet Day – Mars is called the Red Planet because it appears to be red in color.  Today we honor the 4th planet in our solar system.  Scientists have debated the question of whether or not Mars is actually red in color, even after the mars Rovers landed and began to explore because the lenses that are used to take pictures are tinted.  If you have a cloudless night for viewing, you can look up into the sky and see Mars.  It is clear enough to see with the naked eye, but it’s really fascinating to look at through a telescope.  Today we commemorate the launch of the Spacecraft Mariner 4, on November 28th, 1964.  The 228-day mission brought the spacecraft within 6,118 miles of Mars on July 14, 1965.

Interestingly enough just two days ago NASA’s Insight Lander safely touched down on Mars. It’s a very important trip, and I don’t want to cut it short, so here is the link to one of the articles I saw about it. Interesting stuff!

Fourth Planet from the Sun

Mars gets its name from the Greek word “Ares”, the God of War

Often visible to the naked eye

Rotation around the Sun: 687 days

Size: 7th largest planet, about 1/10th the mass of Earth 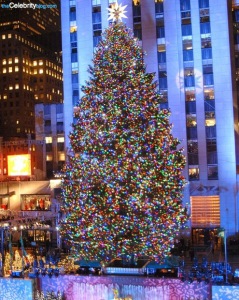 Rockefeller Christmas Tree Lighting – Each year there is a large Christmas tree placed in Rockefeller Center in Manhattan.  The tree is put up in the middle of November and in a huge public ceremony, is lit in late November or early December.  The tree lighting is broadcast live to hundreds of millions of viewers on NBC’s Christmas in Rockefeller Center on the Wednesday after Thanksgiving, and has been each year since 1997.  Tonight is that night!  I’ve never watched it but have to admit I’d love to see the tree in person some day. The rest of the bustle of a big city I can do without, but that would be pretty neat to see.  Each year there are about 125 million people who visit the tree. That’s a LOT of people! It stays lit until 9 pm on January 7th, which is the day after Epiphany. 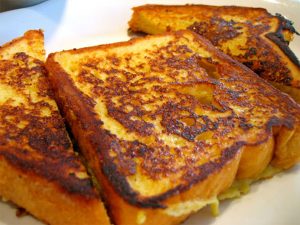 National French Toast Day – I absolutely love French Toast – especially the way my Mom has always made it. It’s crispy and has a lovely cinnamon aroma. It’s not squishy in the middle, which is good, since squishy grosses me out completely.