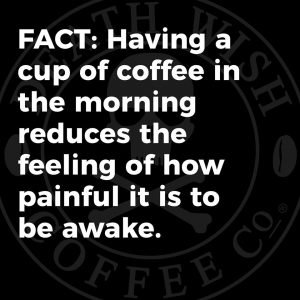 We are a week into the New Year! How is everyone doing?

There is so much to say, but now that I am staring at the blank screen, I have to figure out what it is that I want to actually write. Weird. I was filled with ideas before logging on. I guess I’ll have to freestyle this and hope something good comes out at the end.

This has been a big week in world events, achievements and victories! 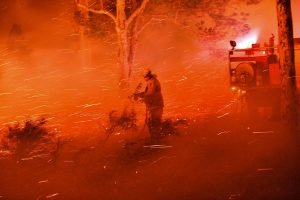 We all have seen in the news that Australia has been burning, which has sent the climate change alarmists into overdrive. Greta Thunberg has managed to screech at the Prime Minister of Australia, demanding that he make changes, the fires are ALL the fault of climate change. Can you hear the gnashing of teeth and the whining from where you are sitting? Yeah, well it’s time for the harpies to shut up. Nearly 200 arsonists were arrested for the crimes of setting all of those fires that have killed at least 25 people, burned down thousands of homes and have killed AT LEAST 500 million animals.  The articles I saw say that ISIS leaders have been encouraging their followers to start fires in the US and Europe as a new way to wage jihad against people who don’t believe they way they do. Seriously?! That should make us wonder about wildfires that we have suffered here in our own country.  May they rot in prison, though in my opinion they deserve the death penalty. 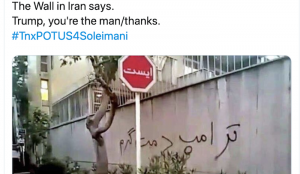 Iran attacked our US embassy in Iraq last week. President Trump responded quickly, efficiently and effectively. The result was that we did NOT end up with another Benghazi, which is awesome. The swift response was an effective way to put Iran on notice that our country no longer is willing to be dirt under their shoes – Obama is gone, Hillary never was, and Trump isn’t going to put up with any crap.  The swift slap that Trump rendered, which took out one of the world’s most heinous terrorists, General Soleimani, was just just the icing on the cake. While the Democrats and media mourn, harder than the actual citizens of Iran I might add, those same citizens dance and celebrate this death in their homes, all while being forced into the streets to “mourn” a monster who made their lives miserable for decades, and who is responsible for the loss of countless human lives, many of those lives American. What do we hear from our own country? Well, from the normal people, and by that I mean conservatives, we hear pride and gratitude. From the abnormal people, and by that I mean all liberals, democrats, et.al., we hear bitching and moaning about how awful it is. People, this was NOT a choir boy! This was NOT a nice man! Just because Obama bowed, scraped and licked this guys backside (well, I hope he didn’t literally, but seriously I wouldn’t put it past him.) doesn’t make him someone to revere. We should ALL be glad he is gone, and that our President has a backbone.  Trump 2020! 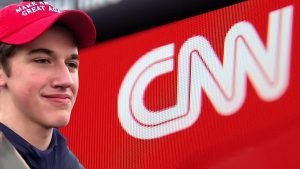 Happily, today CNN settled the lawsuit that was filed on behalf of Nick Sandmann, the Covington student who was attacked by rabid liberals, raked over the coals over something he didn’t even do, and treated like he was horrible simply because he SMILED in the face of a verbal assault, and committed the horrifying crime of wearing a red MAGA hat. Seriously, the gall, right? No, I jest. Poor kid. Whatever happened to kids being off limits, right? Anyway, CNN settled the lawsuit today, though we don’t know how much they had to shell out. What we DO know is that the original lawsuit was for $275 million. I hope he got most of that. You’d think that losing such a huge amount of money would be a lesson to news outlets who would rather peddle fake news than the real thing, but I haven’t seen any evidence that they are trying to change their ways. Perhaps they are all afraid of their own pending suicides if they actually tell the truth! A conservative will know what I mean by that. Many snowflakes who don’t actually read real news may not. I don’t think many snowflakes read my posts, so I’m pretty safe. If not, well let the tears flow. 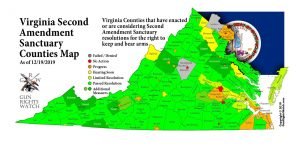 Last on my agenda of rants is the attack on our 2nd Amendment rights in Virginia, the idiots who voted in those ass****es, and seriously, the amazing and wondrous show of support as nearly all of the counties in the state have declared themselves to be 2nd amendment sanctuaries, the law enforcement departments that have said they will not confiscate firearms from law abiding citizens, and the fact that the National Guard, who the citizens have been threatened with, will likely follow suit. There’s that bit the oath that law enforcement and military take that vows to defend from enemies, both foreign and domestic. Folks, the governor of Virginia is an enemy of our nation, an enemy of the people and an enemy of the Constitution. Unfortunately the governor of my own state isn’t far behind, and we already have law enforcement stating that they will not enforce any attempts to disarm law abiding citizens. Pay attention everyone. Things have great potential to get very ugly at a rapid pace.

It may seem as if I have been mostly doom and gloom today, but seriously I’m not. Know why? Because I know God is in control, I know that He is blessing President Trump and that He has blessed our nation with an amazing President who threw open the doors to the White House and invited God back inside.  That’s a comforting thought to me, and I hope it is to you too.

God bless you and I’ll see you soon.