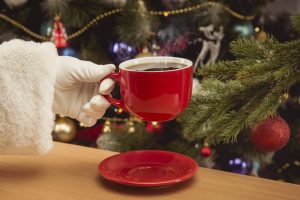 Yesterday my day was interesting.  My boss is dog sitting her son’s dog for a few weeks while he is out of the country.  I’m a big dog person, but this dog and my boss’s two dogs who are at the office every day are little ones, so I am adapting to my office mates and watching where I walk. At any given moment I can feel eyes watching me, look down and see one, two or even three dogs under my desk hoping I will either drop some food or reach down to pet them.  They also have me pretty well trained to stop what I am doing and take them out to go to the bathroom by ringing the bell by the door.  The son’s dog though, this one decided yesterday that my lap was her preferred place to be, after having an altercation with me that she needed to make up for of course. She was shivering, so I went to cover her up with her blanket, and she nipped at me. I think I startled her, so I wasn’t angry, but I was a little hesitant to welcome her onto my lap, just in case.  After she whined and cried for a while, I patted my leg and up she hopped, onto my lap, pressing her ice-cold nose under my arm to warm it up. It made working interesting, to say the least. We played this game for about two hours before I realized that I could park her on my under-desk keyboard drawer that I don’t use so she could be up there with me but not trapping one of my arms. I have a feeling today will be much the same, so I need to find a little blanket or something for her to lay on, so she isn’t shivering while sitting on my drawer.  I never realized how cold small, short-haired dogs get!

On the way home, my mood changed quite a bit.  I have put so much into getting ready for Christmas already that my emotions are all over the place. Last year my son’s family had moved right before Christmas, so I spent a great deal of time crying throughout Christmas because I missed them all so much, and longed to have my family together. This year I don’t know if my daughter and her family will be here because her husband may have to work, which would break a tradition that goes back to her very first Christmas of spending Christmas Eve at her Grandparents’ house.  Ironic that this year my son and his family will be here, but my daughter may not be? I cried on the way home, already feeling the potential loss. That, of course, made me feel really bad for my parents, because all kids grow up, most start their own families and move on, leaving Mom and Dad behind. It’s normal, I know this, but it doesn’t mean I have to like it. If sadness can cause physical pain, this is what it must feel like.  I felt my Christmas spirit sink some, but I’ll work on getting built back up.  It just has a bit of Blue Christmas mixed in with the Here Comes Santa Claus.

[Jesus said,] “I am the good shepherd; I know my sheep and my sheep know me — just as the Father knows me and I know the Father — and I lay down my life for the sheep.”

The goal of our walk with Jesus is to come to know him as our shepherd just as intimately as he knows the Father. A key thing for us to remember: In a world where so many people want to attract our attention and are willing to give us advice, we can refuse their voice. We listen to Jesus because he has shown his love for us by laying down his life for us. He is not a hireling, he is the Good Shepherd. 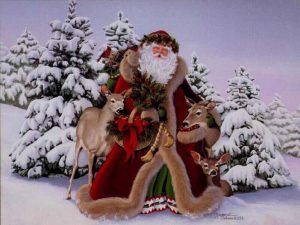 Well the timing on this couldn’t be more perfect since I was going to talk about St. Nick/Santa Claus anyway!  Happy Saint Nicholas Day! So, the first thing I had to ask, was there really a St. Nicholas?  The answer is yes.  He lived in Greece just a couple hundred years after the birth of Christ.  He became a priest, and later a Bishop, of the early Catholic church.  He gave up all of his belongings to follow God.  He was known very well in his community for giving to the needy, and especially focused on giving to children in need.   Hanging stockings by the chimney? That started with Saint Nicholas!  The ancient legend says that he would throw small bags of gold coins into the open windows of poor homes.  After one bag of gold fell into the stocking of a child, the news got around.  Children all soon began to hang their stockings by the chimney “in hopes that St. Nicholas soon would be there”.   It really wasn’t until the 1800’s that the spirit of St. Nicholas’ life began to evolve into the creation of Santa Claus, and that happened in America.  Santa Claus began to grow from the stories and legends of St. Nicholas, of being a kindly soul who was generous to children, but unlike “St. Nick”, Santa Claus is fairly non-religious.  Saint Nicholas Day has been celebrated for hundreds and hundreds of years, and commemorates the death of this very special person, who brought much happiness to a lot of people.  Because record keeping was not perfect at the time, his death is believed to have been in either 345 A.D. or 352 A.D.  What it all boils down to, is that yes, the original Santa Claus, or Saint Nicholas, was indeed very real, and I’d have to say that the modern-day Santa Claus, who encourages children to behave themselves and be nice to each other, is a lovely story that brings out the best in many of us.  As long as the mistake isn’t made of putting him in front of Jesus, it really doesn’t – in my opinion – do any harm to appreciate his contributions to the Christmas season. 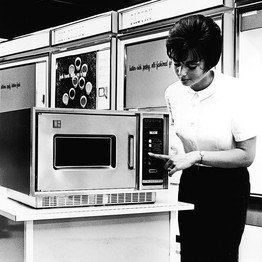 Microwave Oven Day – Do you remember when microwave ovens were new? I do – I know, that definitely dates me.  We couldn’t afford one, but my best friend’s family had one. It was HUGE! I was utterly fascinated by it . . . and slightly nervous, even as a kid.  The microwave oven was invented by an American engineer, Percy Spencer, who discovered a way to heat food safely with microwaves. He was working with an active radar in 1945 when he realized the candy bar in his pocket was melting. Makes me wonder what it was doing to his internal organs! Yikes!  He tried to cook popcorn with the waves, then an egg. The popcorn worked somewhat, but the egg blew up in his fellow engineer’s face, literally.  He experimented with different methods and Raytheon, his employer, filed a patent application for the microwave cooking process on October 8, 1945.  They built the first commercially available microwave oven in 1947. It was called the Radarange. Honestly, I was in Junior High when the household models came out, so mid-1970s. I have no idea why it took so long for them to be available for most households.  Cost perhaps? 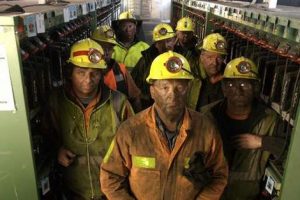 Miner’s Day – Today is the sixth annual National Miners Day.  In 2009, Congress proclaimed that each December 6th would be the day of remembrance of the 1907 Monongah coal mine disaster, which resulted in the deaths of 362 miners and became the worst industrial accident in American history.  American miners play a much larger role in our lives that most people know.  They mine a variety of raw materials that are components in products we use every day, like coal, copper, phosphate, silver, limestone, iron and zinc.  Coal, and the electricity generated by coal power, is used by many homes, businesses and communities.  Miners produce the gravel, crushed stone, tar, asphalt, road salt and cement used to build the roads we travel on and to make them safer.  The thousands of everyday goods we use that are from the hard work of miners is mind boggling.  The miners put their lives on the line every day to do their jobs and deserve to be protected from workplace hazards that have killed tens of thousands of them, and injured hundreds of thousands more throughout our history.  Today I hope that the American people will pause to remember the miners, both those who have been lost to this dangerous job, and those who are currently performing it.  Say a prayer for their safety and if you know a miner, thank him or her for their contribution to our nation.

Mitten Tree Day – I’m not exactly sure what this holiday was intended to be, but I do like what has been done with it.  This is a wonderful holiday to celebrate with, and for children!  Set up a Christmas tree and have people donate new mittens by hanging them on the tree, then donate them to a shelter, or anywhere taking this kind of donation this winter!  How wonderful is that? 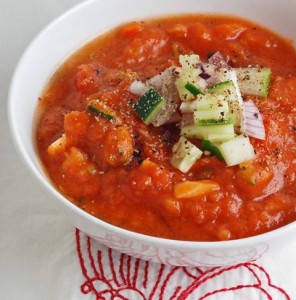 National Gazpacho Day – Hailing from Spain, gazpacho is basically classic tomato soup served cold. Pair it with crusty bread on the side or go traditional and add a few chunks into the pot.  I’ve never had Gazpacho, but to be honest, all of these pictures really remind me of salsa!  If any of you have ever had it, can you tell me if it’s similar?

Be careful as you head out to work today, no matter where you are. I know that around here we have had a few frosty mornings, and I know many others have quite a bit of ice.  Just take it easy. You’ll get where you are going without hurrying. God bless you and I’ll see you tomorrow.