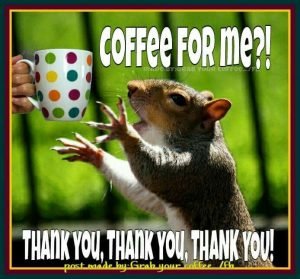 Yesterday afternoon as I got home from work I saw the most amazing sight. A picture would not have done justice to it, but I wish it would have. One of the brightest, most complete rainbows I have ever seen was hanging out over our neighbor’s house across the road (OK, I KNOW logically it wasn’t actually over their house, but that is what it looked like from my front porch.) Ever so lightly above it was a 2nd one, just barely there. It took my breath away. God’s promise, especially these days, was welcome and calming. Keep your eyes to the heavens, watch for His promise, for He will bring you peace.

We got the rest of the miscellaneous stuff (i.e. my many, many, many teacups and teapots out of the living room last night, the dining room tables and chairs are out of there, the couch is moved out and it shouldn’t take too long for the rest of it to be moved. What is horrible is what is under and behind all of the furniture. Gross. Truly, if Moose wouldn’t look ridiculous without hair, I’d consider shaving him. I am very grateful that the new carpet will be darker – it will hide more ills than this light tan one did. Yuck!

The fear of the Lord is the beginning of wisdom, and knowledge of the Holy One is understanding.

We pursue so many things, but only one pursuit brings wisdom. Paul reminded the Athenians that God made us to seek after him and find him (Acts 17). The wisdom of Proverbs keeps leading us back to “knowing God” and having a deep and reverential awe toward him as the source of wisdom. Understanding of priorities, needs, purposes, goals, problems, and issues can only occur when we first recognize who the Lord is and know him in our day to day lives. 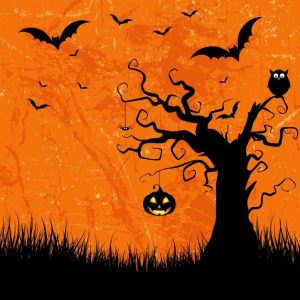 Day 3 of History of Halloween: All Saints Day

I was not raised Catholic, so this is a foreign concept to me, but Catholics canonize saints after death. They are given a special status of holiness and held up as role models. They believe that God performs miracles on earth through the saints and call upon the saints to help them and guide them in daily life.  While many saints have their own day to be honored, there are so many saints that there just aren’t enough days to give them all their own, so Pope Boniface IV officially designated All Saints’ Day to honor all of them at the same time. Originally, All Saints’ Day was on May 13th, but in 601 A.D., Pope Gregory the 1st ordered his missionaries about the beliefs and customs of the people they wanted to convert. Instead of trying to git rid of the native peoples’ customs and beliefs, he told the missionaries to include them. So, essentially if a group of people worshiped a tree, instead of cutting down the tree, he told them to bless it and dedicate it to Christ and let the people to continue worshiping, only now they would be worshiping Christ. In 835 A.D. Pope Gregory III changed the date of All Saints’ Day to November 1st so they could take over the pagan holiday.  The official documentation shows that the Church picked this date as the papal dedication of a church that honored the saints.  It’s not a generally accepted view, since the church had such a history of including non-Christian holidays with their own. One example is Christmas – the church set it up on December 25th so it would correspond with the pagan winter solstice festival. We know this because shepherds didn’t watch their flocks by night in the winter, because the flocks would be inside, or they would die in the cold. Though the connection between Samhain and All Saints’ Day is less certain, it is generally accepted as a combination of the holidays. The result of moving All Saints’ Day to November 1st is that many of the pagan traditions were brought into the holy day’s activities, which may have helped bring descendants of the ancient Celts to Christianity. It did create some problems for the church though. Many of the Samhain traditions were centered around the dead, supernatural and the spirit world, which doesn’t have a place in Christianity. The saints were recognized and were in deed dead, but they weren’t creepy or supernatural like spirits walking the earth at midnight.  Young men were now told to go door to door begging for food for the poor, villagers dressed up in costumes as saints, but now instead of dressing up to chase away the evil spirits and celebrating the pagan beliefs, they were dressing up to honor saints. Small distinction really, and nobody seemed to care much about the distinction.

Food Day – This one is pretty great! We, as a nation, eat some pretty cruddy food. Much of what we see on the store shelves is filled with sugar, processed ingredients, far too many carbs, chemicals and disgusting things that we can’t pronounce, all covered in a lot of salt! This celebration tries to put the focus on healthy, affordable fresh foods that are produced with care for the environment, and the food grown or raised in it.  One great way to celebrate this one is to shop the perimeter of the store, which is where the fresh foods are. The center of the store is where the shelves of processed fake foods live, so now you know how to avoid them!

1945 – The United Nations came into existence.

1901 – Anna Edison Taylor is the first person to survive going over Niagara Falls in a barrel. 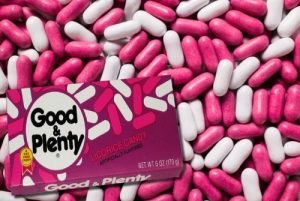 Good and Plenty Day – Do you like things that are licorice flavored? I don’t. I hate this flavor – it gives me the shudders just thinking about it! Gross! Apparently, lots of people DO like it though because today we celebrate the oldest branded candy in the U.S., an American version of the licorice pastilles that have been made and enjoyed in Europe for hundreds of years.  If you don’t know what Good and Plenty candies are, they are narrow little tubes or capsule shapes of sweet black licorice that is covered in pink and white candy shells.  It all tastes the same, the colors just make them pretty and easily identified.  In 1893 the Quaker City Confectionary Company in Philadelphia, PA – though the brand is now owned by Hershey – came out with Good and Plenty candy. It has been enjoying great popularity for all of these years, but I have to tell you, I don’t get it.  I really don’t. 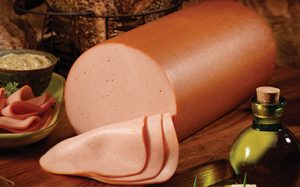 National Bologna Day – Properly spelled Bologna, it is sometimes spelled “Baloney”. It is pronounced like the latter spelling. Bologna is a sausage that is commonly used as a lunch meat.  When I was little we often had it in our house for my Dad’s lunch. Though we often only see one sort of bologna in the lunch meat section, there is actually a variety of them – there is “regular” bologna, German bologna, beef bologna, kosher bologna and many more.  Depending on what kind you are talking about, they could include pork, beef, chicken and spices. When I was little, and even as a young mother with a limited budget, I loved fried bologna.  I know, for many people who don’t eat it, this sounds gross, but really, it’s quite tasty.  It gets a crispy caramelized texture and is great with eggs for breakfast!  Honestly, I haven’t had bologna in years. The memory just brought a smile to my face.

We’ve made it to the middle of the week! It’s all downhill to the weekend from here! WOOHOO! Nice thought, isn’t it? I know it is for me. Have a wonderful day! God bless you and I’ll see you tomorrow.