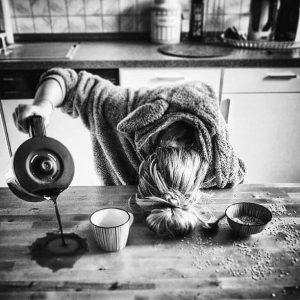 Oops! I got so used to not posting for awhile that I completely forgot over the weekend.  Of course, as always, the weekend flew by far too quickly, which is never fun, and we are heading into a new work week. THIS week is special though, because this is the week that we celebrate Little Man R’s 3rd birthday! Can you believe it has been that long already? Wow!  My daughter shared a funny story with me the other day after Little Man R said something funny on a Skype call. He said, “I’m three years old and I’m a grown man!” HAHAHA Apparently, my daughter was commenting to him that he was growing up so fast, that he was three and nearly a grown man! He took it to heart, and now that seems to be his mantra. Pretty cute stuff.  Don’t grow up too fast little guy. The grown-up world is a crazy one. You still have 5 days of being 2-years old. Enjoy those days.

In the same way, count yourselves dead to sin but alive to God in Christ Jesus.

In baptism, we are united with Christ in his death (see Romans 6:1-14 for the background of this devotional meditation). Our old sinful selves are crucified with Christ. We are no longer slaves to sin. We are alive in Christ — the one whom sin could not master, and death could not conquer. His life is now our life. His victory is our victory. His future is our future. Let’s set our hearts to live based upon this certainty! 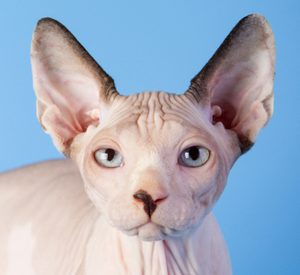 Be Bald and Be Free Day – Today we give honor to those among us who either have a beautiful, smooth head . . . or are naturally in the process of getting there.   Many people are sensitive about losing their hair and as a woman from a family of women who tend to get a little thinner on top as they get older, I can understand that completely.  For the men though, there’s something rather sexy about a nicely groomed head that has a receding hairline, or that is completely smooth. As long as they deal with it gracefully without a silly toupee, a ridiculous comb over (seriously, you aren’t fooling anyone with one of those!), or nothing on top and a long, skinny pony tail in the back (it doesn’t make up for the top – trust me.), then it is completely fine!  Today, if you are completely bald especially, you can be happy to be free of haircuts, all those styling products, and be happy with all the time you save each day! 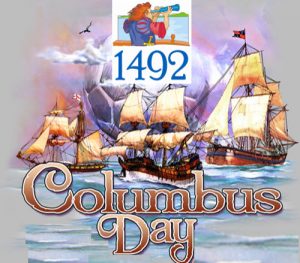 Columbus Day – Until a couple of years ago, I had NO idea how many countries celebrate a version of Columbus Day.  I realize that there is some controversy around celebrating this day, and I understand why if you’re part of the Native American community that there would be.  On October 12, 1492, Columbus arrived on the shores of the Americas.  Here is a list of a few countries that celebrate, and what they call the landing:

Columbus Day in the United States

Día de la Raza in many countries in Latin America

Discovery Day in the Bahamas

Day of the Americas in Belize

Día de las Américas (Day of the Americas) in Uruguay

These holidays have been celebrated unofficially since the late 18th century, and officially in various areas since the early 20th century.   So, in all of this, when did it become an official holiday in our country?  Well, in 1906 it became an official state holiday in Colorado and became a federal holiday for the whole country in 1937, though it has been celebrated since the colonial times unofficially.  In 1792, New York City and other U.S. cities celebrated the 300th anniversary of his landing in the New World.  Since 1970 though, the holiday has been fixed to the 2nd Monday in October, which gives many people a three-day weekend.  Banks, the bond market, the U.S. Postal Service, other federal agencies, most state government offices, many businesses and most school districts have it off.  For those of you who get a three-day weekend- awesome for you!  Enjoy.

National Online Banking Day – This one has been celebrated on the 2nd Monday in October since 2015. The aim for this one is to appreciate the many advantages offered by doing your banking online. It is easy, typically there are higher interest rates, it is convenient, you can do your banking 24 hours a day, which is not the case for doing your banking in a branch, it gives you flexibility and you can do it from your living room! For those reasons I do most of my banking online, but that doesn’t discount the benefits to having a relationship with your banker that allows you to call or email them and have them respond quickly. I enjoy both methods of banking, to be honest. 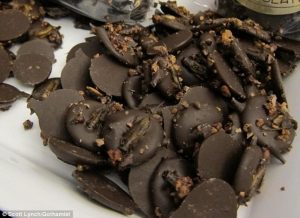 National Chocolate-Covered Insects Day – The Food and Agriculture Organization of the United Nations (and I don’t usually report on ANYTHING the U.N. does but this one was interesting), says that we could reduce world hunger by incorporating more insect protein into our diets.  I’m pretty sure I just threw up a little in my mouth – NOT an appetizing thought to me.  But according to them, raising insects for food has many advantages over traditional livestock.  They are simpler to raise, require less water, eat garbage, and produce less greenhouse gasses.  My response to that is – who really wants to RAISE bugs, I can concede on the water, do I really want to eat food that eats garbage, and the global warming, greenhouse gas nonsense is JUST that, nonsense.   If you can’t wrap your minds around eating bugs – like I can’t – cover them with chocolate.  Apparently EVERYTHING tastes better with chocolate.  As much as I like chocolate, I’m simply not buying into this idea with any enthusiasm.  If you ARE someone who likes the idea, some popular varieties are ants, grasshoppers and crickets.  (of course, if you ARE someone who likes this idea, I have to say that there’s something a little different about you – not saying it’s good . . . not saying it’s bad . . . just saying it’s different) 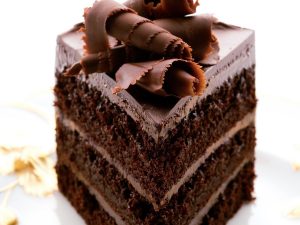 National Dessert Day – is a rich day filled with yummy treats! I love baking desserts – though the cake I experimented this weekend was definitely a disaster!  Today would be a good day to forget about the calories and fat in your favorites, bake your little hearts out, and enjoy.  You can go back on the diet tomorrow.  So, what is your favorite?  I have to say I have different favorites depending on what it is.  For pie, my favorite would have to be a very tart apple/cranberry with streusel topping.  Cake – well, chocolate! Duh!  Cookies – my Grandma’s Oatmeal Cookies come in first place every single time, and for Ice Cream – hmmmm chocolate with chunks of peanut butter!  I’d love to hear what your all time most favorite yummies are. . .

The thought of delicious dessert could easily make me happy, if I truly wanted to go to the time and trouble of making any, but it is Monday. I’m not a big fan of filling Monday night with anything major. Dinner will be as simple as possible and I’ll be going to bed at a reasonable hour. Yep, I’m turning into my grandparents.  Have a great start to your week! God bless you and I’ll see you tomorrow – unless I fall asleep early.