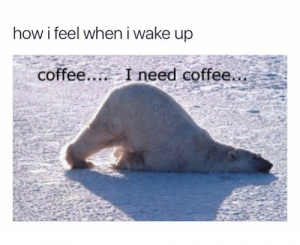 Sometimes it feels like I blink my eyes and time has passed by so quickly that I’ve nearly missed an entire month.  Every day I start the morning thinking that THIS is the day I will get everything done. THIS is the day that organization at home will be my new normal. THIS is the day I won’t be exhausted from the moment I open my eyes in the morning until I close them at night. Every morning I find that this is not actually that day. Wash, rinse, repeat. For anyone who deals with thyroid issues, it’s hard to explain to others that the level of exhaustion we feel isn’t just being tired. It cannot be fixed with a nap. Medications may make the lab numbers look good, but it doesn’t mean that translates to feeling better or even slightly energetic. I do not want this to be my normal, so every day I try to be optimistic. I lift my head off of the pillow, even though it feels glued down. I put my feet onto the floor and force myself to stand and get started on yet another day. If you know someone who has an autoimmune disorder, please, cut them a little slack. Do something to make their day go a little easier, be patient when they are too tired to do any extra activities. They are doing their very best and want desperately to feel normal, even for a very short while.  I do try to get here more often but honestly, lately it just feels like I can’t keep my eyes open for even a few moments on most evenings after dinner.  Thank you for your patience and your understanding.

The LORD God said, “It is not good for the man to be alone. I will make a helper suitable for him.”

Two powerful principles are presented here. First, God looks out for us and blesses us with what we need most. Second, God made us for relationship: relationship with him and with a husband or wife. Yes, Matthew 19 and 1 Corinthians 7 both emphasize that some are gifted to be single, but most of us are made to be complete with another. Marriage and a godly husband or wife are a gift from God. Let’s live like they are! 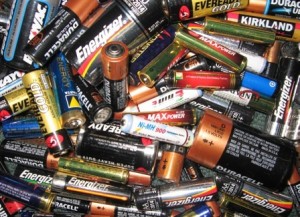 Battery Day – We use batteries in just about everything, don’t we?  Think about how many devices you use each and every day need batteries.  Hm . . .  let me think. . . starting when I get up in the morning and look around at my nightstand . . . my cell phone, pedometer, watch, the scale, electric razor, smoke alarm, portable shortwave radio, digital camera, clocks on the wall, flashlight, laptop and track ball, the Wii Fit board and Wii-motes. . . moving on to outside the house and at work . . . the car, the mouse for my computer at work, GPS . . . well the list goes on and on.  We use them everywhere, every day. They come in a variety of shapes, sizes and power capacities to fit a wide array of needs.  Can you imagine where we would be without them?  We would still be using a crank to start our cars, we’d have to haul around long extension cords for things we want to take places with us, and don’t forget the hand-held games that the kids use!  How popular would those be if they had to be tied to an electrical outlet!  With as many as we use, do you know who invented them? I didn’t either. A man by the name of Alessandro Volta – an Italian physicist, invented them in 1800. He also made very important discoveries in pneumatics, meteorology and electrostatics. Of all those things though, he is best known for batteries. 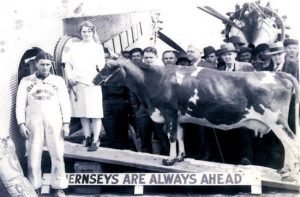 Cow Milked While Flying in An Airplane Day – I get a kick out of this every year. I’m not sure why, I just do! Today is the 88th anniversary of ‘Cow Milked While Flying In an Airplane’ Day. And what does this mean, you ask?  I’ll tell you!  According to the Dairy Farmers of American website, a cow by the name of Elm Farm Ollie became the first cow to fly in an airplane on this day in 1931.   Why did they do this you ask? Well, they say that this trip was made to allow scientists to observe midair effects on animals, as well as for publicity purposes, so during the International Air Exposition, in St Louis, Missouri.  Ollie (also known as Nellie Jay and after her flight as Sky Queen) became the first cow to fly in an airplane and be milked in flight.  According to reports Elm Farm Ollie was an unusually productive Guernsey cow, requiring three milkings per day, and producing 24 quarts of milk during the flight itself.  The milk was sealed into paper containers and parachuted to the spectators below, and it is said that Charles Lindbergh was one of the people on the ground who received a glass of her milk.

Though I’m really not sure what the meaning or intention behind this study was, I’m sure Ollie’s owners were very proud. 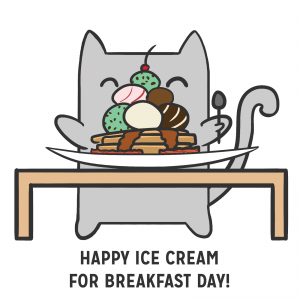 International Eat Ice Cream for Breakfast Day – I’m sure that eating ice cream for breakfast would be a dream come true for so many children. If you were to add eating hot dogs or pizza every night for dinner, they’d probably think they had a perfect life – at least as far as food is concerned.  Even as an adult though, you have to admit that there is something pretty tempting and fun about the thought of having a bowl of ice cream first thing in the morning – and honestly, wouldn’t it balance well with your coffee?  This special day was started in the 1960s by a housewife, Florence Rappaport, from New York. They believe the actual year was 1966 since a huge blizzard had hit that year, but the idea was that Florence’s 6 children were pretty bored one snowy, cold morning in February and she had to come up with something that excited and entertained them so they wouldn’t be so cranky.  On the spur of the moment she said “Let’s have ice cream for breakfast!” They loved it so much that the next February and snowy weather came around and they reminded her so they could celebrate it again.  They did, and a special holiday was born.  Doesn’t that sound like fun? 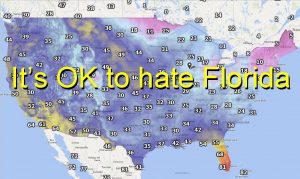 National Hate Florida Day – There were quite a few hits when I was researching this one, and the man reason for it seems to be envy over the warm weather in Florida while much of the country is still seeing cold, snowy winter weather.  Seriously, I don’t understand hating a state over weather envy. However, with that said, it would be completely reasonable to hate a state over their weird crimes and other oddball events. It seems like lately, every time we hear of a weird crime, it happened in Florida! Yikes! Of course, I’m more likely to hate a state if it’s run by idiot liberals than weather envy. Take my own state, for goodness sake. I’m disgusted every singled day! 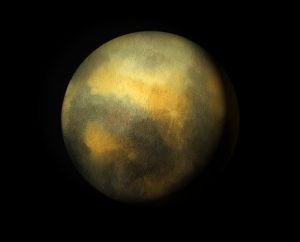 Pluto Day – Pluto, at one time called the 9th planet, was discovered at the Lowell Observatory in Flagstaff, AZ by astronomer Clyde W. Tombaugh.   There was a long- held theory that an unknown 9th planet existed, and this theory was first proposed by Percival Lowell.  He thought that the wobbles in the orbits of Uranus and Neptune were caused by the pull of gravitation of an unknown planet and searched for one for more than a decade.  Sadly, he never found it.  In 1929, using both of Powell’s and W.H. Pickering’s calculations as a guide, the search for Pluto was started up again at the Lowell Observatory in Arizona.  On February 18, 1930, Tombaugh discovered the tiny, distant planet by use of a new astronomic technique involving photographic plates and a microscope.  His finding was confirmed by several other astronomers, and on March 13, 1930, the anniversary of Lowell’s birth, the discovery of Pluto was publicly announced.  The surface temperature of Pluto is estimated to be about -360 Fahrenheit – BRRRR – so it appears that Pluto was appropriately given the Roman name for the god of the underworld in Greek mythology.  Pluto’s average distance from the sun is nearly four billion miles, and it takes about 248 years for it to complete one orbit of the sun.  It has the most elliptical and tilted orbit of any of the planets, and at its closest point to the sun it passes inside the orbit of Neptune, the eighth planet.  It wasn’t until 2006 that the International Astronomical Union announced that Pluto was not going to be considered to be a planet after all, because of new rules that said planets must “clear the neighborhood around its orbit”.  So, all that stuff we learned in school?  Disregard it!  It’s no longer true! 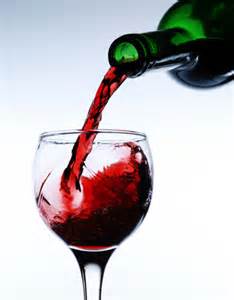 National Drink Wine Day – Today is the perfect day to pop the cork on a bottle of our favorite vino and start sipping.  There used to be rigid rules that were associated with drinking wine, but there has been a lot of change in recent years.  Wine connoisseurs now agree that you don’t always have to drink red wine with meat and white wine with fish. They just say to drink what tastes good to you!  The main thing is just to enjoy it.  It also wasn’t that long ago that many thought that wine bottles with a twist-off top were cheap and not very good.  This has also changed.  Many of the world’s finest wineries are now using screw tops on their wine bottles.  Well, heck.  This is such an easy one to celebrate it may have to happen BOTH days of the weekend!  Here are some interesting things about wine:

Finally! A celebration I can do happily and without hesitation! Woohoo for drinking wine!

Have a great day. God bless you. I’ll see you soon.