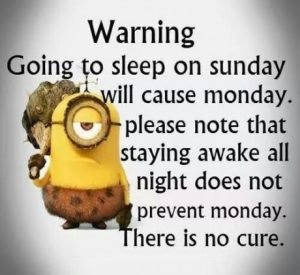 It’s Monday! I realize that means a lot more to all the people currently working outside the home, and hopefully I join your ranks soon, but it means something to me too. I have a very limited amount of time this month to get projects completed and many events happening that will challenge my schedule further. Today is going to be ridiculously warm for our area, and since the only air conditioning is in the bedroom, that leaves me doing most of the busy work in the hot part of the house. I think my plan of attack is going to be doing things in the warmest area of the house while it’s still cool in here, and once it heats up put in chores in the bedroom to cool down. I also need to go to the grocery store, which is an errand best run at the hottest part of the day since my car will be cool, and the store will be also. That’s my plan, so now I just need to make it happen!

[Jesus said] “You are the light of the world. Let your light shine before men, that they may see your good deeds and praise your Father in heaven.”

Our life will not be neutral. We will either point others away from God or show them that allegiance to God is important. Let’s make an intentional effort today to shine the light of God’s holiness and grace in all we do and say.

Yesterday I saw that legislation has been proposed to allow women to pay for their feminine hygiene products out of an HSA. Seriously? Women have been fighting for equality for years, trying to say that having a monthly cycle doesn’t make us less than men, doesn’t make us weak, is something we shouldn’t let keep us back, then this happens. This, in combination with the screaming about not wanting to pay for birth control, just sets us back so many years. Men don’t whine to have their condoms paid for by insurance – and they shouldn’t be! Women’s birth control is already a covered medication on most insurance plans, so truly that is nothing to whine about anyway. Trying to get out of paying for basic hygiene products just makes us sound like a bunch of whiners. I can pay for my own supplies, thank you very much, without anyone creating legislation for it. Do you know why? Because I am a strong woman who knows how to cover those things myself. And THAT makes me more equal to men than whining does. 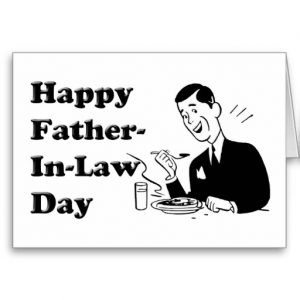 Father-in-Law Day – How many nasty and horrible mother-in-law jokes do we hear all the time? Or how many people do you know that say mean things about their mothers-in-law?  But do you hear the same thing about fathers-in-law?  Not often.  Fathers aren’t the butts of jokes, nor are they the focus of the griping.  Perhaps yours is very loving, funny and cheerful.  Or maybe he’s grumpy and intimidating.  No matter what his personality is like, or the level of his charm, today is all about your spouse’s Dad and he deserves a little recognition.  Give your father-in-law a call today and let him know how much you appreciate him. 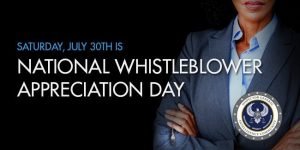 National Whistleblowers Appreciation Day – I learn something new every single day! This is really interesting! On July 30, 1778, America’s first Whistleblower Protection Law was passed unanimously by our Founding Fathers during the height of the American Revolution. We need to remember how these brave men stood up to defend those who are willing to sacrifice themselves, possibly with their very lives. By protecting those who stand up for what is right and telling the truth, we are saying that we will not tolerate lies, cover-ups and manipulations from those who are supposed to be leading us. I have been known to blow the whistle. The first time I was very young, my children were not even in school yet. I worked for someone who had a client for whom he changed the books to show fraudulent numbers for taxes. I would not have known about it, but my boss handed me two ledgers – the accurate one and the fake one – and told me a formula to use to put new numbers into the fake ledger. It was obvious that what he was asking me to do was wrong. I did it and when he left for the day I copied both sets of books and went to find myself a lawyer. This particular lawyer informed me that terrible things happen to the people who cross that particular client and attempted to get protection from the state’s attorney general for me and my family. The state wouldn’t agree without the books, and the attorney wouldn’t give them the books without the protection. I was standing quietly in the back room at his office while he spoke with them, I and heard him shredding my evidence in front of them when they wouldn’t promise to protect me.  He gave up making a big name for himself, and I will never forget it. The 2nd time I blew the whistle I was working for a church and helping out in the office and caught the pastor embezzling money from the church. Stealing is never right, but this church was very poor, and the membership gave from their hearts and I know that every penny was a sacrifice. I was horrified and so angry! I turned him over to the head organization and ultimately, he was stripped of his credentials. People who take the risk of blowing the whistle appreciate honesty and protect it at risk of their own safety sometimes.  Whistleblower protection laws are now in place to protect against workplace retaliation – though that doesn’t mean it doesn’t happen. 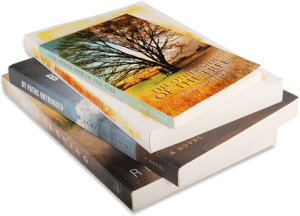 Paperback Book Day – I love to read.  I always have. While other kids were outside playing, I wanted nothing more than to curl up in the corner of the couch, under a tree, IN a tree, or wherever I could grab a little privacy with a good book and get lost in it.  I learned, since I was raised for much of my childhood in a home daycare, to tune out the world and just enter the world before me on the page.  In that book was an entire existence different from mine, where I could explore places and times I would never visit in real life.  I can still tune out the world while lost in a book – much to the annoyance of anyone attempting to get my attention.   I seriously turn off my ears and tune completely in to the characters on the pages.  Today so many people are using e-readers that I fear that real books will be lost, though I hope not. I hope that the printed page will be around forever. I do use a Kindle app on my tablet, and I admit that I use it often, but nothing will ever be as wonderful to me as sitting with a solid book, feeling the pages as they turn, and having the words always. Electronics can fail, but solid books can be with us for many, many years – if taken care of, for all our lives! 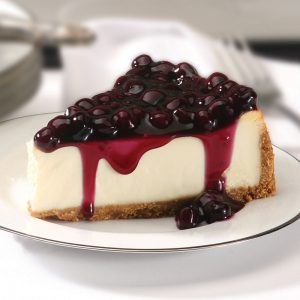 National Cheesecake Day – Is there any dessert as wonderfully rich and decadent as cheesecake?  I LOVE cheesecake.  I love to make it, I love to eat it, I love to share it with people I love.  The time and effort that go into a delicious cheesecake are well worth it, and the love that went into it shows.  Early versions of cheesecake have been recorded as far back in history as 776 B.C. when it was served to athletes during the first Olympic Games in Greece.  Back then the recipe was very likely for a simple cake that contained cheese.  Luckily as the centuries passed, cheesecake evolved into the sweet, rich, moist and amazing treat that it is today.  While I was looking this up I found out what the world’s largest cheesecake was! This is incredible . . . On January 25, 2009 in Mexico City, Mexico, Philadelphia of Kraft Foods Mexico made the largest cheesecake EVER! The gigantic cheesecake weighed 4,703 lbs, was 8 feet 2 inches in diameter and was 1 foot, 10 inches tall.  It took 55 Mexican chefs to create it.  This cake had in it: 1,764 lbs of Philadelphia cream cheese, 1,764 lbs of yogurt, 772 lbs of cookies, 551 lbs of sugar, 331 lbs of butter and 220 lbs of strawberries – along with other ingredients.  Isn’t that amazing???  I’d like to know, logistically speaking HOW they accomplished this? Not that it matters since I don’t think any of us are going to undertake something that incredible. I’m pretty sure than in my cupboard I have at least 4 normal sized spring form pans, a heart shaped one, and at least two mini-pans. I found a new one that I really want – I won’t go so far as to say I NEED it, but its close. Check out this really cool mini-cheesecake pan that will make cupcake sized cheesecakes! EEEEEE I’m pretty sure I’m closing in on “need” at this point.

National Chicken and Waffles Day – I have never had chicken and waffles as a combo, but I’ve seen it on so many episodes of Diners Drive-ins and Dives that I really want to try it! This holiday was started on July 30th, 2015 (and somehow, I’ve missed each year) by a San Francisco restaurant called Soul Groove.  They decided that they’d place this holiday right in between National Fried Chicken Day and National Waffle Day – to celebrate the best of both.  It’s too late to make this for breakfast, since Hubby is already gone for the day, but it’s one I’ll keep in my mind for a weekend! I’m not a big breakfast for dinner fan, or I’d consider it for tonight. Check out this low-carb version from www.lowcarb-ology.com. YUM! The addition of the spicy gravy just looks so good!

It is heating up outside already, time to close the windows and block out as much as I can before the sun hits the skylights and starts cooking the living room. Have a wonderful day, stay cool! God bless you and I’ll see you tomorrow!