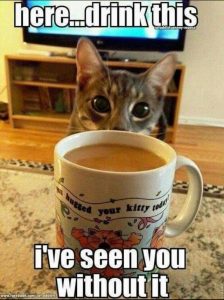 I discovered something yesterday! I LOVE using the power washer! I know, that sounds silly, but I do!  We got one a couple months ago, but we haven’t taken the time to use it until yesterday. I need to learn some balance between being too close and being too far away – and there are a few places on the deck railing that need to be repainted because of this inconsistency – but generally speaking it was so much fun.  I managed to tick off a few huge spiders in the process, which truly doesn’t phase me any since some of these were MONSTER size. Yuck.  There is still the garage side of the house to do, and I am unreasonably excited about doing the sidewalk and driveway, but I have finally found an outside chore that I enjoy! I hate yard work – though I don’t mind riding around on the lawn mower – and I detest washing the cars, but doggone pressure washing the house is fun! I know – there are moments I don’t understand myself either.

My daughter and her family got moved, I had some wonderful time with Baby R, and though I know I am going to miss them like crazy, I love that they are in a cute little house, in a decent neighborhood, where I feel like they will be safe.  Now we just need to plan our first visit!

We are God’s workmanship, created in Christ Jesus to do good works, which God prepared in advance for us to do.

The Psalmist reminded us that we are fearfully and wonderfully made, and God has something definite planned for us to do while we are here. We display his craftsmanship and skill when we intentionally live for him and not like the rest of the world.

Have you ever been faced with a situation where you can take one road, learn something new, not get everything you want, but enough to know you’ll be content, OR possibly given the option of taking a route that will poke a nice stick in the eye of those who have done you wrong?  Yeah, me too. The temptation is strong, but I think this time I’ll take the high road and go where I will be content . . . and closer to home. Wow it is tempting . . . Oh well. 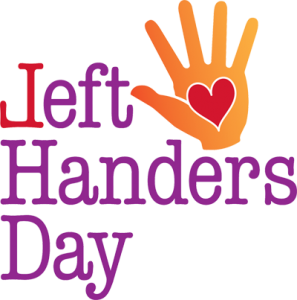 International Left-Hander’s Day – Are you a leftie?  My Dad is.  We’ve had the dinner table shuffle all of my life.  If you don’t do the shuffle properly then you end up bashing elbows with Dad while eating and he, and whoever he’s sitting next to, end up with food all over their shirts.  It becomes habit after a bit – you just automatically watch for where Dad’s elbows are at meal time. hahaha I feel bad for Left Handed people though.  Since most of the population is right handed, the world is set up for them.  When you were in school did you ever see a left-handed desk?  Not likely.  I’m not even sure if they exist.  Many left-handed items cost more than those for right handed people.  Novelty coffee mugs are made with the picture or words situated for a right handed pick-up.  Most scissors are for right handed folks, and if you don’t know the difference, then you obviously have never tried to cut left handed with right handed scissors!  Even computer mice are set up for right handed people, so the lefties just adapt and use them backwards! How frustrating!  Did you know that right-handed people operate in the left side of their brain?  Left handed people use the right side – so I’ve even heard left handed people say that they are the only ones in their right minds! hahahaha that’s funny!  I have a dear friend who is left handed, and she has the most beautiful handwriting.  It slants in that special way that only lefties can do, but with this artistic swirl to it.  Very pretty!  Here are some interesting left-handed facts and trivia for you today:

Sinistrophobia is the fear of left-handedness or things on the left side.

While many people are left handed, very few are 100% left handed. For example, many Left handers golf and bat right handed. On the other hand, there is a high percentage of righties who are 100% right-handed.

Lefties are also called “southpaws”. The term was coined in baseball to describe a left-handed pitcher.

Only about 10% of the population is left handed.

During the 1600’s people, thought left handers were witches and warlocks.

International Left Hander’s Day was first celebrated on August 13, 1976. It was started by Lefthander’s International.

It is believed that all polar bears are left handed.

Think about it: Everyone is a Left Hander in Left Hand, West Virginia. Lefthander’s Slogan: “Everyone is born right-handed. Only the greatest overcome it”. …Brilliant Author unknown 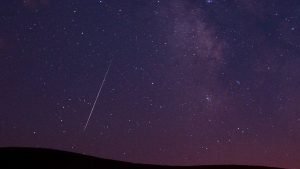 Perseid Meteor Showers – Every August we can look out into the night sky (at least when it isn’t hazy with wildfire smoke) and watch the Perseid meteor showers. I remember lying out on the lawn with the kids when they were younger and counting how many we could see before we fell asleep. This week we have the Perseid’s going on, with the maximum showers expected on the 12th, which can reach a rate of more than 60 seen per hour! That’s a LOT of shooting stars to wish upon, isn’t it? The best time for viewing is in the pre-dawn hours, since the side of the Earth closest to turning into the sun scoops up more meteors as the Earth moves through space. We haven’t had a clear night because of smoke this week, which is a shame. The showers are so beautiful.

National Filet Mignon Day – Sliced from the short portion of the tenderloin, the filet mignon — meaning petite fillet — is one of the most tender (and priciest) cuts of beef.  Personally, I’m not overly fond of it because everywhere I’ve ever seen it it’s really bloody. I don’t mind my beef slightly pink, but I’d like it to at least not be making mooing noises! Now the New York . . . but that’s a different celebration.

National Prosecco Day – I don’t think I have ever had Prosecco, but I do know I enjoy a glass of sparkling wine, so this one sounds good! Prosecco is made from a variety of grapes, with one of the oldest being the Glera. It can also be made from Chardonnay, Pino Gris and Pino Noir. It is the most sold sparkling wine in the United States and has earned its own National day by surpassing the 4-million case mark. Well, there you go! A great reason to grab a bottle of bubbly today!

It’s grocery shopping day, so I need to get myself together and out of here. My shopping days always start at the furthest away stop and work their way closer to home. I’ll be taking the cooler with me since it’s not supposed to be REALLY hot today, but it will be warm enough to require it.  Have a wonderful day! God bless you and I’ll see you tomorrow.