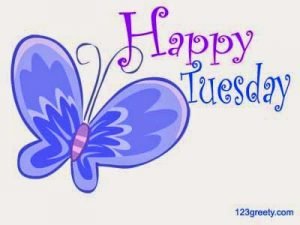 Some days just don’t start out right, do they? Yesterday a customer called the office and was really naggy. She was griping and moaning, had a mean tone of voice and was pretty much lecturing me because she overbooked her day and our crew member wasn’t at her house as early as she wanted. She lives on an island. The only bridge onto the island is being painted, which is slowing down traffic. He was running late because traffic onto, and off of, this island is horrible when the bridge is NOT being painted, so add road crews to the mix and it’s awful. I explained to her that he was about 15 minutes away. She grumpily allowed that she would wait but made sure I knew that this was a HORRIBLE imposition and she wasn’t happy about it.  Um, OK. In my head I added that I didn’t give a rip if she wasn’t happy but bottled the words up and went on with my day. Later on, something close to miraculous happened. She called back. I swallowed a groan when I saw her number on the caller ID. And then it happened. She’d called to apologize to me for treating me that way, and said she had no excuse, and that she hoped I’d accept her apology.  I told her of course I would accept it, she thanked me, and we hung up.  Now, I have had apologies that were even more incredible than this one, but that’s a very long story and would take awhile to explain, but this one really put me into a good mood because generally speaking I feel that not many good and decent people live on that island. They are mostly, in my personal experience, nose in the air, stuck on themselves, elitists who can’t be bothered to be nice to those who do not live on the island. She restored a bit of faith in people, that even the most grouchy folks can be contrite, and do the right thing. As uncharitable as it sounds, I can’t help but think she must not have been raised on the island, but you’d have to meet some of these folks to really understand what I mean. This is the bright spot I celebrated yesterday . . . and root beer floats of course. We had to have one of those on a warm day.

May the LORD, the God of the spirits of all mankind, appoint a man over this community to go out and come in before them, one who will lead them out and bring them in, so the LORD’s people will not be like sheep without a shepherd.

Wow! For any city, county, or country electing new leadership, or church selecting elders or ministers, what greater prayer could there be?

German Chocolate Cake Day – In spite of the name of this delicious dessert, it didn’t originate in Germany.  Nope, this cake got its start in 1852 when an American, Sam German, made a type of dark baking chocolate for the American Baker’s Chocolate Company.  It was named Baker’s German Sweet Chocolate in his honor.  More than 100 years later in the year 1957, a recipe for “German’s Chocolate Cake” was featured as the Recipe of the Day in the Dallas Morning Star. It was very popular in a short time.  Other newspaper picked up the recipe and distributed it, and over time the ‘s was dropped to make it German Chocolate Cake.  Oh great. Now I’m hungry for German Chocolate Cake, which just happens to be one of my favorites.

National Cotton Candy Day – Hm . . . one of my main sources for daily celebrations says that today is National Cotton Candy Day.  The other sites say December 7th is the day.  Today makes more sense to me, but I cannot find any confirmation anywhere.  I can say, I do love cotton candy.  I haven’t had it in years, but it sounds yummy!

This has been short and sweet, and now I’m ready to get on with my day! God bless you and I’ll see you soon.