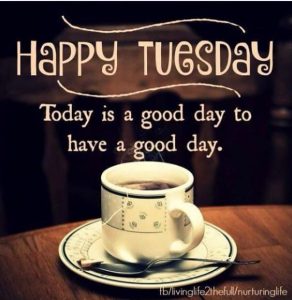 Well, I made it through my first day of work without any issues!  Learning a new job in a new industry is a lot like learning a foreign language. I want to get in there, know everything immediately and dig right in – but I can’t. I don’t know the lingo, I don’t know the software and it feels a bit like being thrown into the deep end of the pool with weights on my ankles. It isn’t like this isn’t something I have been through before, because I have. I started working in administrative related positions many years ago. I knew nothing about the timber industry when I went to work for Weyerhauser, or feathers when I went to work as a QA tech in a feather factory laboratory. Though I had been a chiropractic patient, it took time to learn the language to manage clinics, and I cried at night for several weeks when I went to work in the moving industry. There is always going to be learning curve with any new job and it isn’t going to be any different now. All I can do is my best and move forward from there, right?

Jesus answered, “The work of God is this: To believe in the one he has sent.”

Do you believe in Jesus? Do you really believe? Shortly after Max Lucado came back from his mission work in Rio, Brazil, he shared with a group of his closest friends that his theology was pretty simple. He didn’t have a handle on a lot of the big difficult theological problems that divide folks. But Max said he came to the firm and deep conviction that God loves us and he showed that love by really sending Jesus to live among us, to die for us, and to be raised from the dead so that we could be raised from death, too. This is the work of God — amazingly simple and awesomely powerful.

After just spending time with my 4-year-old granddaughter this past week and getting a bit of time with my nearly 2-year-old grandson, my heart just about broke yesterday when I read the message from a friend that her daughter gave birth to their very much loved and anticipated baby girl at 37 weeks, but the baby was stillborn. I cannot even begin to fathom the pain, the loss, the hurt and the confusion. The doctors have no explanation for why it happened – everything had been fine up to that point. It makes me want to grab my babies and hold them close – we do not ever know what tomorrow brings for us or for the ones we love. Let go of the negatives and grab on to the positives, love them with all you, and appreciate every moment and memory you can. 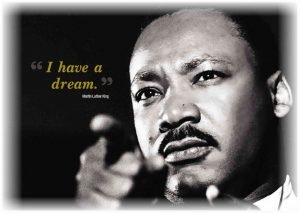 Dream Day – On this day in 1963, Dr. Martin Luther King, Jr. delivered his “I Have a Dream” speech at the Lincoln Memorial in Washington DC.  This is considered to be one of the greatest political speeches of all time. Dr. King’s words inspired peace and hope in the hearts of civil rights activists around the world.  I have to submit, and this is my personal opinion, that Dr. King would have been HORRIFIED at the changes in our nation today.  He was a Republican, who believed in freedom for all to follow the American dream to be equal and pursue our lives and dreams in any way we could.  If he could see how far we have fallen in the last few years he would be rolling over in his grave.  His dream was sound, his vision was clear, his hope was in everyone to stop hating based on color – all people, not just black people, not just white people, but ALL people.  Racism has reared its ugliness across our nation at an ever-increasing rate in the last 9 years – it’s so sad and absolutely frightening.  People are screaming racism at every imaginable thing, and supposedly it is only Caucasians who are capable of prejudice – at least that’s what the media and the screaming, gnashing masses on the left would have us believe.  Let me make this clear . . . racism is not isolated to any one color or another.  Anyone is capable of being a racist, no matter what their skin color.  I don’t care if someone is blue with purple dots, if they hate someone because they AREN’T blue with purple dots, then that makes them a racist.  All of these black on white crimes that are being swept under the rug, while white on black crime is being screamed about everywhere.  THIS is precisely what Dr. King was trying to eliminate – ANY hate based on ANY color of ANYONE!  Get a grip people.  See past the skin to the person under it.  God does – why can’t we? 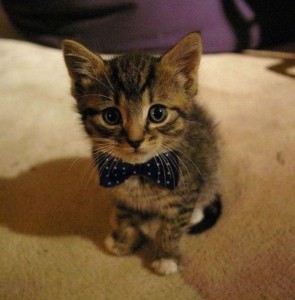 National Bow Tie Day – Today is the day for anyone who loves wearing a bow tie.  It takes a very special sense of style and confidence to wear a bow tie, and today people who wear them all over the world will be wearing them in celebration.  Did you know that there is a world record for fastest speed tying a bow tie?  I didn’t either!  Dhani Jones, former University of Michigan and NFL linebacker, holds the Record Setter World Record for bow tying – set as part of a fundraiser for young adults with cancer.  He tied a bow tie in just 13.59 seconds!  That’s fast!  If you do wear a bow tie, or perhaps know someone who does, well, you (or they) are in good company! Here are a few names of celebrities known for wearing a bow tie:   * Winston Churchill – This British statesman inspired the Blenheim, a navy bow tie with white polka dots named for his birthplace. * Pee-Wee Herman – Actor Paul Reubens is best known for his comic character Pee-Wee Herman, who always wore the same outfit which included a red bow tie. * Donald Duck – This lovable Disney cartoon character also wore a bow tie, along with one of his best Disney buds, Mickey Mouse.

I used to have a math teacher who wore a bow tie.  Sadly, the kids in my class, actually the whole school, called him Elmer Fudd.  He really did bear a striking resemblance to Elmer – no hair and always wearing a bow tie. Kids can be so cruel. Of course, in retrospect and with the knowledge of an adult, he also dropped his pencil near girls with skirts on, so he could look up them.  Maybe he deserved to be made fun of – he was apparently a pervert and we weren’t to a point where these things were reported and taken seriously at the time. 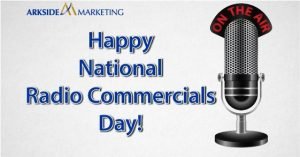 Radio Commercials Day – I have a personal pet peeve with a lot of radio commercials.  Well, OK . . . it’s not just radio commercials . . . TV commercials bug me too.  The worst offender?  The Progressive commercials featuring Flo and her horrible, off key singing, the IQ insulting lyrics and the brain cell killing banter.  It makes me NUTS every time one comes on and I instantly turn down the radio at work, so I don’t have to listen to it.  A lot of commercials irritate me, but those are the worst.  So . . . when did the first radio commercial air?  In 1922 the very first one ever was broadcast by Queensboro Realty.  It lasted 10 entire minutes and cost just $100.  Thankfully radio commercials are now much shorter, but they certainly aren’t cheaper!  In 2011, more than $17 billion was spent on radio advertising in the United States alone.   That’s a lot of money, for a lot of commercials, most of which should have gotten the ad execs fired.  But that’s just my personal opinion. 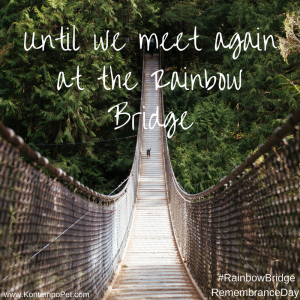 Rainbow Bridge Remembrance Day – Not a day goes by that we don’t miss our Tibbi Girl or my Pepsi Kitty. The day they crossed the Rainbow Bridge were horrible, awful days and ones that I will mourn forever. The death of a pet is a deep loss, one that we feel forever. Mourning the loss is an individual thing and this day helps provide a way to help heal that loss. Today look at pictures and remember the happy times with your furbaby that was lost. If you are ready, maybe it’s time to adopt a new baby and give them a happy, caring home. So many pets do not get that and every one of them deserves it. 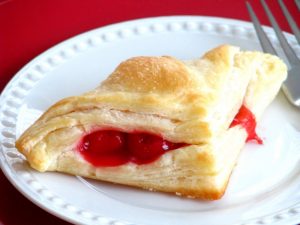 National Cherry Turnover Day – I copied and pasted this from www.thenibble.com. They went to a lot of work for this information about cherry turnovers, so I figured I’d pass along that knowledge to you. Check them out sometime. They have a great food calendar, all sorts of fun recipes, and some incredible historical knowledge about food. I know that takes a lot of work to put together, so good job www.thenibble.com !

Most people have never had a fresh cherry turnover. We make this statement categorically, because turnovers are not a commonly-found or -made food; and fresh cherries are ephemeral. Add these facts together, and the sum is that the cherry turnovers you’re likely to encounter are made with frozen cherries or cherry pie filling. So today, buck tradition and make cherry turnovers. The cherries are waiting for you in the produce section; and the cream cheese pastry pocket is so delicious, you’ll want to use this as your signature turnover recipe, with seasonal fruits. Seasonal Variations Summer Fruit: berries, figs and stone fruits in (a magical combo with the cream cheese dough) Fall/Winter Fruit: apple, banana, blood orange, pear, pumpkin/squash and quince turnovers in the fall and winter Spring Fruit: kumquat, rhubarb and strawberry turnovers We adapted this recipe from one in Country Living. When you taste your first batch, there’s a good chance you’ll be back at the store for more cherries and cream cheese. You can leave out the crystallized ginger if you’re not a ginger fan, but it’s a wow factor.

The concept of cooking fruits and meats in pastry is thousands of years old. Given the lack of bakeware at the time—especially among the less affluent—it is easy to envision cooks of ancient eras filling squares of dough with whatever, folding the dough to seal the filling, and baking them in the fireplace. Turnovers can be sweet or savory and can be folded into half-moons, rectangles, squares or triangles. Savory varieties are often used as a portable meal, as Americans grab a sandwich (think around the globe, from calzones to dosas to empanadas to spanakopita). In England, printed recipes start to appear around 1750. But given the paucity of printed cookbooks (and the literacy level of the general public), they may have been popular for centuries. Add to that a challenge: Turnovers were often called apple pies (apple being the most popular and widely available fruit filling). Sweet turnovers typically have a fruit filling and are made with a puff pastry or shortcrust pastry dough. Savory turnovers generally contain meat and/or vegetables and can be made with any sort of dough, although a kneaded yeast dough seems to be the most common in Western recipes. Turnovers are usually baked but may be fried. Savory turnovers are often sold as convenience foods in supermarkets.

That time has come again! It’s off to work I go! God bless you and I’ll see you tomorrow.