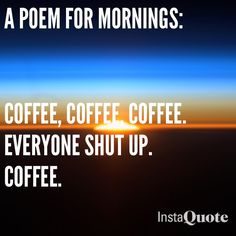 I am not yet used to getting up to go to work on Wednesdays.  After 13 years of being off on Wednesdays I find myself protesting the effort of dragging myself out of bed. It’s more than OK when I consider that I now get three-day weekends.  It’s a brief rebellion, but it’s still there until I get fully used to this new schedule.

Hubby found two matching brand-new recliner/rocker/spinning easy chairs with heat and massage in them for an awesome deal. We went to pick them up and as I sit here writing this I am getting a mini-massage. Granted it’s not as awesome as the fancy chairs worth thousands of dollars, or getting a massage from an awesome massage therapist, but I am not going to complain!

Rejoice in the Lord always. I will say it again, Rejoice!

Joy is found in the Lord, not in things. Joy is found in knowing that he always accompanies, sustains, helps, protects, and upholds me. How can I not rejoice? God loves me so much that he emptied heaven of his greatest treasure so that I could join him in glory. Joy is mine because of his grace.

Do you ever wonder how many people are in prison and serving a life sentence, or have been sentenced to death, based on a lie by the supposed victim? I read a story yesterday that a man was convicted of a horrible crime against a minor based on the testimony of the “victim” that the man had shot and killed her dog in front of her to get her to comply. Turns out, after he was sentenced to 50 years in prison, that the dog was not dead at all, but given to new owners and living in a different part of their state. Investigators, on behalf of the man, tracked down the dog, the case was re-opened and subsequently dropped. WHY would anyone DO that? Now, the judge did not declare this man to be innocent but based on the fact that a portion of the victim’s testimony was clearly a lie, it shed doubt on everything she said. Was justice served? I don’t know. I don’t know if this man committed the crime against this woman or not. What I DO know is that if a victim has to make up such a horrible thing to cement a conviction for what is already a horrible crime, there’s something drastically wrong somewhere.

National Day of Encouragement – Every year since 2007 we have celebrated this one, intended to uplift the people around us and make a positive impact. Celebrating this one is easy – well, for some people it will e.  We can encourage others, give them reassurance and in some cases, inspire them.  Try to encourage at least 3 people today, perhaps by telling them they are doing a great job, perhaps get in touch with someone you haven’t spoken to for a long time, or even just give a sincere smile to someone you pass on the street.  (I said sincere smile, not a creepy, I’m up to something smile. There is a difference!)

National Police Woman’s Day – This celebration is fairly new . . . and I somehow missed it the first two years. It is dedicated to all female police officers.  Marie Owens was most likely the first police woman in the United States and was hired by the Chicago Police Department in 1891.  Police Matrons had worked in the prisons before this time, but they didn’t have any authority to arrest criminals as Marie Owens did.  Something I thought was a bit interesting was that even though Marie Owens was the 1st police woman hired in this country, she wasn’t born in this country.  The first American born female police officer in our country was Alice Wells, hired by the Los Angeles police department in 1910.  Today about 10 percent of the police force in the United States is women.  I have to give them credit, because it’s not a job I would like to have.

National Chocolate Milkshake Day – Well, yum!  Chocolate milkshakes are my favorite.  Vanilla is a close second.  There’s just something about a thick, rich chocolate milkshake that hits the spot though.  If you add malt powder to it, that’s even better!  There’s a 50’s style diner not far from where I live that I would take my kids to for a birthday treat.  Their milkshakes are HUGE!  They make them in those giant silver shake glasses, then pour them into a soda glass like the one pictured, top them with whipped cream and cherries, and bring you not only the milkshake but the silver container that is still half full of milkshake!  That’s a LOT of shake and plenty for two – of course the kids always wanted their own.  Of course, milkshakes are getting quite expensive out in restaurants, but they are so simple to make at home, why bother going out to get one?  Simply combine a little milk with some chocolate ice cream, add a little extra chocolate syrup and mix it in the blender.  Easy!  If you have your milkshake with a side of fries to dip into the milkshake (hey! don’t knock it til you’ve tried it! Perfect combo of salty and sweet) If you’re on a diet, consider using fat free frozen yogurt instead of ice cream – every little caloric savings helps!  Now here’s something I didn’t know until today – did you know that when milkshakes were first invented in 1885 that they also included whiskey?  Makes me wonder if that’s what contributed to their popularity!

Have a wonderful Wednesday. I think I’ll likely yawn my way through it, but heck, I can do it! Thursday is my Friday and that’s a great thing!  God bless you and I’ll see you tomorrow.