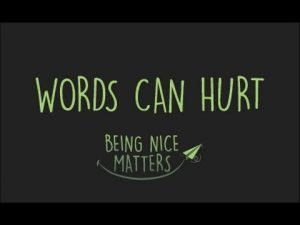 Every single one of us looks into the mirror every single morning and has something about ourselves that we probably don’t like.  Anyone who says they love absolutely everything about themselves is very likely lying or an extreme narcissist. Of the people who find self-fault, I would venture a guess that most are women. We learn very young that anything less than perfection just isn’t good enough.  We see it in movies, on TV, in magazines, and as we grow up in school. Pretty girls who have svelte figures are popular, and larger girls are not. At least not unless that larger girl has an incredible personality, and even then, she will be everyone’s friend, and not often the girlfriend. To some degree the same goes for boys.  My son struggled with weight between the ages of 10 and about 17. He was smart, funny, cute, but he was “fluffy”. He wasn’t an over eater, on the contrary, for the most part we ate pretty healthfully.  We discovered around age 13 that he had a sensitivity to dairy and wheat (this was before gluten free was a thing), took him off of milk and wheat products and he began to lose weight.  Once in the friend zone though, pretty much always in the friend zone.  On the other end of that spectrum from the large kids, are the ultra-skinny/bony kids.  I was one of those.  I had pointy elbows and knees and I didn’t really need a bra until I was nearly 16. Oh, I had one, but I didn’t really NEED one.  I was teased almost as mercilessly as the big kids, with boys taunting me that you couldn’t tell if I was a girl or a boy coming or going because I was so flat chested. Sure, it hurt, but I knew those boys were just being jerks and I didn’t like them anyway.

When I was 18-years old I was dating my ex-husband, and I ended up in the situation that many teenage kids find themselves in, I was pregnant. Having the baby wasn’t ever a question. I have always believed, and I will always believe, the truth that life begins at conception and I knew my baby was a gift from God. Somehow, even though I wasn’t behaving in a way God wanted me to, He blessed me with the most amazing baby girl. Throughout the pregnancy process, because I was so incredibly thin (117 lbs at 5’9” tall), the doctors were afraid that maybe I was anorexic, so they encouraged me to eat everything and anything I wanted. I already ate quite a bit. In fact, my appetite was very healthy. Anyone who has ever been pregnant and started shoveling in Reese’s Peanut Butter Cups, gallons of milk and anything else their hearts desired know what I found out. You can go from 117 lbs in month 5 of the pregnancy to 165 lbs at full term in what seems like no time at all.  From thin to beach ball (not beach body – beach ball) in 4 quick months. And that, my friends, is where my battle against my weight began.

In the early years it wasn’t too bad.  I fluctuated from 150 lbs to 165 lbs from that point through a pregnancy that ended in miscarriage and to the birth of my son. Along came diet soda, and the weight issues just got worse. I was allergic to the chemicals – which so many are and don’t realize it – which are already bad for anyone and damaged my metabolic system. For the first time I had an ample chest and quite enjoyed that I not only needed a bra, I had actual cleavage.  Only girls who started out flat chested will appreciate this little benefit to putting on weight. The problem was that I gain weight everywhere, so I don’t just have a big chest, but a big tummy, big bottom, big arms, big thighs and a moon-pie face. Everything I tried, ended in failure, or worse, weight loss followed by gaining it back, and when it came back, it brought friends. Darn it. Eventually my thyroid jumped into the game to make things more interesting, and even more challenging. When that wasn’t bad enough, perimenopause decided that this party was so much fun that it would jump in too! Oh, we are really having a good time now, right? No, we really aren’t.

What I am going to say right now will not be a revelation to the people of the world who are proportioned generously, but maybe it will mean something to those who aren’t. Words hurt. They cut deeply, and they leave scars. I have been called fat by many people, people who do not know me, and people who do. I have had children tell my son “your mom is fat”, and my son, being young at the time, did not know how to respond. My son was called fat by his peers, and even by an unfeeling family member. I have been called fat – using that exact word – by my OBGYN when I had my son. She was also on the larger size, but I suppose that didn’t matter because she wasn’t pregnant at the time. My own granddaughter revealed to me something that perhaps she thought I did not know, that I am fat. Do I think she did it to be mean? No. Of course not. She’s 5-years old. It was a statement of fact. It cut me deeply though, and I did go into the other room and I cried a bit. I’m not going to lie.  I have had people look into my grocery cart at the store and actually say out loud – wow, there isn’t any junk food in there. They’d look at me and back at the cart and shake their heads like they just didn’t understand.  I AM RIGHT HERE AND I CAN HEAR YOU!  This may be something that the skinny don’t know, but anyone who is fat knows that they are fat. It is not a secret. We are not delusional. Most of us do not want to be fat, and work hard at trying not to be, but due to some weird medical issue are anyway. Some people don’t mind being fat, and some have just gotten sick of trying and have given up. Some people may not have any nutritional knowledge or have fallen into the lies that low-fat/high carb is the way to live, but that’s just not true. Perhaps some cannot afford the more expensive choices, since eating healthy is more expensive.

Lately there has been a push for fat acceptance, which honestly is not healthy either. People who are on the band wagon to accept ourselves the way we are, to not bother getting healthy, to not bother trying to lose weight, to not bother to make better choices, and honestly there are even a percentage of them who are pushing people to stay fat, and to even become MORE fat. This is not OK! It’s not! Being overweight comes with so many horrible health related illnesses and death that this is NOT something to promote! Should we love who we are, while trying to do better? Of course. This doesn’t translate directly into staying fat and getting more fat and bullying other people to get and stay fat too.

Now for my point to all of this – shaming people about anything that is different about them is wrong. Being cruel to people because of the color of their skin, any disability they have, or yes, even their size, is WRONG. People who are disgusted by someone who is overweight are small minded and petty. People who think that it is OK to be mean to them or about them, are pathetic. I have shed tears, I remember my son shedding tears, I know others who have shed tears. Words HURT! Seeing the disgust on someone’s face, knowing it is about how we look, that HURTS! It seems that in this day and age that there are two things it are still acceptable to shame people over – being a Christian or being fat. Why would anyone think that it is good to do this to anyone?

So, what do we do about it? We put a stop to it when we see or hear someone doing this. We teach our children from a very young age that people come in all shapes, sizes, colors and with different abilities.  We teach our children to be blind to how someone appears, and to decide their opinion on people based on their behavior and actions.  I have no idea where my precious granddaughter may have heard someone making comments about fat people. Children are sponges – they pick things up from other kids, TV, movies, school, and from their own observations. I know that she loves me, I know this as surely as I know I am breathing air. That has never been a question. But now I also know that when she looks at me, she sees her Gramma, but she sees someone who is fat also. This is something I have not been able to fix.  I have been to multiple doctors and I have tried so many things. I have exercised to exhaustion, cut my calories to nearly starvation, and gained weight.  I tried just about every diet/eating program known and gained weight. I have done extreme plans, just to lose weight, and gain it back again.  All I can do is do what I have been, eat as healthfully as I can, get moderate exercise, drink my water and do the best I can to accept who I am, while striving to be healthier.

In the meantime, tell anyone eyeing your shopping cart to mind their business. Be gentle with the children because they truly mean no harm. Adults who say or behave in a cruel manner not only mean harm, they take glee from it. They don’t care, by their very actions and words, that they are hurting another human being by their careless jabs, sideways looks and disgusted facial expressions.  Words hurt. They cause scars. I carry those scars and though they may fade, they will never disappear completely. Something to think about before you open your mouth to show the world just how much of a dumbass you can be.

God bless you and I’ll see you next time.

2 thoughts on “Special Edition: Words Hurt, So for Goodness Sake, Be Nice!”