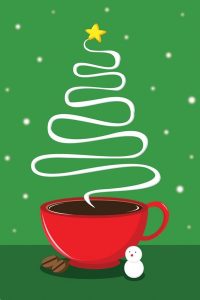 I have been missing in action this weekend, and not because I have been having a good time, as we anticipated. Nope, I have been sicker than I have been in a very long time.  Rather than having Christmas fun with my family, I was busy working off what I am guessing was food poisoning, based on my symptoms, and the lack of others. Saturday is a painful blur, and Sunday was spent resting and recovering. Getting up to go to work is mentally painful!  Because I am writing this right before bed on Sunday night, I am just going to share Christmas Traditions, and try to get back to a schedule tomorrow.

We are all familiar with our own Christmas traditions, but what fun stuff are we missing that other countries do to make THEIR celebrations special?  Well, children here write to Santa Claus, and wait with excitement for him to deliver their gifts, but in other places they may be waiting for Saint Nicholas, Father Christmas, The Three Kings or even a Fairy Queen. This is worth looking into!

If you were raised in France, on Christmas Eve you would put empty shoes on the doorstep or by the fireplace, because it is said that the Christ Child will come during the night to put gifts in them.  In England Father Christmas sneaks quietly into the house and fills the children’s stockings with gifts.  In the Netherlands the children put hay and sugar inside of a shoe on the night before Saint Nicholas Day.  Saint Nicholas’ horse eats the hay and sugar when they get there, and after the horse eats Saint Nicholas fills the shoes with candy and tiny gifts.  Now, in Spain you put straw in your shoes and the camels of the Three Kings will eat the straw.  They will pass by the house and leave gifts on Epiphany, twelve nights after Christmas.  In Italy you get your gifts in a large jar that is called the Urn of Fate.  A Fairy Queen flies down the chimney and fills each jar with gifts and goodies on Epiphany, instead of on Christmas.  An interesting side note about Italy – it was in Italy that the nativity scene became popular and spread through the Alps, eventually making its way to the United States with German pioneers.  And speaking of Germany . . . At Christmas they get gifts from a girl called Christkind.  She wears a crown of candles and carries a basket full of gifts for the children.  A twist on that story is that a dreadful demon called Hans Trapp goes with Christkind to deliver the gifts, but before she gives any gifts, Hans Trapp waves a stick to threaten the naughty children.  In Sweden children wait to hear a thump on the front door and wake up to find gifts – it is the old man and woman who go about on the night before Christmas throwing gifts inside the children’s front doors.  Nobody in Sweden has ever found out who they were.  In other parts of Europe at Christmas time you might get a gift from a ferocious looking man with a soot covered face.  It’ll be Knight Ruprecht passing out gifts as he travels with Saint Nicholas.  Wow, these are all so different . . . how fun!

My tummy and throat are both still very tender after the weekend’s food assault on my system. Though I was holding down food yesterday, anything even slightly heavy made me feel icky. I’m thinking I need to start all over again, more slowly, maybe with some chicken broth this time. It will probably be more gentle on my system. Last night’s attempt at a hamburger wasn’t my best thought out plan.

Have a wonderful Monday! God bless you and I’ll see you tomorrow.