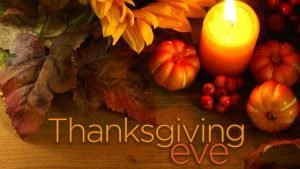 As you all know, life with the new job has been a little hectic, at least during this phase of training. I am really hoping that once I know what I am doing, and am more comfortable with it all, that I will have more energy in the evenings and not be so mentally spent that I keep falling asleep right after dinner.

Rather than posting the silly holidays today, I’m going to share a brief history of Thanksgiving with you, and just wish everyone a blessed Thanksgiving.  We aren’t having a traditional Thanksgiving this year, choosing to relax and do quiet things on our own, since I didn’t have vacation time to allow me stay home and pre-prep the full feast. Next year I am sure we will be back to business as usual.  We found a Christmas Tree Farm that is open on Thanksgiving Day, so we’ll be heading out to get our tree while everyone else is having their feast. Who knows? It may become a new holiday tradition?!

A Brief History of Thanksgiving

Most of us, at least those of us who were taught history before it was revised to be politically correct, learned that the first Thanksgiving was when the Pilgrims and the Native Americans came together to celebrate harvest. This was in 1621, at some point between September 21st and November 11th, and lasted for three days.  They ate deer, fowl, berries, fish, clams, plums and boiled pumpkin – at least that’s part of it. I’m sure there was more, but that’s the basics of what we learned.

The Thanksgiving celebration we have now is loosely based on the feast of 1621, but it did not become an annual event for quite some time.  There were similar feasts now and again, but usually as a result of the end of a drought, victory in battle, or after a good harvest.  It wasn’t until October of 1777 that all thirteen colonies celebrated, with the first Nationally acclaimed day of Thanksgiving being held in 1789 when President Washington declared Thursday, November 26 to be “a day of public thanksgiving and prayer,” especially, to give thanks for the chance to form a new nation and for the establishment of a new constitution.  Even with this declaration though, it didn’t catch on annually right away.

The modern idea of Thanksgiving came about because of a woman by the name of Sarah Joseph Hale. She was the editor of “Godey’s Lady’s Book”, author of the famous nursery rhyme “Mary Had a Little Lamb” and spent 40 years of her life advocating for a national, annual Thanksgiving holiday. Now THAT is dedication! In the years leading up to the Civil War, she felt the holiday was a way to bring hope and belief in the nation and the Constitution, so when the United States was torn in half by the war, and President Lincoln was seeking a way to bring everyone together, he had a conversation with Sarah Hale.  Because of that conversation, on October 3, 1963, Lincoln issued a Thanksgiving proclamation declaring the last Thursday in November, based on the date George Washington set) to be a day of thanksgiving and praise. For the first time, it was a national, annual holiday, with a set date.

For the 75 years that followed President Lincoln’s proclamation, succeeding presidents honored the tradition, until President Franklin D. Roosevelt in 1939.  He had quite a bit on his mind at that time. The world had been suffering from the Great Depression for 10 years, and WWII had just erupted in Europe. The U.S. economy looked bleak for the foreseeable future. In the year of 1939, the last Thursday of November was on the 30th, which was a problem for retailers, since there were only 24 shopping days until Christmas. They begged FDR to push Thanksgiving back one week earlier, since it had been determined that most people do their Christmas shopping after Thanksgiving and the retailers hoped that with an extra week of shopping people would buy more.  So, FDR made his own Thanksgiving Proclamation in 1939, declaring that the date of Thanksgiving would now be the 2nd to last Thursday of the month.

This new date caused quite a bit of confusion. The calendars were now wrong, schools had planned vacations and tests had to be rescheduled. Thanksgiving had been a big day for football games, as it is today, so the game scheduled had to be looked at, so changes could be made. FDR’s political opponents, and many others, questioned his right to change the holiday. They felt that changing a holiday to appease businesses wasn’t a good enough reason for the change. The mayor of Atlantic City even derogatorily called it “Franksgiving” that year.  Since most governors in many states did not agree with the decision to change the date, they refused to follow suit, so the country became split as to which Thanksgiving Day they should observe. Twenty-three states followed the change FDR made and declared Thanksgiving to be November 23rd (the 2nd to last Thursday that year). Twenty-three other states disagreed and kept the traditional date, and two states, Colorado and Texas, decided to honor both dates. This still leaves the question, did the change of date work and help with retail sales? No, it didn’t. Businesses reported that the spending was about the same.  In 1940, once again FDR declared Thanksgiving to be the 2nd to last Thursday of the month. This time 31 states followed him, and 17 kept the traditional date, and the confusion continued.

So, Lincoln established the Thanksgiving holiday to bring everyone together, but now confusion over the date change was tearing them apart again. On December 26, 1941, Congress passed a law that declared Thanksgiving would happen every year on the 4th Thursday of November. Problem solved.

Here is a personal observation, based on a video I saw of interviews being doing on a college campus this week, during which the interviewer asked people if they thought we, as a nation, should be celebrating Thanksgiving. The idiocy that began spewing out of the mouths of the idiot liberals was mind numbing. Seriously, people CRACK A BOOK! AN OLDER BOOK, A BOOK THAT TELLS THE REAL HISTORY OF THANKSGIVING! For the love of everything holy, these people are stupid. No, Thanksgiving is not celebrated because the white people were killing Indians. No, the holiday is not a racist holiday. The pilgrims watched more than half of their numbers die on the long trip across the ocean. They got here and didn’t know how to farm. The land was different than anything they were used to, and they were dying in great numbers. They were hungry, and weak, and woefully unprepared for life in this new land. They survived because of a Native named Squanto (Real name Tisquantum), who had been sold into slavery by an English explorer to a buyer in Spain. Squanto escaped and made his way back to the Patuxet region, where he became a guide and interpreter for the settlers. These people lived because of Squanto, and they were very grateful for him! They included him in their Thanksgiving feast and welcomed his friends. This couldn’t be further from racist or genocidal! I’m not saying that there were atrocities done to many Native Indians, but this celebration isn’t about that at all. Not even close. Stupidity and revisionist history are ruining our nation, and this story is a perfect example of that.

Celebrate, please. Teach your children what this day is about, and what it is not about. Mostly, celebrate true history and just say no to the nonsense from the left.

Be safe on your travels, may you celebrate every moment with a grateful heart. God bless you and I hope to see you soon.