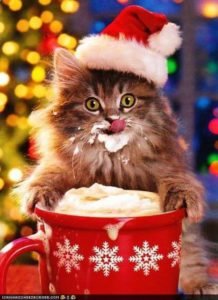 Wow, yesterday went fast, but at the same time slow. I know that doesn’t make a bit of sense, does it? It was difficult to wake up, because my body is very tired from being sick over the weekend. The early morning made the day feel long. Once I got to work and got busy, it FLEW by, but because we were so busy, and even though I skipped lunch and opted to sip at a cup of bone broth instead so I could leave a little early, I didn’t. I was there right up until 5:00 – well, I was there until 4:45, but didn’t get finished at the post office at 5:00, so I was still working. Thankfully I was able to come straight home, get started on dinner and race around to do a few things before I sat down for the evening, yawning my head off the whole time.  I ate a real meal, the first full meal since Friday night, and even though I didn’t eat much, I feel overly, uncomfortably full. I guess that happens after you’ve spent the past 48 hours getting rid of all excess fuel from the system. I’m going to whip this out and get myself going.

Do not be yoked together with unbelievers. For what do righteousness and wickedness have in common? Or what fellowship can light have with darkness?

There is probably no other Scripture that has produced more conflict for ministers than this one. While not applying just to marriage, this verse is a powerful reminder that when we make life-long partnerships with those who do not share our deepest values, we are endangering our spiritual health. Just as God would not allow the Israelites under the Law to yoke a donkey and an ox together because it would ultimately break them both down, Paul reminds Christians that the same is true in their deepest relationships as well.

Do you put a wreath on your door at Christmas time? Or maybe over the fireplace?  If we take a look around wherever we go – in town, on homes, or even on the front of cars or buses – we see wreathes, or maybe swags.  Wreathes are beautiful and fragrant and each year I pick one out and hang it on the door.  I put a few little ornaments on it, and hang a strand of lights on it, and it hangs there happy and beautiful for the entire season.  I never paused to wonder why we decorate with them though, did you?  The truth is that the history of the wreath is a few thousand years old, back to even before the Roman Empire, though it was during that great period that history really noticed them. 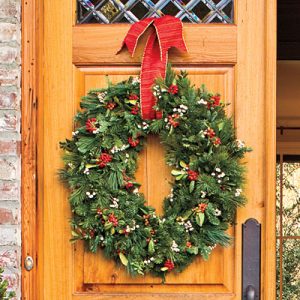 They weren’t the same kind of wreathes that we have today, but of course like everything, change happens.  It was common at that time, when recognizing a victor of a game, a war or a political challenge, to put a wreath on the head.  The wreath could be made of gold or silver, or even flowers and leaves.  It was a sign to honor the person who wore it.  Over time the wreath became a symbol of completeness.  A never-ending circle represents eternity, so it isn’t very surprising that the wreath was incorporated with Christmas to symbolize the eternal love God showed to us by sending us His son.  We use evergreens for the most part because they are always beautiful and fresh all year round, and their fragrance reminds us of fires, hot cocoa and all things related to the holiday.  To Christians, the Christmas season was a time to rejoice the birth of their Savior, and to proclaim His eternal promises, so the evergreen wreath was the perfect symbol of this.  By shaping the evergreen boughs into a circle that never ended, that message is shown two ways, by the evergreen AND the circle.  Today we see wreathes made out of many items besides greens – glass ornaments, wine corks, pine cones and even bark.  The symbol of eternal life is still always clear through the circle shape.  As you look around at all of the wreathes everywhere feel the assurance the symbol is meant to bring.  There is such amazing promise proclaimed in every single one – the promise that began with the birth of a baby in the most simple of all surroundings, the promise that still holds true today, tomorrow and for all eternity. 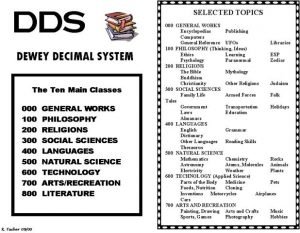 Dewey Decimal System Day – Do libraries even USE this system anymore?  I know when I was in school, we had to learn it, but I’m not even sure if they do that now.  So, for those of you who have never used the Dewey Decimal System, here is what it is . . . It is a library classification system that was first published by Melvil Dewey in 1876.  It has been revised and expanded through 23 editions, with the latest issued in 2011.  I guess that answers my question on if it is still used!  It is a location system using three-digit Arabic numerals for main classifications of books, using decimals to expand it out to give more detail.  This system makes it easy to locate any particular book in a library and return it to its proper place on the shelves.  The system is used in 200,000 libraries in at least 135 countries. 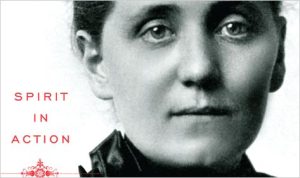 Jane Addams Day – Who was Jane Addams, and why does she hold an important place in our history?  She was a role model for women and a feminist before anyone was called one.  She did it the right way though – not out of a motivation to control anyone, or to reduce men’s importance in our lives, but to bolster up women who needed help.  She started the settlement house named Hull House in 1889, which provided health care, day care and other services to poor people in the neighborhood.  She started her work for justice and equality not long after she graduated from Rockford College.  She created many programs for Hull House – nurseries, college courses, art classes and sports teams for people of all beliefs and ethnicities.  During the 1890’s, Hull-House gained national and international fame as a radical, innovative, successful institution and Jane became known for a leader who was changing things in the nation.  Amazing how change can be brought about in a good way – like Jane did – and in a bad one – as our current administration has done.  The differences are mind boggling, aren’t they?  She wanted America to respond to the terrible ills of industrial development – ills that included child labor, infant mortality, urban crowding and unsanitary conditions, unsafe workhouses, juvenile delinquency, unemployment and poverty wages.  Sounds like some social issues don’t really change, doesn’t it?  Her efforts led to Illinois’ first child labor law, the first eight-hour workday law for women, and the first juvenile court.  She championed women’s right to vote, and devoted her life to causes of peace, freedom and justice.  Sounds like we need more people like her in the world today! 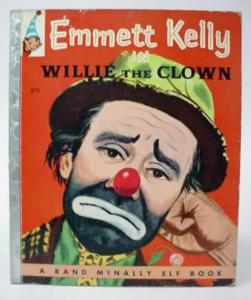 Weary Willie Day – Today is the birthday of Emmett “Weary Willie” Kelly.  He was born in 1898, and from the time he was very little, he’d dreamed of joining the circus.    He started out in the circus as a trapeze artist with the John Robinson circus, but still wanted nothing more than to be a clown.  In 1933 he achieved that dream and became the clown “Weary Willie”.  Emmett Kelly created Weary Willie as a way to make more money because his wife had become pregnant with a baby.  He wasn’t able to perform successfully until later during the Depression though.  Before that people thought he just looked like a hobo, instead of a clown.  During the Depression everyone was dressing in shabbier clothes, and his sad hobo-like costume was more acceptable.  He became a household name as one of the featured performers in the Ringling Brothers and Barnum & Bailey Circus – the “Greatest Show on Earth”.  He was also the mascot for the Brooklyn Dodgers, and was shown many times on Broadway, in the movies and on television.  One of the interesting characteristics of Willie was that he never said a word, silently speaking to the hearts of children of all ages.  He passed away of a heart attack in 1979, but he will always be remembered on Weary Willie Day every year, one of the few clowns in history that wasn’t terrifying.

Lager Day – A pint on its own is great, but lager works wonders in food, too. But beware! Depending on fermentation and alcohol levels, beers react differently when cooked. Lager, as with many beers, can be used in everything from appetizers to desserts. It makes cake very moist! Pretty good to know, right?

May the reason for the season fill your hearts with peace, happiness and love. God bless you and I’ll see you tomorrow.