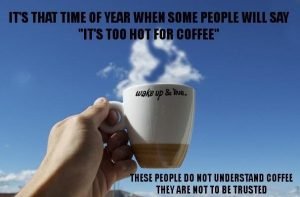 Good Morning and Happy July! I am so happy to be back that I am writing this in anticipation of the website being up and ready to use again by today. Even though my blog is simple in terms of what it is I do, I do a LOT of it, so (and this is pretty much a foreign language to me) migrating my content to a different host was a huge undertaking and one that has taken longer than anyone ever could have predicted. Because it was so much longer than anticipated to get things up and running again, rather than go back and catch up – which would take a ridiculous amount of time – I am just going to start from July 1 and move forward.

The Lord will be king over the whole earth. On that day there will be one Lord, and his name the only name.

“Your will be done on earth as it is in heaven.” Jesus taught us to pray for the day that the LORD would be the recognized King over all the earth. We look forward to that, because our faith will be shown true and the LORD himself will be glorified as he should be. In a world of profanity, a world where God’s name is blasphemed, every knee will bow, and every tongue confess that he is not only LORD Yahweh, but he is also incomparable without rival, that his name is the only name worthy of reverence, honor, and praise.

For all of my adult life, well for more than that, from the time I was a young teenager, I have been an employee. I have worked and still managed to keep a semblance of order in my home, raised a family, and everyone was fed. I do NOT understand what happens to the timeline when someone stops working. I have heard for years that people are busier after they retire than they were when they worked, and it made zero sense to me. I have not been unemployed for one whole month and I do not feel like I have a moment not spare. Of course, I have been to the dentist more in this past month than I have ever been in this short of a time span, which has taken up a LOT of time, but this is ridiculous! I almost need to be back at work, so I have time to get everything in! That sounds strange, even to me.

Build a Scarecrow Day (1st Sunday in the month) – Scarecrows are built to stand out in the garden and scare crows and other birds away. We are used to seeing them in the fall, but it stands to reason that we’d like them all set up while the garden is in full swing so that it makes it to harvest without all of the critters getting to it. I’ve often wondered how the scarecrow does its job effectively. Birds are pretty smart – at first they’ll think it’s a person standing in the garden and stay away, but after that scarecrow doesn’t move for awhile they’ll get the hint that he’s not a real threat, and they’ll start ignoring him. You can be fairly sure that when you start seeing birds sitting on your scarecrow that the bird is no longer fooled. Maybe more the scarecrow around the garden and put it in different places? It’s a thought. I always think of The Wizard of Oz when I think of Scarecrows. Fun times . . . 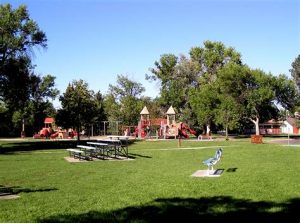 Hop a Park Day – We’ve all heard of Pub Crawls, or Art Walks, where you go from spot to spot and experience all the benefits of the different places. Well, a Park Hop is the same thing! Families put on their outdoor gear, take their various sporting equipment and picnics and go from park to park. That’s not quite as easy in some areas as the parks can be very far away from each other but picking at least one park spot today would be fun! Some parks are sponsoring events today have barbecues, nature walks, beach combing, and other fun games for families to enjoy. So, head to the park today and enjoy what your local area has to offer. 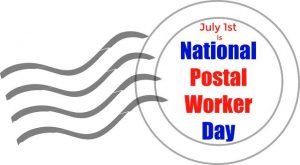 National Postal Workers Day – Every day we go to our mail boxes to see what has come for us, and though many of us know our postal carrier’s name, we don’t likely spend a great deal of time thinking about their day, how much they have to do, or the conditions in which they do it. A Seattle based postal carrier decided in 1997 that her fellow postal workers deserved a day of recognition, and this day was born! Today presents a great opportunity to say thank you for bringing your mail every day – and these days, with so many packages being delivered for Amazon through the US Postal Services, that puts a LOT more work on our carriers I know we do our part to contribute to that load in our house! There was a bit of interesting history that I ran across that I thought would be fun to pass along to you. Apparently, the postal service started shipping packages up to 11 pounds in the year 1913. Interestingly enough, the most unusual package to be delivered through the mail at that time was a small child. He was just under the weight limit – so to me that seems more like a baby instead of a small child, but I’m quibbling here – and was shipped to his grandmother a few miles away. It cost just 15 cents to send him to Grandma. This practice of sending children was stopped just a year later when the postmaster general was able to put a stop to it. I seriously couldn’t imagine mailing my baby, but it was a different time and travel wasn’t that easy, so I guess it solved a problem.

Resolution Renewal Day / Second Half of the Year Day – Every January 1st many, if not most, of us focus our attention on setting New Year’s resolutions, and by a few months in, IF we even make it last that long, we have given up altogether. Today, being the 1st day of July and the last half of the year, is a great time to renew those resolutions and put our sights to the end of the year and getting ourselves back on track. 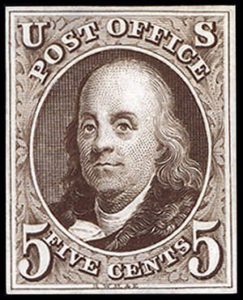 US Postage Stamp Day – We are so spoiled, aren’t we? For so many years we have been able to send and receive mail without giving much thought to the costs of doing so. Oh sure, we fuss when we buy stamps and the cost has gone up, but how many of us know why we have postage stamps and what caused this method of sending our mail? Before the invention of the postage stamp the cost of sending a letter or a package fell on the person who was receiving the mail. The postal worker would take the letter and deliver it to where it was going and collect for the postage cost. Because of this, there were times when the person receiving the mail would refuse to take it, and that would leave the cost to the postal service. The service had to set aside a fund for this and would take it as a loss. The invention of the postage stamp completely changed the entire process, making it easier, smoother and much more cost effective to send and deliver mail. It took a lot of pressure off of the person who was receiving mail too! 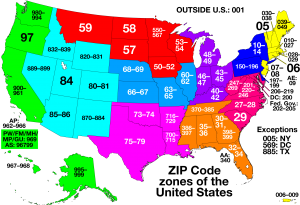 Zip Code Day – If we have an address, we have a ZIP code, right? The concept is that this string of numbers and/or letters at the end of our address lets us know just where exactly the address is! The origin of ZIP codes came from the postal district numbers that helped the mail carriers find their way within larger areas. The original cities to be divided into these sections by codes were Liverpool and London, but by the end of WWI they were spreading throughout the world, coming to the United States in the 1920’s, and by the end of WWII were used in all major cities around the world. It was somewhere around that time that the concept of the ZIP code came into being. Have you ever wondered what the ZIP stands for (it is capitalized so it means that it is an acronym). Well, it means ZONE IMPROVEMENT PLAN. Though they were intended to make carrying mail easier, they have really expanded to help with many things, including guiding emergency services to specific locations. 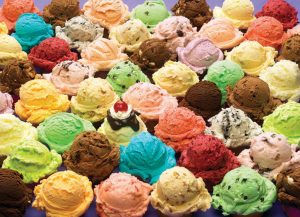 Creative Ice Cream Flavors Day – Now this sounds like a good one! Think about it, when we think of ice cream our first thoughts go to the basics – chocolate, vanilla, strawberry, etc. But at that point it’s basically a blank slate . . . a canvas for the imagination so to speak. Today is your day to create a new flavor of ice cream. Truly the possibilities are endless. At one-point flavors like Rocky Road, Chocolate Chip Mint, and Peanut Butter Cup were just thoughts in someone’s minds, and now they are not only popular flavors, but must haves for ice cream lovers everywhere. If you could come up with ANY flavor, what would it be? My mind is blank . . . there are just so many possibilities that it short circuits the thought process. I do have to say that Carolyn Ketchum from All Day I Dream About Food was challenged to make a unique treat using avocados, and I made it too. I liked it – I didn’t necessarily love it, but I liked it – It’s a Mexican Chocolate Avocado Ice Cream – a little bit spicy, a little sweet and cream from the avocado. Feeling adventurous? Give it a try! 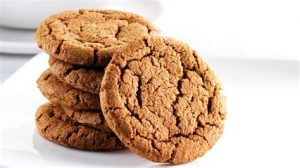 National Gingersnap Day – I love gingersnaps. When I was growing up we would often have a box of them on hand because my Dad loved them too. Homemade ones though – ooooooh – my goodness they are good. They are made from molasses, cloves, ginger, cinnamon and brown sugar. The sweet and spicy deliciousness of gingersnaps is, to me anyway, right up there with gingerbread, soft molasses cookies and anything else – and that translates to Christmas. It doesn’t make sense to me that this is something we would have in July – not that I am complaining! I love these any time. Know how they are good? Fresh baked, with homemade ice cream between two cookies, then frozen to make a gingersnap and vanilla ice cream sandwich. The best part? These can be made to be low-carb too! I know! What a stunner! Here is a recipe I found that I definitely want to try! It’s too warm to turn on the oven today, but it’s on my list.

I am pretty excited to be back online and sharing the celebrations with you, and happy to be starting with new and different things each week to shake things up a bit. Stay tuned! In the meantime, have a great rest of your weekend. I’ll share my adventures from this weekend with in a separate post next week. God bless you and I’ll see you tomorrow!