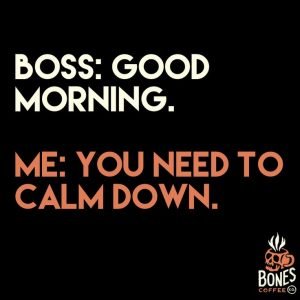 And POOF! Just like that the week has flown by and we are to another weekend. Isn’t it nice when that happens? This will be a really fun weekend.  Baby R is coming over to spend the night tonight, and his Mama and Daddy are coming over tomorrow after they get off work so we can finally celebrate Christmas together.  I’m excited to see how he likes his new, fun toys that are waiting under the tree.  Maybe after that I will think about reclaiming our house from all of the Christmas stuff. Maybe.  Just looking around at it is exhausting, much less taking it all down. BUT I don’t have to think about that just yet since we will be having fun with our precious little guy tomorrow, which leaves NO time for much of anything else. He’s a busy one!

Stop doing wrong, learn to do right! Seek justice, encourage the oppressed. Defend the cause of the fatherless, plead the case of the widow.

Do you find it easy to replace service to those in need with religious rituals? I know I do! But God wants us to not get so caught up in talking about him and celebrating his deeds, that we forget we’re suppose to care for others like he does. Whether it is Jesus defining his ministry in Luke 4:18-19 or James talking about the kind of piety that pleases God (Jas. 1:26-27), we must realize true faith is treating others as God would. Today’s verse defines what God does and instructs us to live in the same way.

Remember those good things I was planning on tracking every day this year? Well, the one I added to it yesterday was awesome.  We have been back to eating low carb just since the 1st – so four short days.  I was at work and had to go upstairs to the kitchen to heat up my lunch and realized at the top of the stairs that my knees weren’t hurting when I got there! That’s the first time that has happened for a very long time! That tells me that the inflammation is starting to reduce! Woohoo! Coming back down was easier too!  I was pretty doggone happy for the rest of the afternoon.

National Bird Day – This one is celebrated on January 5th, but it isn’t the only day of the year that we honor our feathered friends. We also have International Migratory Bird Day on the 2nd Saturday in May, and Bird Day on May 4th. People love birds.  So much so that bird watching is a favorite pastime of millions of people.  It is a very popular hobby because it can be enjoyed by everyone, no matter their age.  Bird Day is the oldest of these days, started in 1894.  National Bird Day – which is today – was started by bird activists.  They started it to encourage people to recognize the plight of captive birds, and bring attention to the exploitation of birds in the pet industry. International Migratory Bird Day celebrates the amazing journey that migratory birds make every year, traveling thousands of miles between breeding grounds in North America and where they winter in Central and South America.  A great way to celebrate this one is to fill those bird feeders in the back yard and make sure our little bird buddies who stay around all winter long have something to eat.   Here are some pictures of some of the birds that visit our feeders throughout the year . . . and some critters who also visit who AREN’T feathered.

National Screenwriter’s Day – Do you pay any attention when the credits roll on your favorite television show or movie?  The names of the big-time directors and producers are very well known, but in most cases these famous directors or producers did NOT write any of these movies or shows. They were most likely written by screenwriters.  In the entertainment industry screenwriters are known for how ell they can create a story, come up with awesome roles for actors and write dialogue that we all will remember and even quote long after the movie is over.  There are people all over the world, with their computers in front of them, writing away at the story spinning in their heads who could actually end up bringing us the next movie that everyone will be talking about.  Today, take the time to think about the genius behind the movie.  It was pretty impressive when Ryan Reynolds was receiving the award for Best Actor for the movie Deadpool rather than take all of the credit for what he’d done as the actor, he gave the credit to the writers, and that’s pretty awesome. It shows true class and a great character.  Next time you see the credits roll, if you REALLY liked the movie, make note of who the screenwriter was and look them up. They may have done other works that you would enjoy also and wouldn’t have known about if you didn’t take a few moments of your time. 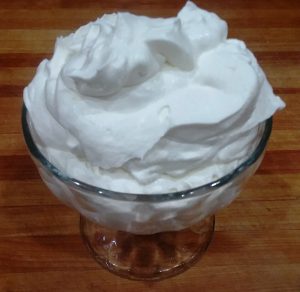 National Whipped Cream Day – Shouldn’t every day celebrate whipped cream? It’s hard to come up with any dessert (and the occasional savory soup) that doesn’t improve with a dollop.  Some of us are trying to reduce the amount of sugar that we eat, and though I didn’t think there was a great substitute for whipped cream, I did run across something that I enjoy very much.  It’s not whipped cream, but it is delicious and feels more decadent than it really is.  Take a can of coconut milk – not coconut cream.  Put it into the refrigerator for awhile, I do mine overnight.  When you take it out, turn the can upside down, open it and drain the milky liquid to use later in something else.  Scoop out the thick coconut solids and whip it with an electric mixer.  I whip in some xylitol or erythritol to get the sweet taste that I am looking for in a whipped cream.  Just be VERY careful if you have dogs and use xylitol – even the smallest amount can kill them.  Put a dollop on scones, waffles, in cocoa . . . wherever you’d use whipped cream.  I also lover regular whipped cream that comes from cows not from a coconut.  That is one thing I truly do love about eating low carb/keto. We can have whipping cream, bacon, etc.  YUM!   This is a picture of the whipped cream I made for my coffee in the mornings. It just makes everything feel more special!  I took 1 cup of heavy whipping cream and spooned in about 4 Tbsp of powdered erythritol sweetener.  I whipped it up until it had stiff peaks and added a teaspoon of vanilla. Delicious!!!

I’m out of here! We are supposed to get started boxing up the end of the year paperwork and making files for the New Year. It’s tiring work, but it does make the day go faster.  I have my coffee with my dollop of whipped cream in it, and I’m heading to the door! God bless you and I’ll see you tomorrow.